From Danbury to Taipei 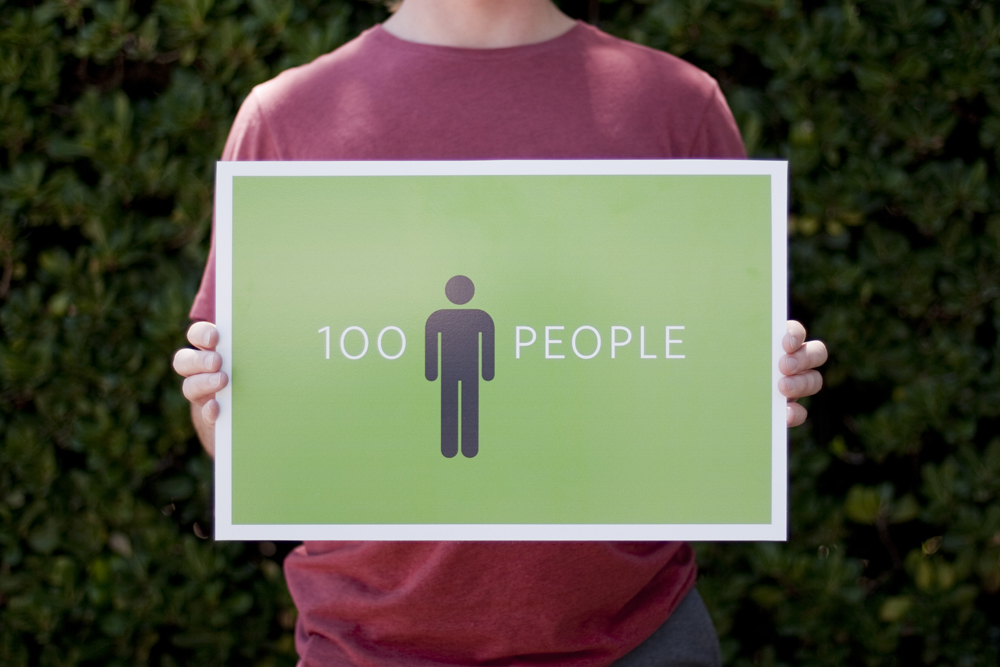 "Thanks to Michael Jordan and God's sovereignty, basketball is a huge global ministry opportunity," explains Ronnie Bush, the fourth Goer from the 100 People Network who is heading to Taiwan this summer for 2 years. Ministry looks different for different people and for Ronnie it will include using basketball to share God's love with a country where the majority of the people are considered unreached people groups.

"It's humbling to see how God's brought together my passions and life experiences for such a time," Ronnie said.

A former college basketball player at East Texas Baptist University and the Moody Bible Institute in Chicago, Ronnie is now preparing to pack what few earthly possessions he can carry in a suitcase and journey halfway across the world to a country where he's never visited, much less lived.

During high school Ronnie did what all-too-many do: run from the truth. After growing up in church, his freshman year he sat down for a heart-to-heart with God. "There's no way I can live for you, no way I can give up the things you're asking me to give up..." he rationalized. And, as Ronnie puts it, God let him wander away. It was a dark time where he idolized basketball and the approval it garnered, and he fell prey to the vain pursuit and lies of sin. But, God wasn't about to let Ronnie's story end there. His senior year, Ronnie experienced an awakening of sorts as he realized his own depravity and need for complete surrender to his Savior. That fall he was asked to preach at his church. This sermon would be a driving force in bringing his older brother back into community with God—he surrendered into ministry soon afterwards. The inexpressible joy Ronnie experienced seeing God transform his brother became a defining moment, and he would surrender into ministry himself. "It is my earnest prayer to see what God did in my life multiplied exponentially in Taiwanese youth," Ronnie explains.

Ronnie realizes God used his college experience to refine his faith and to prepare him for ministry. This foundation building continued when circumstances landed Ronnie back in small-town Danbury, Texas. While home a leg injury kept him from his basketball career. In the wake of departing church leadership, Ronnie suddenly found himself surrounded by teenagers who desperately needed leadership. What he thought would be a two-month commitment serving the youth of Danbury turned into two years. But Ronnie wouldn't trade any of it, including the chance to reconnect with his friend, Brandon, a fellow ETBU basketball player. They have a friendship akin to David and Jonathan. Brandon later moved to Taiwan and ultimately became the catalyst for Ronnie's own move when he asked him to consider ministry in a neighboring city.

Ronnie hopes, through God's grace, to utilize his Biblical and theological training from Moody and his life experiences to develop a youth ministry at a young English-speaking church plant in Taipei. Opportunity awaits for him to share Christ with students and parents at a large school located within five miles of the church. He will also have the chance to teach from the pulpit part of the year and partner with the church to take the gospel to unreached people groups in Nepal.

What has Ronnie done to prepare for the cultural and linguistic differences that await? Surprisingly, relatively little. He wants to be cautious about developing preconceived notions. "The language barrier is definitely scary. I can barely speak English and now I have to learn Chinese," he joked. And while he says he's a little nervous about being embraced by the local church, the food, and being mistaken for rapper Eminem, he knows God will provide.

He is excited to see his relationship with Christ grow as he lives a life of total trust and surrender, and child-like faith. "Ultimately what drives me is the glory of God," Ronnie said. "When we love and reflect Him, He will save souls and the burden to reach people is no longer ours alone." Ronnie can't wait to meet and learn from the people of Taiwan, to serve alongside his fellow church leaders and particularly to reconnect with his buddy, Brandon. Though they will be at different churches, they look forward to Biblical community and encouragement as they share living quarters.

At the end of the day, Ronnie hopes the Taiwanese will say of him what Paul said of the Thessalonians—that he was so affectionate and loving, he didn't just share the gospel, but his very life with them.

So if you're in Taiwan and spot "Eminem" sharing Christ and playing basketball with some local youth, stop and say hello. You'll be glad you did. Ronnie will undoubtedly welcome you with open arms. Just be sure to pack your Air Jordans.