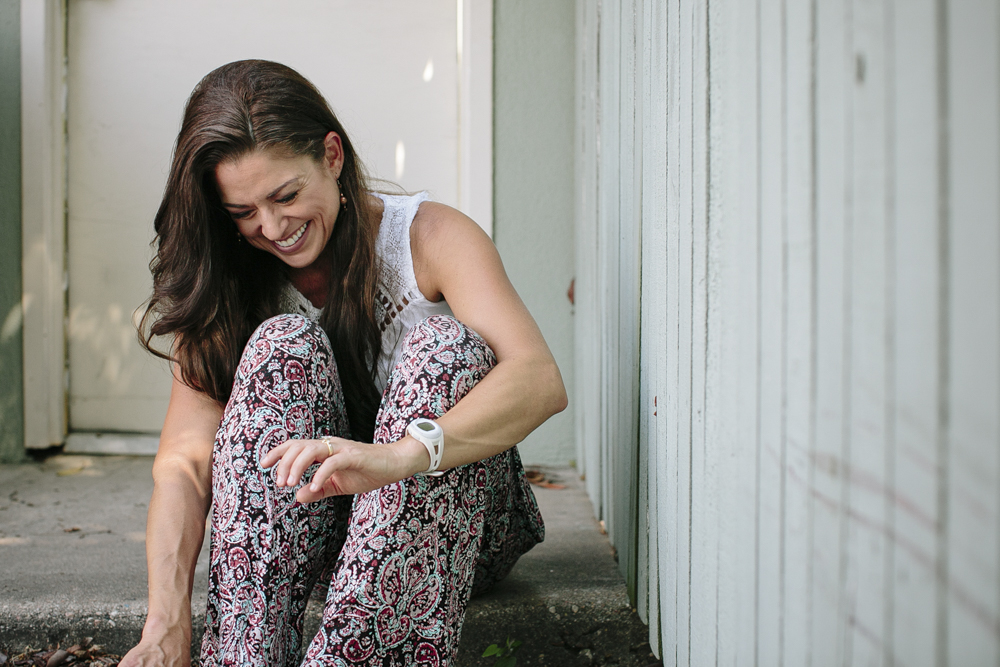 With every month that passed and every negative sign on the pregnancy tests, Shawn felt like her deepest fears were becoming a reality. Every joyful desire and hopeful imagining of a home filled with happy, babbling children and the sweet sounds of tiny feet padding through the kitchen were overtaken by the fear that her dream of having children would remain just that—a dream. Shawn thought, This is my punishment for aborting my children. This is so unfair to my husband. This is going to be my punishment.‍

When Shawn was 13, her parents divorced. The bombshell surprised and splintered their family. Starving for love and comfort, Shawn sought the attention of boys. "Sex was love and acceptance,” she remembers.

Shawn felt stuck in a cycle of sexual relationships and shame—a cycle that eventually landed her on the doorstep of an abortion clinic at age 17. Shawn stood there, young and scared, thinking that her only option was to terminate the pregnancy. So, she did.

The cycle continued, and as a sophomore in college, Shawn ended up in front of the same abortion clinic. The sadness of two abortions was overwhelming and palpable—a constant darkness that engulfed every part of her world. To cope with the grief, Shawn turned to excessive drinking, drugs, binging, and purging to distract her from the pain that shrouded her.

Several years later, Shawn married Curtis, a man who knew the details of her past, and loved her even still. With a thriving marriage and the conversation of starting a family on the table, Shawn was forced to confront that which she had run from for so long. During these talks with Curtis, she remembers, “I didn’t want to have kids because I didn’t think I deserved to have kids. I thought I would be a horrible parent.” But the desire to have children didn’t subside, and Shawn stood face-to-face with the shame of her past decisions.

After spending a year in the painful fear that she would never have a baby, Shawn found out she was pregnant. Up until this point in her life, Shawn didn’t have a relationship with God and thought of Him as merely a distant being. But when she and her husband received the news that their unborn baby might have Down syndrome, she prayed and asked God for help.

Once again, Shawn was faced with the decision of abortion. But then, she watched her daughter on the sonogram screen. "I saw her heartbeat. I saw her little fingers. I saw her face. It was amazing.” In this beautiful moment, Shawn realized that this was the same stage of pregnancy she was in at the time of her two abortions. The doctor asked, “Do you want to continue with this pregnancy?” Shawn looked up from the screen and told her doctor that abortion was not an option.

Their daughter, Olivia, was born perfectly healthy, and one year later, Shawn and Curtis found out they were pregnant again with their son, Jake. Still struggling with the guilt of her past abortions and the pressures of motherhood, Shawn spent her long days and nights as a functioning alcoholic. After fumbling her way through many bathtimes and bedtime stories in an intoxicated haze, Shawn knew it was time to get help.

With the support of her husband, she voluntarily enrolled in an intensive outpatient program at an addiction treatment center in Austin, TX. Through personal time in the Word and prayer, God began to use Shawn’s time in the treatment center to slowly and subtly draw her to Himself, healing her from the alcohol abuse and from the pain of her abortions.

After Shawn’s time ended at the treatment center, her husband’s job relocated their family to Florida, where they quickly found a church and began to connect with other believers. It was at this church that Shawn heard the gospel for the first time. Sunday after Sunday, the pastor faithfully preached about the life, death, and resurrection of Jesus. Shawn thought, If this is true, then I can live in freedom!‍

While living in Florida, Shawn got involved in a Bible study for post-abortive women, where she began to understand the depth of the forgiveness found in Jesus. “[That was] the first time that I ever heard that the cross is big enough for all sin, even the sin of abortion. That’s when I fell in love with Jesus."

Shawn, Curtis, and their two children now live in Austin, TX where they attend The Austin Stone Community Church. Shawn also volunteers with Redeemed Ministries and at Austin Life Care where she ministers to other women who are healing from abortions. Shawn walks these women through Bible study and shares her story of loss and the transformative work of Christ.

Because of the restorative power of the gospel, Shawn’s new desire is to spend her life as a minister of reconciliation to others. “The power of God’s forgiveness is incredible. That’s what frees people, right? Just knowing that you are forgiven and there is no condemnation—especially for those who have been carrying that shame and condemnation for so long!”