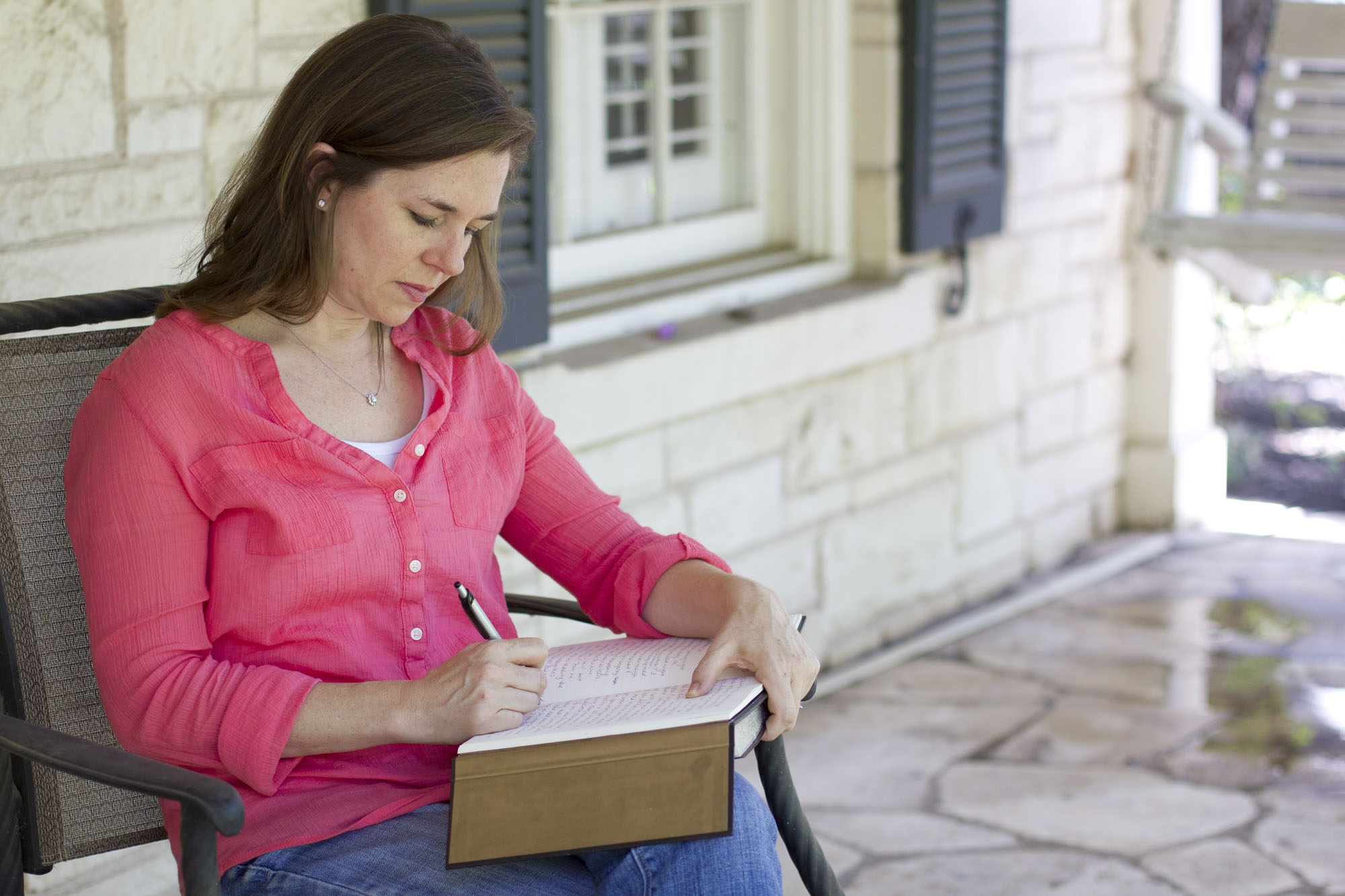 Michelle was always a people pleaser. An only child from a stable home, she was a responsible kid with decent grades and a job at age 16—things that made her parents happy. She often listened to the voices around her for both approval and acceptance, and she watched her friends for cues on how to act. Some of her friends had boyfriends, so Michelle decided she wanted one, too. Some of her friends were having sex, so when Michelle got a boyfriend at age 18, she didn’t see any reason not to sleep with him. Less than two months later, Michelle found out she was pregnant.

Michelle didn’t grow up going to church, and none of her friends were committed believers. The loudest voices in her life at the time were those of her boyfriend and the fear that resided in her head. Her boyfriend “took care” of finding an abortion clinic, and Michelle listened to the voice that said she couldn’t disappoint her parents, much less walk around with a pregnant belly—the voice that said she could forget everything, and it would all be okay.

Michelle got the abortion over Christmas break, and by the time she went back to high school to finish her senior year, she tried to convince herself that things were back to normal. She told no one what happened and stuffed the experience deep inside, determined to forget it. “I would quickly think of something else every time it came to my mind because the emotions behind it were so overwhelming, and I could not handle them,” Michelle said.

In college, Michelle turned to relationships and alcohol to fill the void. She did become friends with a Christian who was a new voice in her life. But this voice was a whisper, and the enemy roared in her ears and her heart.

She met a boy while in college, and after she graduated, they got married. But four years into their marriage, Michelle was unhappy. Nothing was big enough to fill the giant hole in her life, and they eventually divorced.

Although it had been years since Michelle got her abortion, she still kept it buried. She met and married another man, but this marriage was also troubled. Two months after her second divorce, depressed and desperate, Michelle turned to the voice that had whispered to her in college. She picked up a Bible.

In those tissue-paper thin pages, she met a God who spoke of forgiveness and redemption. Michelle was captivated. As she read Scripture, she began speaking to God, and less than two months later, Michelle came to know Jesus as her Savior. “I finally saw how God loved me,” she said. “And it changed my life. That is what I had been looking for! God’s love.”

She welcomed new voices into her life—her small group, a new Christian man who sounded different from the others, and, eventually, a Christian counselor. She grew in her faith, but there was still a voice buried deep inside for more than 20 years that needed to be heard. It was during counseling that Michelle mentioned her abortion.

Michelle learned to listen to the voice of a loving God who forgives. “An abortion is something you never forget,” she said. “I’ll always be sad. But I’m forgiven.” She has clung to Romans 12:12. “Rejoice in hope, be patient in tribulation, be constant in prayer.” She also began to talk about her abortion experience, telling her husband and her parents.

“Recovery wasn’t easy,” Michelle says. “My counselor had me write letters to myself at age 18, to God, and to my unborn baby. That was the hardest letter of all. I felt like since I had chosen this sin, it was somehow worse than other sins. I felt like it was unforgivable.” Despite the pain, Michelle knows she’s been forgiven, and she now has a voice to help other women uncover their shame and guilt.

In 2010, five years after becoming a believer, Michelle began leading an after-abortion Bible study called “Forgiven and Set Free” at Austin LifeCare. She helps women who have had abortions recover and discover the voice of the loving Father that she finally heard, telling them they are, indeed, forgiven and set free.

Together, they memorize this verse that still speaks comfort and assurance to Michelle: “Therefore, if anyone is in Christ, he is a new creation. The old has passed away; behold, the new has come." (2 Corinthians 5:17)