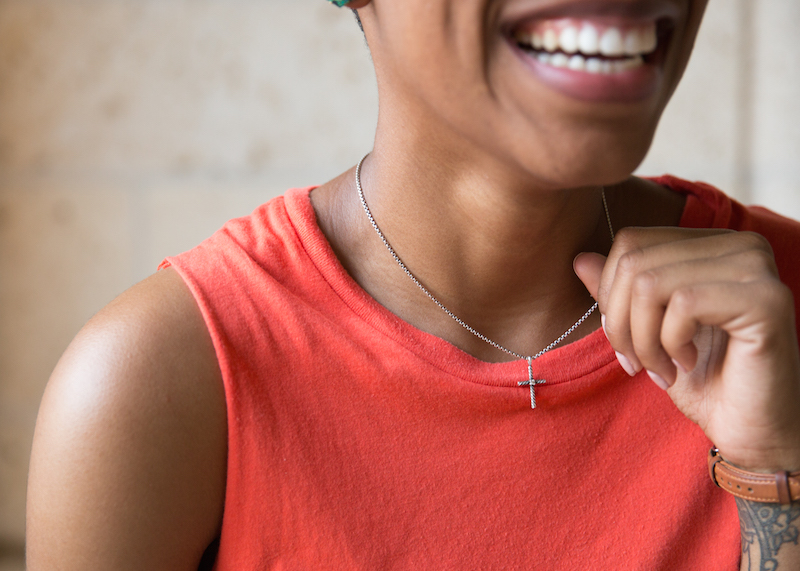 “God, why did you let me go through this?” Malayia cried out through tears, lying facedown on the floor of her dorm room. “Why have you forgotten about me?”

The weight Malayia had carried all semester was too heavy for her to bear. She’d reached her breaking point.

Malayia grew up in Beaumont, Texas and dreamed of attending the University of Texas at Austin (UT). After graduating third in her high school class, she became the first person in her family to attend college. She came to UT planning to major in biology and pre-med and become an OB-GYN. She also arrived with high expectations of herself and of God.

Classes were tougher than she expected and it wasn’t long before she knew becoming a doctor wasn’t for her. But her own expectations and the pressure to succeed drove her to chase after a life that felt unattainable. As the semester wore on, fear of letting her parents down held Malayia captive and fed her the lie that she was alone.

With no friends or family she felt she could talk to, she spent hours lying in bed with tears streaming down her cheeks. She went on walks and considered stepping out into traffic. On the four-hour drive home each weekend, she pondered driving her car off the road to escape the failure, stress, and disappointment once and for all.

If God really loved me, she thought, He wouldn’t let me struggle this much. If He loved me, I wouldn’t have thoughts of ending my life.

“I felt like God betrayed me,” Malayia recalled. “He wasn’t doing anything about [the despair]. It was just getting worse.”

After she struggled through her last final, Malayia walked back to her dorm room to pack a suitcase for winter break. As soon as she closed the door behind her, she fell on her knees and sobbed. She couldn’t see a way out, and had all but given up hope that life could be different.

Her face pressed into the linoleum floor, she cried out to God one more time and asked why He left her to go through life alone. For what felt like an eternity, she pleaded with God to tell her why He’d let her go through such hardship.

Tears streamed harder down Malayia’s face as a warm sense of relief washed over her. The built-up stress of the semester melted away and, for the first time, Malayia experienced true rest in God’s love instead of a dependence on herself.

In the months that followed, Malayia learned there was more to a relationship with Jesus than she had previously believed. She first heard the gospel in middle school and was attracted to the idea of knowing God. She was baptized, and throughout high school continued to go to church and read the Bible, but her faith never really became her own.

“I had no roots,” Malayia said. “I didn’t have faith. I just had expectations of what I thought God needed to do for me."

After that day in her dorm room, Malayia’s faith grew as God revealed the truth of the gospel. She realized she had been consumed with living up to worldly expectations. She had tried to find her worth in her own strength and performance instead of relying on the work Jesus had already accomplished for her on the cross.

When she returned to UT after winter break, she got involved in a campus ministry where she was surrounded by caring people. God began to heal her heart as she opened up about the depression she’d experienced. Malayia also started regularly attending The Austin Stone Community Church.

“I felt like I finally found a place in Austin where I could come and be completely myself,” Malayia explained. “Austin Stone provided a place for me to really take the plunge into my faith with God. I was finally able to say, ‘Okay, God, you’re in control.’"

As Malayia continued to heal, she was drawn to Exodus and identified with the Israelites’ view of God while wandering through the wilderness. Like theirs, Malayia’s ability to see God’s goodness and provision had been clouded by disappointment in unmet expectations.

“God wasn’t giving me what I thought I wanted, but what He knew I needed,” Malayia said. “Now, I look back and can see His provision. He took me through this storm to establish my faith, and teach me to rely on Him.” Prayer is a reminder to Malayia that Jesus is her strength and that following Him instead of her own desires is what will bring her true joy.

“Now I know that I’m never alone, and I could never let God down,” Malayia says. "I know now that I’m loved no matter what."