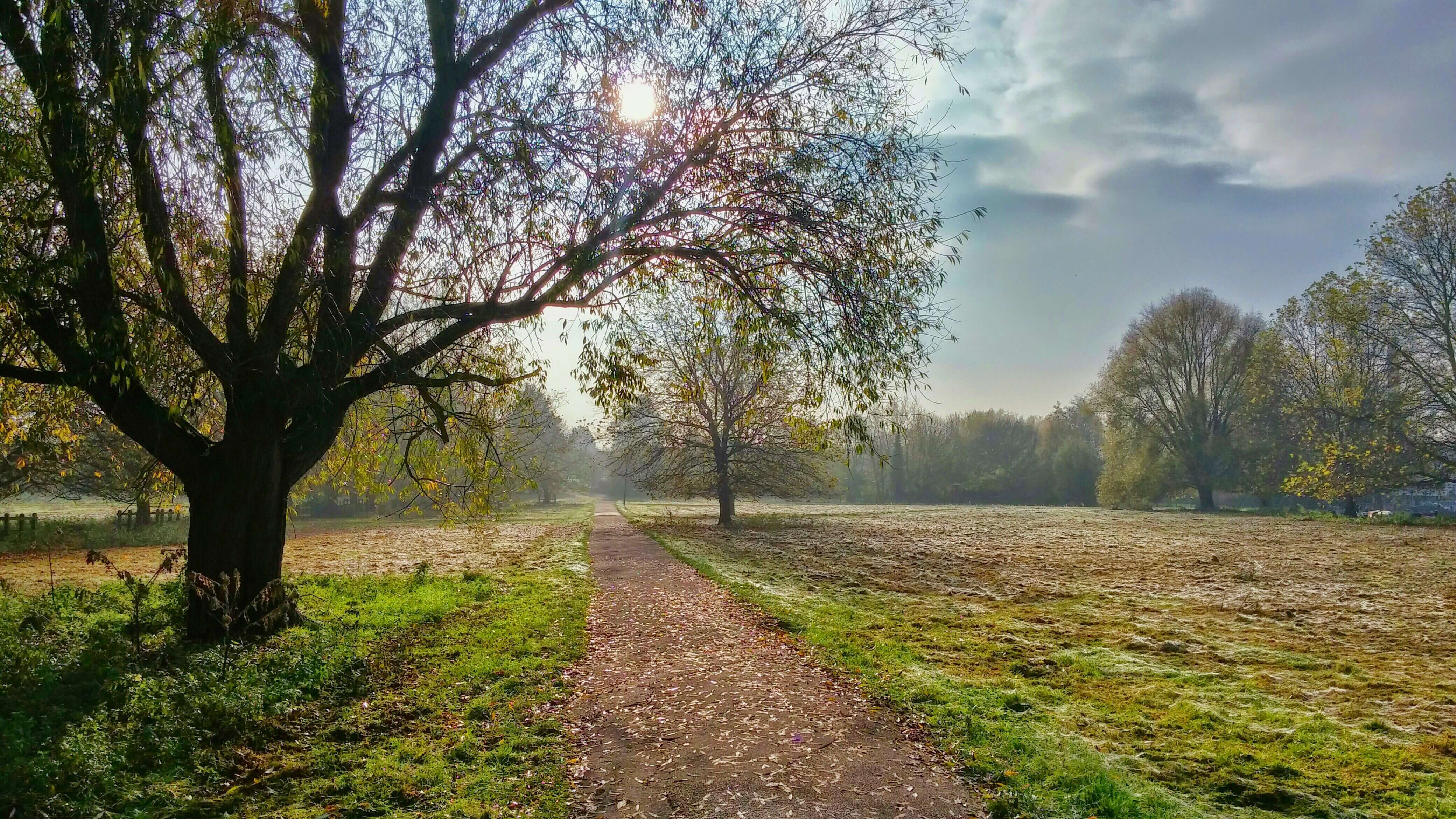 I was nine years old when I first tangled with perfectionism. (At least, it’s my first remembered encounter. My mom probably recalls something different.) I got a “C” on a grammar test. While most kids would accept that grade with delighted relief, I didn’t. I felt like a failure. To me, a “bad” grade wasn’t a letter grade; it was a mark against my moral fiber. I spent the next week berating myself and dedicating hours to understanding the laws of verbs and diagrams. I was determined not to suffer anything less than an “A” going forward.

As far as I know, I didn’t. I established and maintained a pristine honor roll status. But the achievement did nothing to combat perfectionism. Perfectionism lingered, a constant presence needling me with the thought that I wasn’t good enough and would never be good enough. To fight that idea, I would need succor other than achievement and determination. I would need God and His grace and wisdom.

Throughout the years, God has not only provided wisdom and grace but also proven Himself a much more faithful and kind companion than perfectionism. Perfectionism belittles. God lifts me up. He gives me, as one of our new songs from Austin Stone Worship says, “a better word.” God reminds of the better way. That way encompasses a lot of things, but the following five came to mind during a recent bout of perfectionism.

Decide Whether to Create or Be Perfect

Perfectionism cripples. It puts the act of creation at a towering height. Every word, brushstroke, string of code has to be perfect at their inception. If they’re not, the artist/writer/insert other maker topples headlong into perfectionism and its downward spiral of doubt, guilt, and self-inflicted railery. Rather than confront the perils of creation, the maker refuses the climb. They choose safety and comfort over the risk and danger inherent to the creative process.

But safety and security are poor comforts, especially to the person called to create—and I mean “create” in the broadest sense, from architectural drawings, business plans, and mathematical theorems to murals, choreography, and memoirs. I realized that truth as I sought to put thoughts into words and drawings as an undergraduate. It came with a complimentary epiphany: I could create, or I could be perfect. I could not, however, be both. I could either accept the messiness of creation, along with its risk of failure, or never attempt anything ever again for fear of it being “imperfect.” I decided on the former. The act of making, despite its risks and dangers, was and is infinitely more satisfying than the pursuit of perfection.

I like how Neil Gaimain juxtaposes perfectionism and creation. In an interview with Tim Ferriss, Gaiman says, “What you cannot fix is the perfection of a blank page. What you cannot fix is that pristine, unsullied whiteness of a screen or a page with nothing on it, because there’s nothing there to fix.” Exactly. My first draft, whether it be writing or art, may be a wreck. But it’s something. I can work with it, mold it into shape.

Perfectionism produces pride, too. The perfectionism, though, may not appear as blatant self-promotion, as in the statement, “Look what I did.” Instead it hides beneath a mask of false humility by deflecting praise.

The deflection works a strange magic. It feels right to acknowledge other writers, artists, and creators as more skilled or gifted. And maybe it is. It’s good to recognize and celebrate other people and their gifts. And yet—something about the deflection remains off-kilter, wrong. A friend helped me realize one part of the issue; he told me deflecting a compliment was like trampling on a person’s gift. If he went to the time and trouble to recognize my talent, I should accept his compliment as I would any other thoughtfully given gift, with gratitude and grace. To do otherwise was to hurt the gift-giver and to deny them the opportunity of engaging with me and the thing I created.

The other part of the issue resides in a denial, conscious or unconscious, of God’s handiwork. Deflecting a compliment is, at best, a diminishment of God’s gifts to me. It downplays my abilities, says they’re of little importance. But they matter a great deal for God gave them to me, and He gave them to me for a reason. At worst, the deflection conveys a wish for other talents, to be made in a different way. It suggests I know better than God, which is both prideful and hurtful. How would I feel if one of my creations stepped off the page and asked, “Why did you make me thus?” I would feel hurt and betrayed, and if I, with my flawed love and incomplete knowledge, feel that way, how much more would God feel, the One who made me in faithful loving kindness and perfect knowledge?

Remember the Source of Confidence

Perfectionism often produces crippling fear and pride. It also frequently suggests people “control their destinies.” Everything, from the smallest, most trivial decision (Should I have avocado toast or granola for breakfast?) to the largest, most transformative one (Should I accept this job or marry this person?), depends on the individual. They are the captains of their ships, and when it comes to their work, they are the sources of inspiration and confidence.

But such sources are finite and fallible. Confidence crumbles for all sorts of reasons—failure, sure, but the size or scope of project, fatigue, and doubt, too. And inspiration? Inspiration is a fickle friend. It snubs invitations to visit, no matter how the person strains. When either confidence or inspiration dissipates, the illusion of control shatters. The world will not conform or perform to the maker’s perfect equations. Life proves more complicated than they ever anticipated.

Here, the difference between what the world says and what the Bible says becomes vivid. The world says to wrest control back by planning harder, working longer hours, taking a retreat—to do whatever it takes to achieve the picture-perfect career, lifestyle, etc. The Bible says different. It says God is in control of everything, including me and the ins and outs of my days. He, not me, strengthens and sustains when disorder—imperfection—descends. He is my ultimate source of confidence and inspiration, and a never-ever running out one at that. God is and always will be my source of sustenance, confidence, and inspiration whether the work comes easy or hard. He remains constant, a perfect, fixed point upon whom I can rely.

Decide to Rest Instead of Perform

Perfectionism also says I am the sum of my work. It’s an easy lie to believe, particularly in a culture that urges me to be the best, to pull myself up by my bootstraps, to work and work and work, demand my rights, break through the ceiling, etc. When I believe those things, I shoulder a burden I was never meant to. Rest becomes a distant memory or merely the means of greater efficiency and productivity. It no longer restores, for it is no longer connected to God, the One who conceived of and instituted rest in the first place.

The longer rest remains disconnected from God, the harder it becomes to cease from toil and strife. Josef Pieper, in his essay “Leisure: The Basis of Culture,” offers an explanation. He says, “We tend to overwork as a means of self-escape, as a way of trying to justify our existence … The inmost significance of the exaggerated value which is set upon hard work appears to be this: man seems to mistrust everything that is effortless; he can only enjoy, with a good conscience, what he has acquired with toil and trouble; he refused to have anything as a gift.”(1)

To correct the lie, I have to remember the truth. In Christ, I am God’s daughter. God made me for more than work, even if that work makes His name great. He made me to know Him, to so enjoy being His daughter that I can’t help but make Him known to others. He made me to reflect Him. He also gave me unique talents and skills, not so that I would be consumed by them, but so that I could enjoy them and use them for His glory and other people’s good. And—He gave me rest and play and wonder, things I have to receive as the gifts they are. I do not work for those things; they come unbidden, without effort, a means of grace, not ability.

Finally, perfectionism isolates. How can it not? Its chief goal is to be, not the best, but the most perfect. It dismisses collaboration and community because the successful perfectionist should be entire to themselves. They shouldn’t need help or desire to be known as a real person, a person with struggles and flaws and yes, imperfections.

But the reality, according to the Bible, is that humans were made for community. God embedded it in humanity’s design. Admitting I need help and other people is not some great moral failure; it is good, right, and true. When I welcome people into my work or join them in theirs, beauty results—and I’m not talking about the end product, although it almost always improves with other people’s input. No, what I speak of has to do with the people of God. I see them as God sees them. I witness how He knits us together, the same way He knits me. The sight fills me with awe, and in seeing it, I respond by turning away from isolating perfectionism and toward a community where I belong.

Over the years, I’ve discovered many truths to counter perfectionism’s lies. But the most convicting, life-shattering one is that God has entrusted me with a certain amount of time, with certain talents and gifts. That means I am not an owner but a steward, a humble servant, a recipient of God’s manifold grace. My gifts are not for me and my benefit but for God’s glory and people’s good. When I keep that truth in mind, perfectionism loosens its grip. I step into a space brimming with possibility and create with the joy and confidence my Father and King so abundantly and graciously supplies. 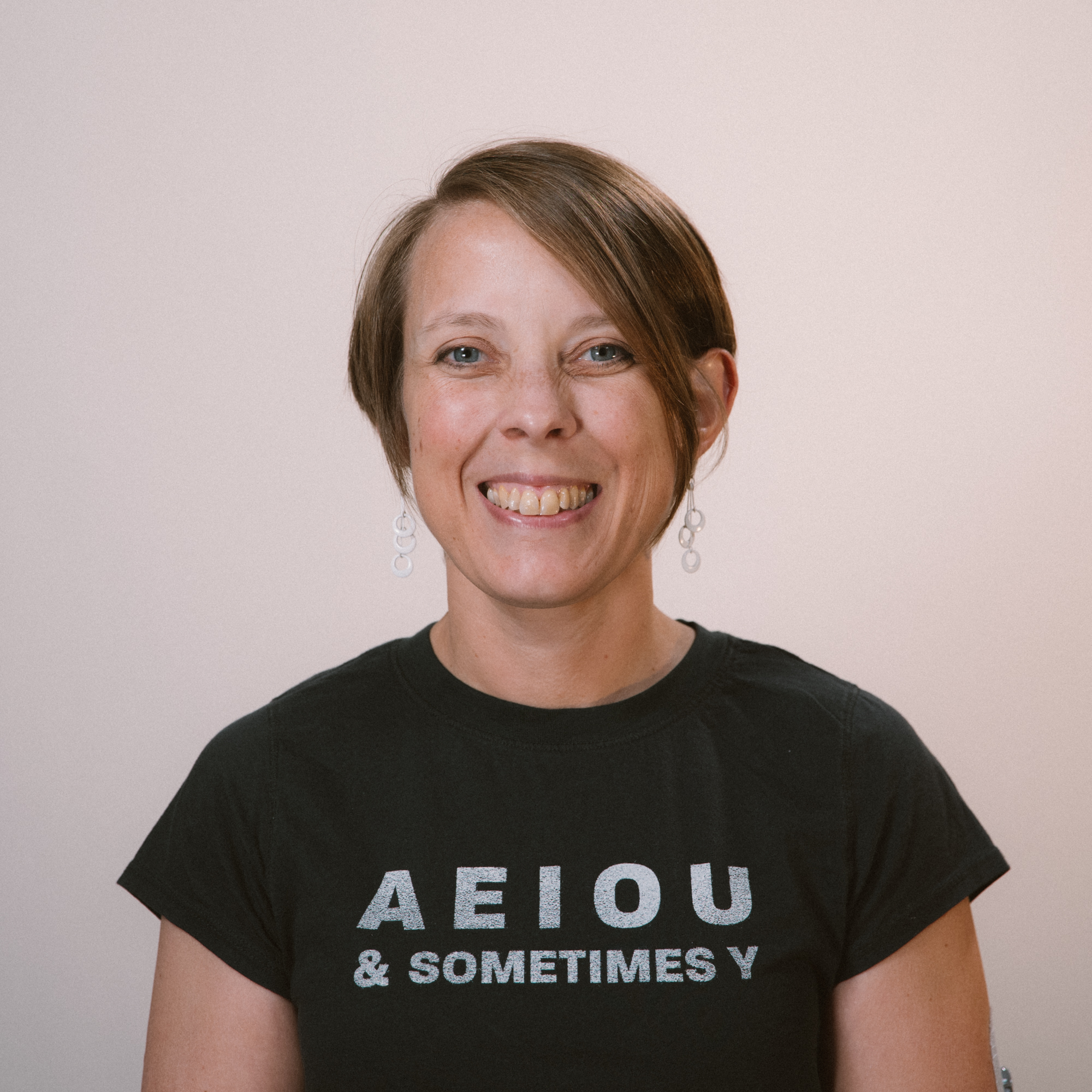