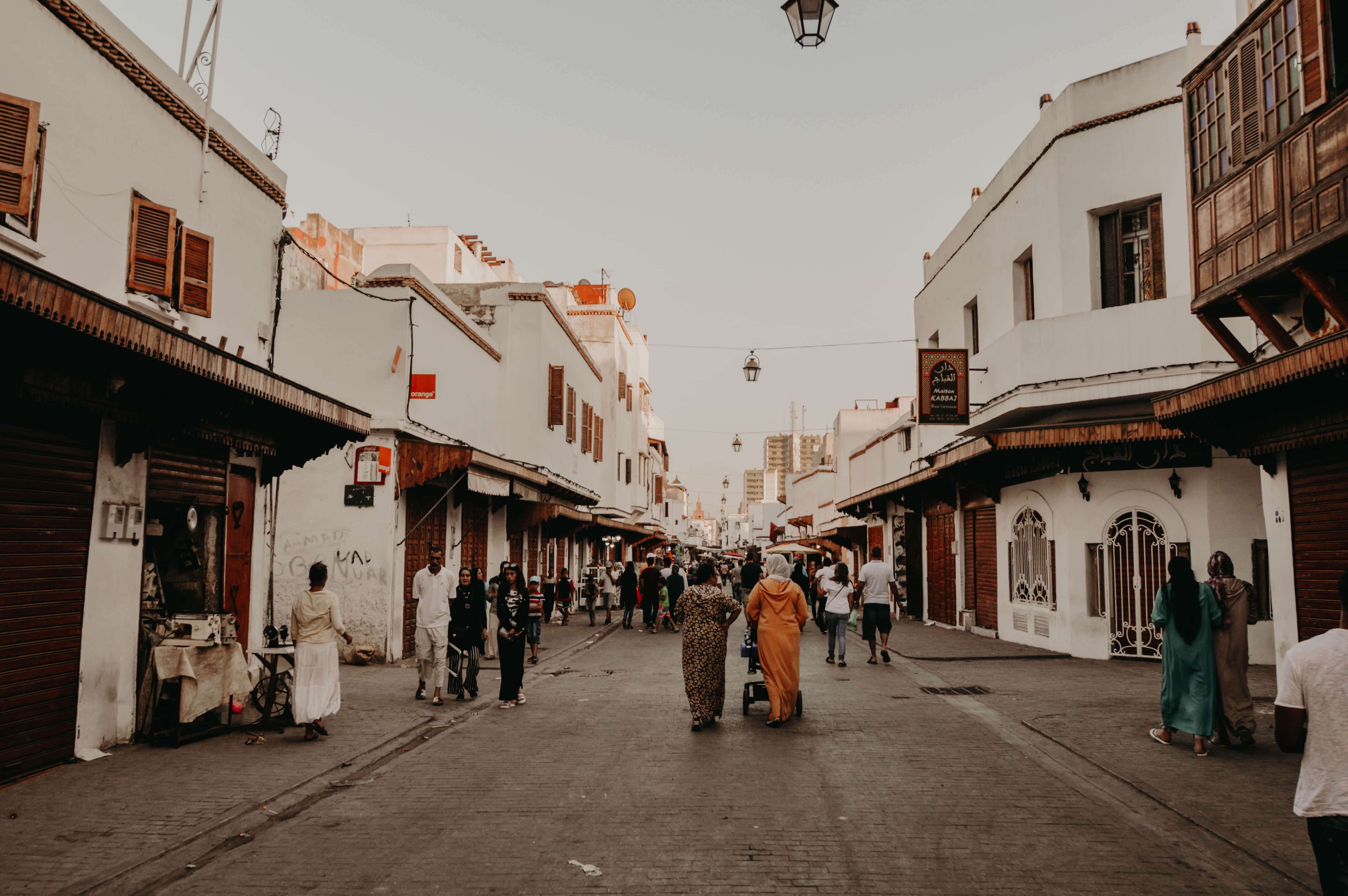 How does a church send a hundred missionaries to the field in only five years? What kind of structures, skills, and resources must be available to accomplish such a feat?

According to the story of missions at The Austin Stone, it actually requires only one simple thing: an active, living faith in a God who is able to do “immeasurably more than all we ask or imagine” (Ephesians 3:20 NIV).

Since The Austin Stone was planted in 2002, there’s been a foundational commitment to the promise of Ephesians 3:20. One of the founding pastors, Matt Carter, didn’t set out for the church to be a major missions force, but to instead be unwaveringly committed to the supremacy of the name of Jesus above all else.

“The Austin Stone wasn’t built around a missions DNA or even around the Great Commission,” Todd Engstrom, Executive Pastor of Ministry Strategies, said. “Instead, it was built around the supremacy of Jesus and begging God to do far more than we could ask for or even imagine.”

Having a heart of worship centered around the praise of God allowed The Austin Stone to follow the passions of His heart. God’s heart is made clear throughout all of Scripture: “All the nations you have made shall come and worship before you, O Lord, and shall glorify your name” (Psalm 86:9 ESV).  Because God is a global God, The Austin Stone grew to be more and more of a global-focused church.

“We’ve been asking ourselves from the very beginning of planting the church, how can we be a part of what God is doing among the nations?” Peck said. “We were trying to not work primarily with tasks and functions; we’ve always been an identity-driven people. So one of the things we've talked about often is trying to go back to some of the root of who God made us to be as people and made us to be as a church.”

Those roots are founded in Matthew 28:18—knowing that Jesus called all of His followers to make disciples of all nations. Because God’s heart is to see His kingdom and His glory come to all people, the heart of The Austin Stone followed.

“God’s scope is global, so our scope is global,” Peck said. “It doesn’t excuse us from work at home, and it also doesn't excuse us from work in the [unreached] 10/40 window. We’re going to be a people who ask God to make us into His image bearers and His ambassadors, so wherever God sends us, flourishing ought to begin to happen around us. And we as a church want to train our people for that purpose, here or abroad.”

But the fruit of this conviction did not grow overnight, nor was it without significant trials and setbacks.

The early years of The Austin Stone included a lot of learning, failure, and mistakes in the process of establishing the global vision of the church. Strategies for partnerships, short-term trips, and equipping the flock were formed through trial and error. And even though many of the things went horribly wrong, it was “even more important to learn from our failure and try again,” Engstrom said.

Then came 2009, a pivotal year in the life of The Austin Stone. The missions pastor at the time, Joey Shaw, felt God leading and affirming in him a desire to go overseas. As Shaw told Kevin Peck about the direction he was heading, Peck made an offhand comment that would shape the history of missions at The Austin Stone: “What if you took 100 people with you?”

‍A seed born by the Holy Spirit was planted, and the genesis of The Austin Stone’s strategic vision for engaging the nations took root. A few months later, Matt Carter preached on Ephesians 3:20. He shared The Austin Stone’s dream of sending 100 people to the field and the vision for missions was quickly established.

“God, in His grace, started for us in 2009 a trajectory of pursuing a clear and measurable goal,” Engstrom said. “We desired to be a church not only who would participate in The Great Commission, but that would be committed to sending 100 people from our body for two years or more to serve among the unreached.”

Though the vision was clear and confirmed, the path to prepare and send goers was not. There was a significant need to develop support mechanisms to assess calling, character, and competency. Again, God was quick to guide the steps of the church, bringing Andy Kampman, Long-Term Mobilization Director, to The Austin Stone to establish these mobilization mechanisms.

And yet, trials were not a thing of the past for The Austin Stone; indeed, some of the most significant challenges laid ahead. The heart of the church was again shaped by a life-altering moment that came in 2013, when one of the first goers from The Austin Stone was killed in the field.

“In that moment, what became real for us as a church was that God has called us to suffer and we have to count the cost,” Engstrom reflected. “It’s not just an exciting vision that we can pursue, or an opportunity to do training; suffering will come. God saw fit to test us and test our commitment, not to just the Great Commission, but our belief in Jesus’s blood really being worth the sacrifice of our very lives.”

Though tested, the church did not waver. God allowed The Austin Stone to experience what it meant to “share in Christ’s sufferings” (1 Peter 4:13 ESV) and to “count it joy when you meet trials of various kinds” (James 1:2 ESV).

The Austin Stone was refined through this experience and came out with a stronger, more sobered commitment—Jesus is worth every cost we may face.

Adaptable In Our Days

With a refined conviction that Jesus is truly worthy of worship, The Austin Stone continued to develop its sending structures through training, stateside support, an international field office, and more. God was faithful as ever and continued to bless the efforts of the church body. By 2014, the vision was realized: The Austin Stone sent out its 100th goer to the field.

After this momentous milestone, the question was soon asked—what’s next? Knowing that the primary goal of sending is to see disciples made overseas that grow into healthy churches over time, a new iteration of the 100-people vision developed. The Austin Stone desired to see 100 churches reproducing to the fourth generation.

But “this vision was too small in light of Ephesians 3:20,” Engstrom said. By God’s provision, the goal was accomplished only four years later in 2018.

This led to the next development of vision that still exists today, a true “more than we can ask or imagine” goal:

Such a goal could not be accomplished alone. Its birth led to the development of the 100 UPG Cooperative—a coalition of churches committed to the vision of seeing churches planting churches in 100 unreached people groups—of which The Austin Stone is a founder and partner.

Today, mission strategies and structures are again being tested and grown. And God is again being proved as faithful and gracious in blessing the effort of His children. As of 2021, The Austin Stone has sent over 250 goers and the Cooperative has seen the beginning of three church planting movements among the unreached.

At the heart of the visions, goals, and strategies, however, remains an unshakeable love for Jesus Christ. “The primary reason we are focused as a church on unreached people groups is because Jesus is worthy of all worship,” Kampman said. “Right now, He is not getting all the worship that He ransomed and paid for, because all the people groups of the world are not yet worshiping Him. And yet, that’s what is going to happen as we see in Revelation 7:9.”

By God’s grace, as The Austin Stone continues to think strategically in decades and remains adaptable in our days, this heartbeat of exalting the worthiness of Jesus above all else will remain. After all, we are convinced that this pursuit is the very heart and mission of God.

‍This article originally appeared in the Spring 2021 edition of the Field Memo. Read more stories from this edition here.

for the nations
field memo