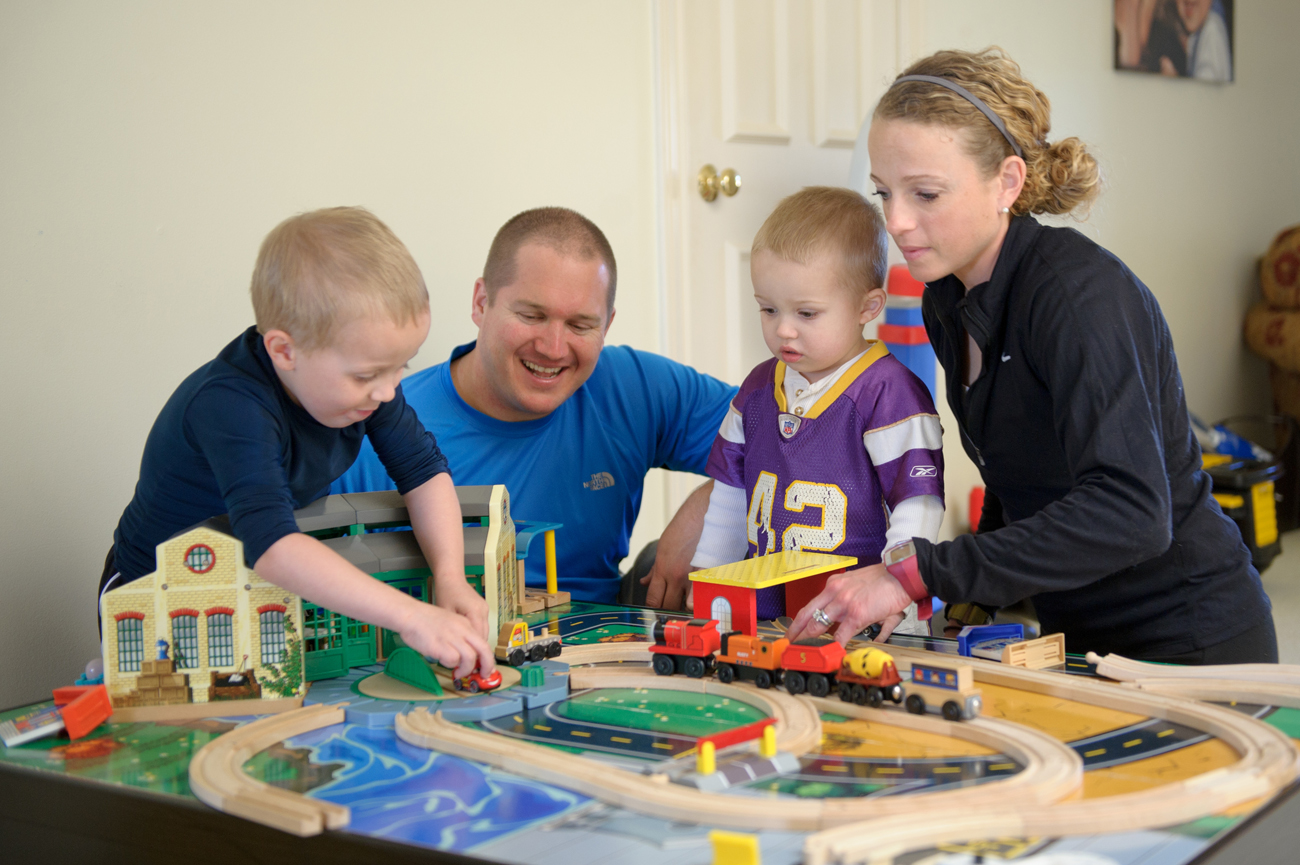 Julie Manning lives with the possibility that each day could be her last.

Two years ago, during the birth of her second son, Julie’s life abruptly changed. Her heart began to beat in a lethal rhythm. As her new baby took his first breaths, she felt herself slip in and out of consciousness. She clearly had a serious incident with her heart. An arduous process of testing began.

Six weeks later, Julie was diagnosed with heart failure. Doctors told her that if things continued to decline she could be facing a transplant. Julie then went into surgery to correct her arrhythmia, the abnormal way her heart was beating. Once inside, doctors realized that that her condition was much worse than anticipated. Correcting the arrhythmia was impossible. Her heart stopped on the operating table, and she had to be shocked, not once but twice, to be revived. When she woke with defibrillator burns, Julie was told she was at risk for sudden cardiac death. At any moment, without warning, her heart could simply stop beating. She would live with a defibrillator and a pacemaker implanted in her chest.

Now instead of worrying about where to find a babysitter, Julie wondered each day if would be her last. She trained her 4-year-old son on what to do if he found her on the floor and couldn’t wake her up. When her husband walked out the door to go to work, she wondered if she would see him again. She woke each morning not knowing if she would be there to put her children to bed that night. Each time she took her boys for a walk in the stroller, she wondered what would happen to them if she had a cardiac arrest on the sidewalk. Would a stranger find them on the side of the road? Would she get to watch her boys grow up? Would she be there to teach them about how much God loves them, how he has reconciled them to himself?   Would she get to show them what a life lived loving God looks like?

Julie fought depression. She spiraled down as she realized that she could no longer control anything in her life. Mercifully, God helped her come to grips with the very possible reality that she could die at any moment. And God dealt with Julie’s idol of control.

To say that Julie is no longer in control of anything in her life anymore is an understatement! She grieved the loss of not only her own future, but also her future with her husband and children. As God began to comfort her, he revealed to her that even though she wasn’t in control – he was. She began to appreciate what a wonderful gift God had given her. Without the heart condition, she could have continued to try to control her own life. With the heart condition, she learned to rest in the reality that it was and is God who controls every beat of her heart and every aspect of her life.

Then, 15 months later, tragedy struck again. Julie collapsed at church with a heart attack. She remembers her dear friend praying over her in that moment. Realizing the gravity of what was happening, Julie asked the friend to make sure to tell her boys about Jesus. “This was another moment to trust Jesus in the sovereignty of his hand over my every breath and heart beat,” Julie said.

The pacemaker kept her heart beating at a steady rate and she survived the heart attack. This time.

“There has not been one day in the past two years that I have not been faced with my mortality and the brevity of life. It impacts how I live,” Julie says. “Yet, Jesus has given me peace about departing from the earth and heading to heaven at age 34 or 44 or 84. God has taught me that he is able. Just as the wind and waves obey his voice, the muscle fibers and electrical system in my heart also obey his voice. So, I pray with belief that he is able to perform miraculous healing today just as he did in the gospels.”

What’s ahead for Julie? Only God knows. “I have the faith to pray for healing. But, given the choice between healing and suffering, I choose suffering every time. I choose suffering because I know my own heart’s ability to take my gaze off of God and revert to focusing on myself. So, I chose suffering – it keeps my eyes centered on God.”