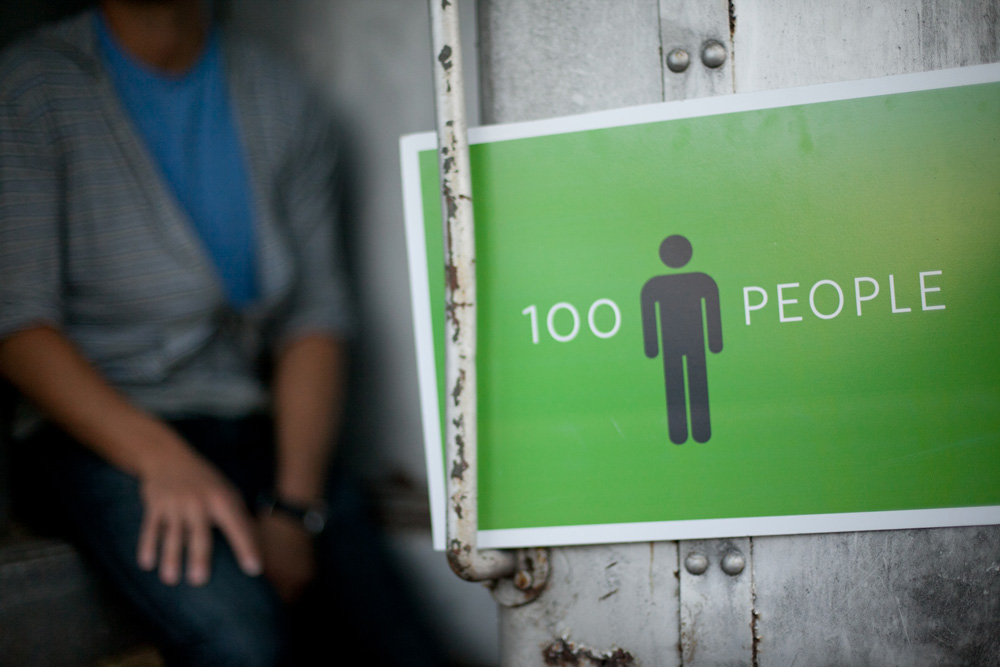 "I like to collect first edition, pre-1800s Russian literature and translate it, comparing them to existing English texts. And I love music. We're gonna start a band when we get over there. They don't really even know it yet, but the guys all like to write music and record and stuff. I recorded three Christmas albums. 'Mary Did You Know' was a hit."

"Well, I wrote the disco version."

Seth's bellowing laughter rang throughout Kerbey Lane Café as he chronicled one of many humorous anecdotes. "Seth will be our comic relief," his team members explained. This revelation needed no explanation: it manifested itself quite nicely. Coupled with his bushy beard and infectious grin, it was no stretch to quickly imagine Seth making a huge impact for Christ no matter where he is.

Seth is part of a seven-person team that will spend the next year apprenticing in Pennsylvania before moving overseas long term. While in training, they will learn language and cultural practices in preparation for serving in South Asia. Along the way, the team will be learning from and working with other believers who have years of experience ministering in Muslim communities. Typically, individuals train for a shorter amount of time and are sent overseas to join an existing team. But Seth's team will be preparing together and will eventually launch as a unit, going to an area with no church presence.

Seth and his teammates may be normal people, but the spiritual climate in which they will be living and serving in is anything but that. Simply put, it is dangerous – but they know God will be with them every step of the way.

Seth started his "normal guy" life in Weatherford, Texas. He remembers reading literary works in high school that told of characters who faced a huge loss or had a crisis of faith and were driven to seemingly maniacal ends – throwing themselves into danger or even suicide. "At the time I thought, If I ever face those things, then my response is going to be that I'll go this foreign place where I might die for the sake of telling people about Jesus ... but that's the only time I would ever do that."

"A lot of people look at what we are doing to be almost like suicide because we are going into a place that faces terrorism every day. But looking at my life right now, my faith in God is at an all-time high. I've got everything to live for. I've got my whole life ahead of me, but this is the only thing I want to do now, which is such a switch from what I was thinking in high school."

So how does a guy who can't imagine himself serving overseas arrive at a place where he is preparing to move to one of the most difficult countries in the world? Seth points to a few big things that led him in that direction, with the first being a trip to Ecuador he took just out of high school. It was the first time he had stepped into a leadership role in the church. In fact, he was fairly certain that he would be going into youth ministry.

But those aspirations soon fizzled out, seemingly unexpectedly, during his time at the University of Texas. "I couldn't explain why. Then I moved in with a friend who was on fire for sharing Christ with Muslims," he explained. It was here that Seth seemed to really find his passion: international ministry.

The following summer found Seth filming a documentary about the first martyrs of the Turkish church. It was there that he got his first look at what it looks like to be a Christian amidst oppression. "I got this sense that this was what I was going to do the rest of my life in one way or another. I started to realize that people in different cultures are going to worship God in different ways and the fact that there are [other] cultures out there without Christians means that there are expressions of worship that aren't being made."

While teaching last year, Seth drove by the airport each day and desired to just pull off the road and travel somewhere. "I realized that, like Paul who went to Antioch because Barnabas asked him, I didn't need to wait for some huge sign telling me that it's time to go. The desire was there – I felt I was ready and I should just go."

Within a month, he connected with leaders and team members at the Austin Stone and his decision had pretty much been made. And he hasn't looked back since. "It will be unique being the only single guy amidst the three couples ... or being the only single Christian in the country for that matter," he explained. "But being able to do ministry with these folks who I know and care about already will be worth it."

How long will they stay? "As long as needed," Seth said. "But once our presence is hindering the growth of the church and the people, it will be time to move on. We'll reevaluate every few years and see what God has for us."

God undoubtedly has big things for Seth and his team – and hopefully South Asia has a large supply of pre-1800s Russian literature.