Even When You Are Faithless 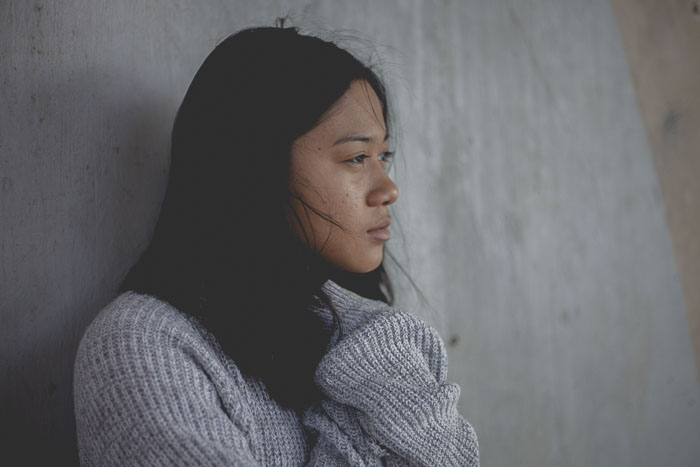 Sylvia is no stranger to suffering.

When she was 7 years old, her parents divorced. Her mother battled depression and bipolar disorder, so Sylvia and her two sisters, Cita and Jess, lived with her father. His anger and hostility characterized her childhood: dinner plates thrown across the kitchen, the TV screen smashed, the couch destroyed and its shreds strewn throughout the living room. For Sylvia, trauma was normal. When her sisters ran away, she stayed. She wanted to study the mess, to search for an explanation in the suffering.

At age 11, Sylvia began a relationship with Jesus but it quickly turned legalistic. The experience of her father’s wrath skewed her view of God, and she struggled to understand the fullness of God’s grace. For the next seven years, Sylvia’s desire to feel worthy trapped her in a self-destructive cycle: she strived for perfection, fell short, rebelled, isolated herself and then aimed for perfection again. Earning her righteousness was up to her, Sylvia believed.

“I didn’t believe God cared about my heart, or the hurt I had experienced,” Sylvia said. “I had to do everything right, turn my life around, and then God would care about me.”

One night, Sylvia admitted to a friend, “I know I need to change.”

In a moment of grace, her friend responded, “Sylvia, you can’t change you. Pray and ask God to change you and to show you what his grace means.”

“It was the most profound thing anyone could’ve told me,” Sylvia said.

Sylvia asked God to open her eyes to what grace meant, to what walking with him really meant. One night while sitting in her apartment, God answered her prayer. In a moment of clarity, Sylvia saw how God used her traumatic childhood experiences to draw her to himself. Instead of running to him, she had tried to earn his love. She had strived to fulfill her own longings that only Jesus could satisfy. In that moment, Sylvia decided she must follow Jesus with her whole heart.

Soon after, she visited The Austin Stone Community Church and became part of a community group where many deep friendships spurred Sylvia on toward Christ.

During this time, Sylvia talked with her older sister, Cita, about how God was changing her heart. Cita was processing the hardship of their childhood, battling severe depression and considering how to end her life. While praying for her sister, Sylvia felt the Holy Spirit clearly lead her to move Cita into her one-bedroom apartment. Even though Sylvia lived in a tiny space, was busy with school, and didn’t have the finances to support them both, she obeyed, and a few weeks later, she and Cita were sharing a room.

Sylvia became Cita’s physical and emotional caretaker: she cleaned the house, bought groceries, and managed the finances in an effort to serve her sister and share the love of Jesus. Her efforts seemed useless as Cita spent her days researching the most effective methods of committing suicide. Sylvia struggled with bitterness and anger toward her sister, but continued to pray and trust God to heal her.

“God, I’m completely surrendered to you,” Sylvia prayed. “I’ll do whatever you want me to in my life. Do whatever you need to grow me so you can use me.”

In the months that followed, Sylvia faced even more trials. Her oldest sister, Jess, attempted suicide. And as Sylvia cared for Jess, Cita stopped taking care of herself completely. After almost nine months of caring and praying for Cita with no improvement, Sylvia began to doubt God’s goodness and control in suffering.

Then, already drowning in doubt, Sylvia received a call that her recent ex-boyfriend had died in a car accident.

“If that’s what happened when I surrendered my life to God, I didn’t ever want to pray those prayers again.”

Expecting to lose Cita next, Sylvia’s heart hardened and she stopped praying. But on Cita’s birthday, she told Sylvia about her mental battle and how she wanted to be healed. Until 3 a.m. that morning, Sylvia listened and implored Cita to turn to Jesus.

The next day, Sylvia was out with friends when Cita called and asked if Sylvia wanted to go out to eat.

“The fact that she wanted to go out after not seeing sunlight for four months was insane,” Sylvia said. “The first thing she said when I got home was, ‘Jesus changed my mind.’”

The two sisters went out to eat, got pedicures, and talked at length about Jesus and how he had healed her mind overnight.

“That night Cita showed me a letter she wrote to leave behind when she ended her life,” Sylvia said. “In that moment, I realized God’s absolute sovereignty in suffering. He knew her heart, her intentions, and called her by name to heal her.”

God gently assured Sylvia of his promise in 2 Timothy 2:13, “Even when you are faithless, I am faithful.”