Equipping the Saints: The Role of a Mobilizer 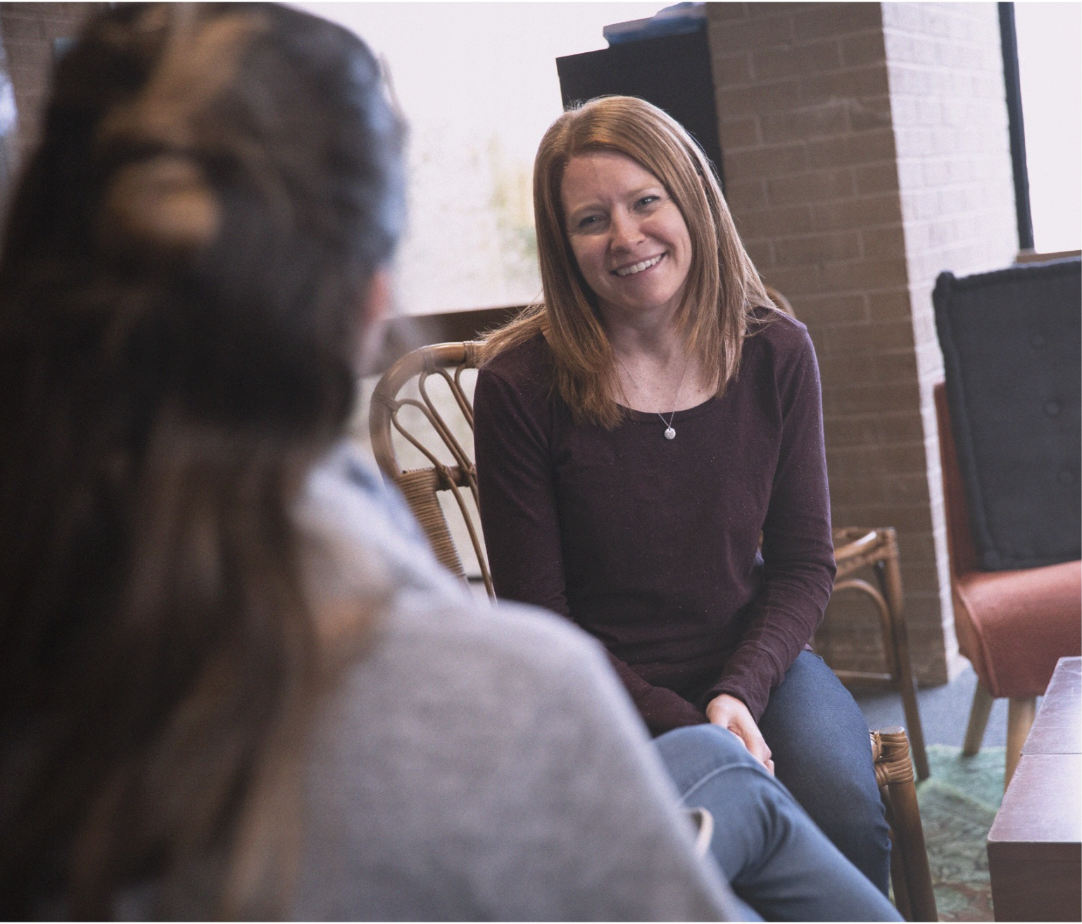 When the command of Jesus is preached to go and make disciples of every nation and baptize them in the name of the Father, the Son, and the Holy Spirit (Matthew 28:19), some believers feel drawn to move overseas to serve among unreached people groups. As they wrestle through the process, a mobilizer is a steady presence in helping Christ-followers discern their calling and training them to share their faith in varying cultural contexts before they ever get on an airplane.

The dictionary defines a “mobilizer” as someone who assembles others into readiness for active service, prepares them for action, and brings a full stage of development. Those definitions help sum up what Rachel does as a long-term mobilizer at The Austin Stone.

“The most fulfilling aspect of my job is to see God work in people’s lives and get to walk alongside that. He’s the one who changes hearts and moves people into greater dependence, greater obedience, and a greater desire for the things He desires,” says Rachel.

God moved Rachel’s own heart to work among the unreached when she heard about the need during a sermon at The Austin Stone in 2009. Rachel felt prompted to head to the mission field after she learned 40 percent of the world’s population has never been told about God’s plan of salvation through faith in Christ alone. Initially, she didn’t know what that meant for her life, but she wanted to be part of what God was doing.

“I knew there were people in the world that didn’t follow Him, but I thought they had heard, rejected the gospel, and followed other religions. I had no idea they had no one to tell them about Jesus. Learning that so much of the world still has no access to the gospel, while I grew up with tons and tons of access and still didn’t follow Jesus until I was 18, broke my heart,” remembers Rachel.

She spent two years in South Asia where she served on a team that focused on Bible storytelling. They worked among people groups with an oral culture who learned predominantly by hearing. Rachel’s team would gather interested people and tell them stories from Scripture over the course of 10 weeks. They would begin in Genesis and work their way through the history of redemption leading up to Jesus’ death and resurrection and the early church, tying every story to Christ and giving them opportunities to follow Him.

“It was a huge grace of God to allow our team to see several people come to faith and to get to baptize them and celebrate their new life in Christ. I also really enjoyed getting to train local believers. I cast vision for them and equipped them to go and take the gospel to these places that have never heard, knowing they will be way more effective than a Westerner would be,” says Rachel.

Equipping the Saints in the States

When God led Rachel back to the States after her initial two year commitment of serving overseas, she wanted to continue playing a role in God’s plan to tell every tribe, tongue, and nation about Jesus.

Now in her third year as a mobilizer on staff at The Austin Stone, she helps people learn about the pipeline to the mission field. She helps people discern whether God is calling them to fulfill the Great Commission by moving overseas. She then works to train them on how to share their faith in the comfort of the States before they do it in a cross-cultural setting.

When someone at The Austin Stone expresses interest in learning how to intentionally share their faith, they can join a Disciple Making Intensive called a DMI. It’s a ten-week long commitment, and the idea is to learn how to make disciples in your current context. DMI’s consist of a committed community of believers who hold each other accountable to reading the Bible everyday, sharing their faith throughout the week, and spending time in corporate prayer. The group also reads a book together that talks about God’s heart for the world. Once a DMI wraps up, Rachel says some participants choose to apply what they’ve learned in their workplace or neighborhoods and feel called to stay Stateside, while others are stirred to join a short-term trip or an Advocacy Team. But for those who want to pursue moving overseas, they are encouraged to join a Goer Missional Community, also known as a GMC.

In a GMC, participants are prepared in a variety of ways for moving overseas including similar spiritual disciplines practiced in DMI’s. Primarily, that looks like an abiding relationship with Jesus which is strengthened through daily Bible readings, curriculum, and Scripture memorization. Rachel leads GMCs and works primarily with single women.

During the nine-month GMC training, she models evangelism tools and practices them alongside members of her group. “We learn about church planting and how to make disciples here in Austin first before trying to do that in a foreign context. So we practice lots of tools and go and implement them together around the city. My role is to model and equip people by teaching the basics of spiritual multiplication, the idea of training disciples who then go and make more disciples.”

Rachel also helps her GMC learn about potential places where they might serve among unreached people groups. She connects them to healthy teams on the field and walks alongside them as they navigate potential matches. “We will Skype with team leaders, and talk to people on the team, pray, fast, ask God for clarity until there are matches and green lights going forward in the process.”

As she shepherds people through the process, she helps group members walk through character development to help make sure they are well-positioned emotionally and spiritually for the field. “We work through past hurts and wounds and any sin bondages. That’s a big part of development and my role in shepherding people,” says Rachel.

She has seen God dramatically change lives during the nine-month process. Some people begin with little interest and grow in their desire to move overseas, while others experience more of a roller coaster of wanting to move one month and changing their mind the next.

“Getting to see God work through all of that is so encouraging,” says Rachel. “Just being with people walking in close relationship with Him, seeing them drop priorities they had before, surrender more of their lives, and watch their hands open to what He has in mind for their life.”

In particular, a woman at the age of retirement sticks out in Rachel’s mind as someone who had to count the cost of giving up a comfortable American way of living. The woman has several children and grandchildren and still chose to move overseas to an unreached people group to share her faith. Instead of settling for an easy retirement and the nearness of beloved family members, she stepped boldly into the Lord’s calling.

“That’s what faith is, walking into the unknown, confident in God who knows everything, not confident in figuring it out ourselves. If we could see every step along the way we wouldn’t need faith to walk forward,” says Rachel.

Rachel encourages those who are wrestling through whether God is calling them to move overseas, not to let fear stop them, especially those worries over not feeling “qualified.” She points out that the basics of faith are the main foundation of what needs to be communicated to people who have never heard the name of Jesus.

“The greatest truth is that following Jesus is the only qualification needed because you have the Holy Spirit, and He provides power, wisdom, and counsel. Plus, you have the body of Christ to rely on. Here at The Austin Stone specifically, we have a decade of experience of learning from goers on the field, changing things that need improvement, and walking people through the process. Our desire is for people to come join us.”

Mobilizers are available at every Austin Stone congregation to answer questions about evangelism training and serving overseas. If you are interested in learning more about joining a Disciple Making Intensive or a Goer Missional Community, check out austinstone.org/forthenations.