Do We Serve a Self-Centered God? 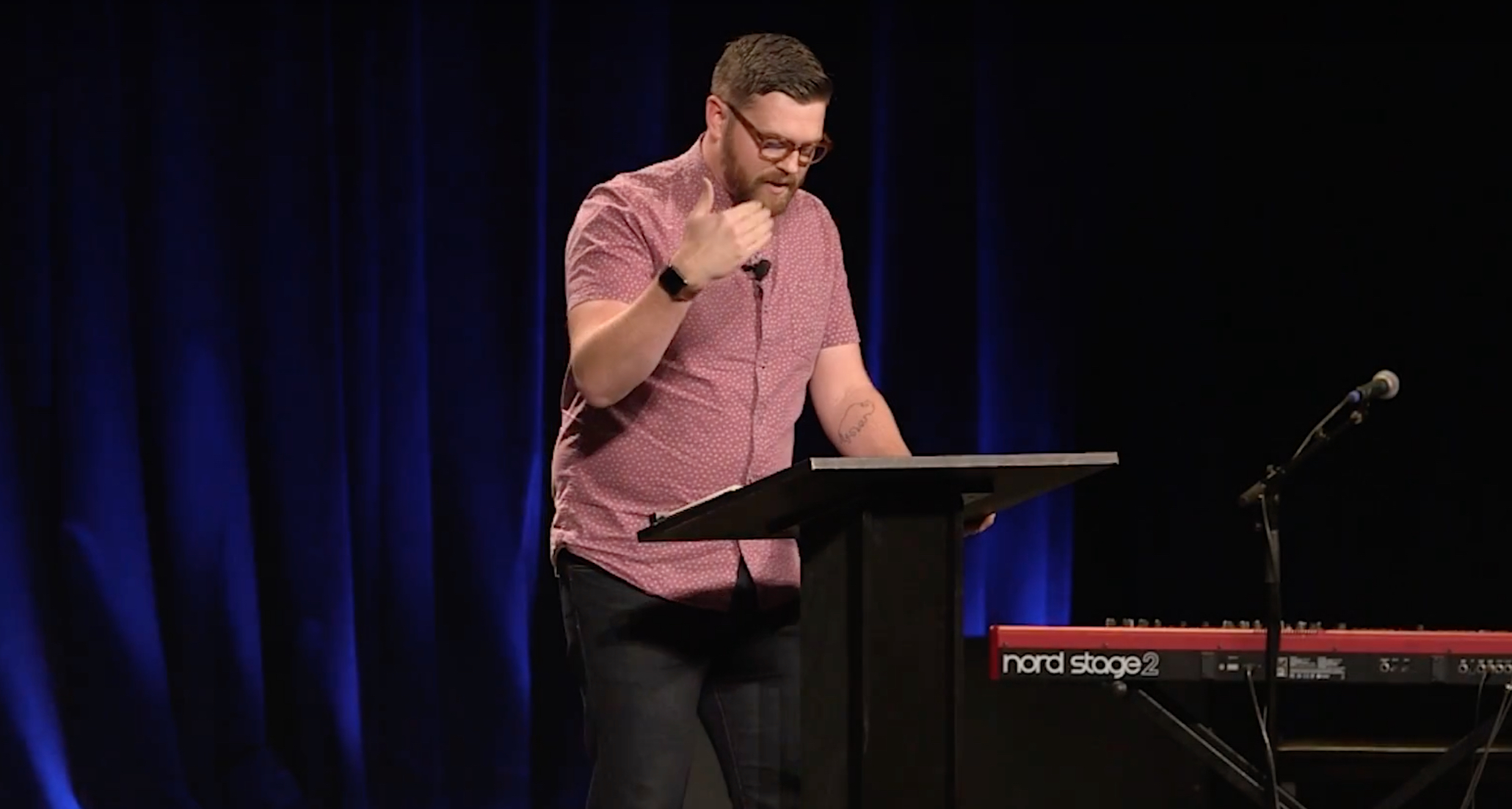 Chad Kincer talks about God’s zeal for his own glory and how that does not make him conceited or cocky. God rightfully brings attention to himself because he is who he says he is.

Chad Kincer: Our hearts typically want to reject or dislike someone who is out for their own glory. Maybe one of the reasons why you’re hearing this and you’re uncomfortable with it, or you’ve read this before and you still don’t get it, and you still don’t like it, and you want to focus on God being something other than centered on himself – one of the reasons is that you’ve come across people like that who are centered on themselves, so absorbed in themselves, and you don’t like them. So why would I like God if he was like that? That’s the first reason.

The second reason is that we see in scripture that you and I are taught not to be like that. The number one reason we might struggle with this is that we’ve met someone like this and we didn’t like them, and secondly, we’re taught in scripture, “Hey, don’t be self-centered.”

Philippians chapter 2 says, “Do everything not out of vain conceit or selfish ambition, but consider others better than yourself,” right? The Bible itself teaches you not to be like that, so we’re wondering why God wouldn’t submit himself to a similar kind of ethic or rubric.

These are a couple of reasons why we typically trip up over this truth. Let me kind of tease these out and show you why they’re not what we think they are.

First, we don’t like people who seem to be enamored by their own intelligence or strength or skill or good looks or wealth. We don’t like cocky people, right? We don’t like them. “Okay I get it, you’re better than everyone.” And you kinda roll your eyes, and you give them the eye-roll emoji three times on your phone. No one wants to be that guy.

From our own human perspective, when we see someone acting that way, when we see someone being the Penelope on SNL, always “one-upping” everything everyone else says, when we see that happening we automatically assume, “Okay, they’re either covering up for some sort of deficiency or weakness that they have and deflecting from that, or they’re just a massively insecure person, and they’re swinging the pendulum in the opposite direction.” That’s typically where we come from on that, but the answer from scripture, when it comes to God, is that those things couldn’t be farther from the truth.

Insecurity has no part of God and his being. At no point is God insecure or uncertain or wavering or unsure of himself. He’s also not weak, that he might have deficiencies to cover up for. Romans 11:36 says that all things are from him and through him and to him. He’s not weak. The only reason that we know anything that we know in creation or in our consciences or in our experiences is because God has created everything that we can see, feel, taste, and touch. He’s not weak.

So everything exists and owes its existence to God, and no one can add anything to him which already flowed from him. God’s zeal seeks his own glory and to be praised by men because it’s what is true. It’s what’s most clear and defined in all of the universe. He has no weaknesses that he needs to compensate for deficiencies.

When we come around this and we go, “I’m not sure if I want a god like that because I’ve met someone like that and I didn’t like them.” Well, God’s not like that. When he shows off, he’s not trying to compensate or brag about something that’s not actually true to make you believe something about him that’s more than what he really is. He’s actually showing himself off and calling you to look at something and bring attention to something because of what it actually is.

We don’t have to sing songs about God’s beauty hoping that he’s beautiful. God’s not telling you to look at the mountains and see their majesty to consider his splendor and his might. He’s helping you look at something to see him as he really is. When we say God’s beautiful, we’re not trying to make him look like something more than he is. We’re trying to say what he really is.