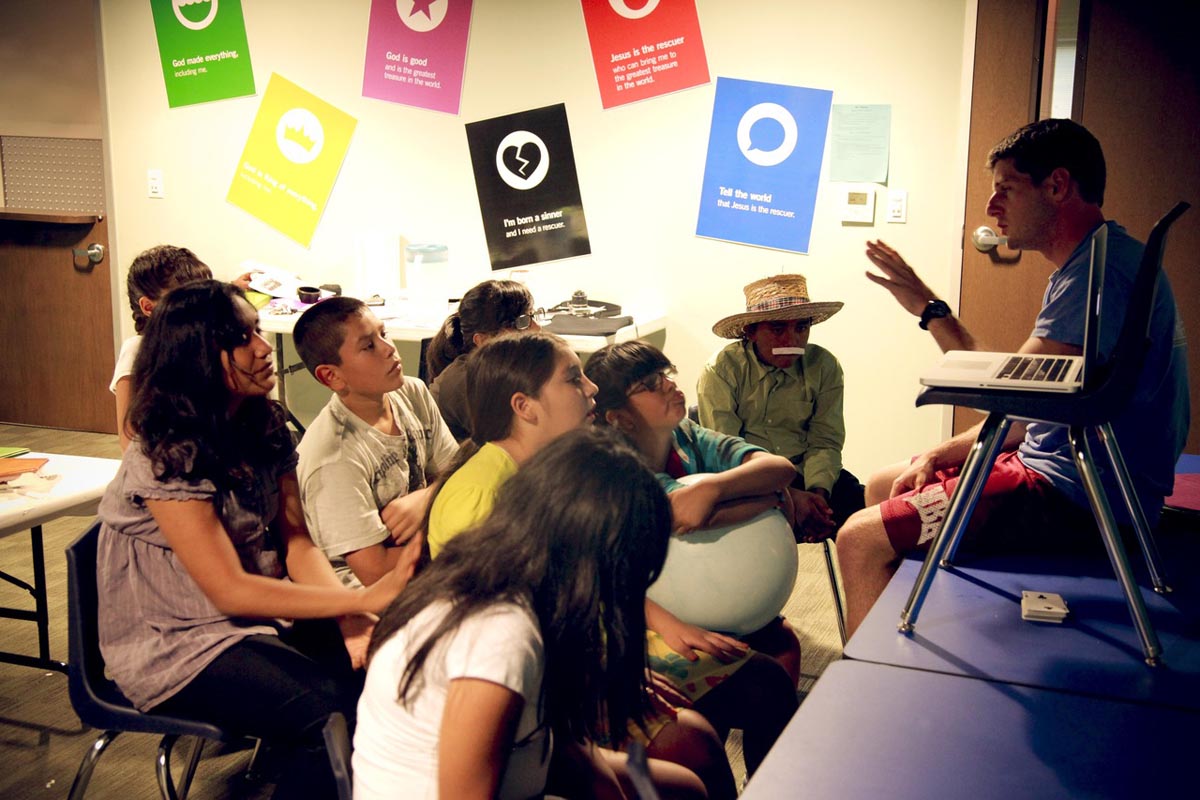 "Does this picture tell a story?" Lauren asked.

Eight middle school students leaned forward in their chairs and furrowed their brows. To them, the picture didn't seem to mean anything. All they saw was a stop sign at a street intersection - the corner of Blessing Avenue and St. John Boulevard.

A month before, Chelsea and Brandon had made a list of hopefuls who might embrace this project. They prayed, then called each student and invited them to the class. Chelsea and Brandon pitched the experience as an opportunity to learn about leadership by studying photography.

The idea for the class first emerged when Lauren and Hudson discussed summer project ideas with Chelsea and Brandon at one of their weekly St. John community outreach potlucks. All four, who serve in the children’s ministries of The Austin Stone Community Church, realized God had given them the same vision to see God move tangibly on the streets of St. John through the youth. The four friends wondered if they could teach students how to look at themselves and their community in a new way. They thought photography could foster that new perspective.

This was the first class, and most of the students hadn't met before. They didn't know about the prayers and planning, or about the folks who had donated cameras so the class could start. They didn't yet see that a picture could convey a wealth of emotion, narrative and imagery.

Lauren flipped through the first week’s set of the student’s photographs on the projector as the class critiqued each one. With each photograph, she reinforced technical skills and the broader narrative behind the shot.

"Good Vanessa! It's not just a street sign; it shows a place where people live, maybe where they’ve grown up. It's a corner where some people turn every day, but others simply drive past without a second glance."

Every Wednesday the students learned about the rule of thirds, lighting, angles, focal point, and how to tell a story through their photographs. More importantly, they discussed how they could invoke positive change in St. John and practiced skills to become leaders for their neighbors and peers.

The photos the students brought to class improved with each week. While at first, a dozen photos seemed impossible, they began bringing more than a hundred different shots, and some students displayed a natural eye for photography.

After five weeks the tentative answers grew into outspoken opinions. One person thought every shot should be candid (or “Canadian,” as they called it). Another student insisted on taking more photos of her dogs. But slowly, the students realized their photographs were a medium to explain their views of their world. They saw themselves as advocates with something to contribute.

Near the end of the six weeks, the eight served as Kids Club junior counselors with a local afterschool ministry called Side By Side where Chelsea worked. Each youth helped lead and teach a group of elementary kids different attributes of who God is. While they cleaned rooms, served lunch, and emptied trash cans, they learned to be servant leaders. A short while later, they got the chance to share what they had learned.

The atrium of the For the City Center hummed with quiet conversations as adults looked at the students’ photos. Each student had picked a topic in St. John to emphasize. These shots were compiled and presented in a gallery of their creativity and vision.

Six photos, a headshot, and a short biography glowed under the yellow track lighting. Just to the side, each student stood explaining their work, telling the stories about why they decided to take each shot—the Fourth of July fireworks, the bus stop, the stadium, the siblings.

The four teachers stood in amazement and wondered what stories were yet to be told in St. John.

for the city
hope
mission
serving