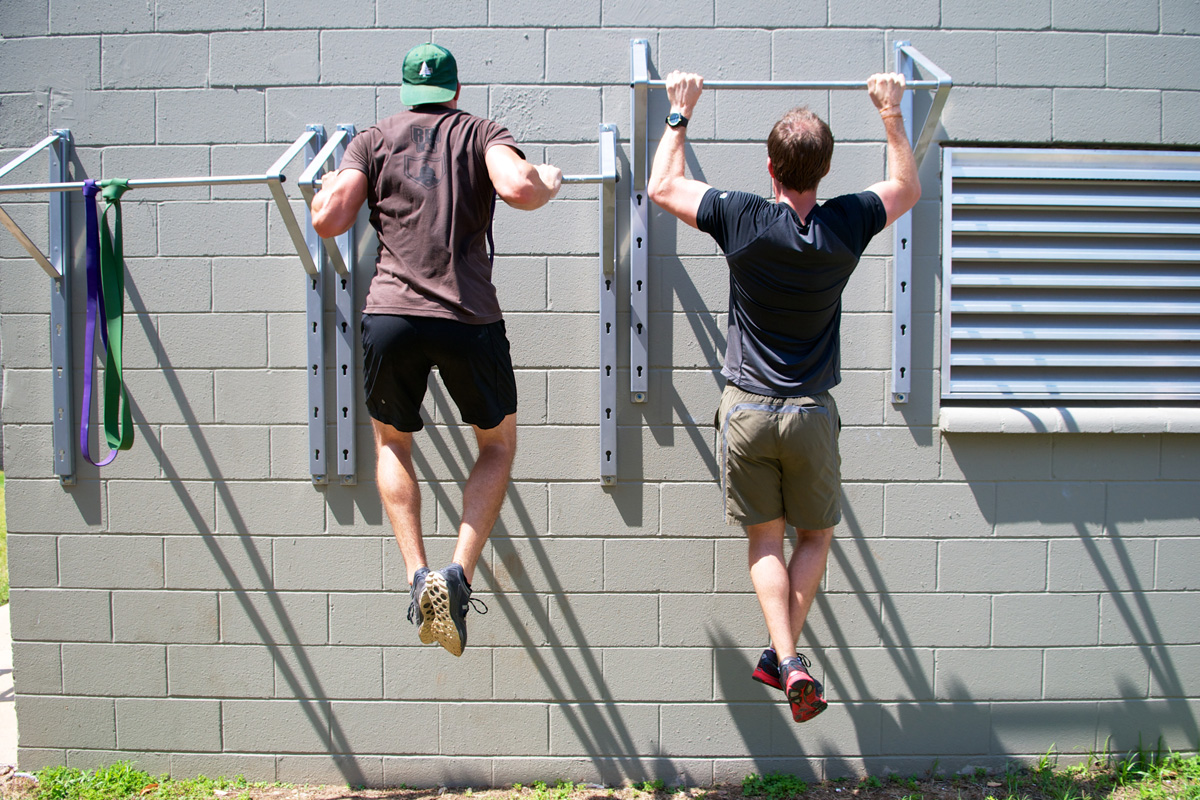 The St. John neighborhood has one of the highest obesity rates in the city of Austin. Total City Sports director Chris Allman and Austin Stone Community Church elder Robbie Wright see this as an opportunity.

CrossFit, a workout regimen originally designed for first responders, combines stamina, strength and agility. After training in CrossFit for several years, Allman and Wright decided to bring the program to the staff of The Austin Stone and the people of Austin.

CrossFit Renew rolled out to The Austin Stone staff in May 2012. "If you're caring for your body," Allman said, "you can do ministry better. People ... get sick a lot [and] burn out a lot because they [don't] take care of themselves." Allman also pointed out that CrossFit Renew is "a great way to build community."

The For The City Network and The Austin Stone will begin more CrossFit Renew classes for the community at large as more trainers are certified. Morning and evening classes have already started at the For the City Center in the St. John neighborhood. The plan is to offer a fitness alternative at rates significantly discounted from those of typical CrossFit affiliates. Even steeper discounts are available for St. John residents at roughly one-third the rates of traditional gyms. A portion of the proceeds goes to Total City Sports, a For the City Network non-profit.

"The bigger vision is to engage this community, get this community healthy and be a landing spot for believers and non-believers to gather. It's a great third place," Allman said, referring to the notion that believers need to gather in public as well as in their homes and churches.

Ultimately, beyond getting the neighborhood healthy, the plan is to build community and discipleship among the residents and then to replicate the model in other areas.

"Our vision is to plant these CrossFit Renew boxes all around Austin—and maybe make it a model for going much broader than that—and create an opportunity for us to be around people who we otherwise wouldn't have the opportunity to be around," Wright said.

The initial results have been profound. Chris Collins, one of the pastors at The Austin Stone's St. John Campus, has participated in the program since the beginning. Collins, who lost 17 pounds in one month, described his CrossFit Renew group as tightknit.

"This is the tightest group I've been a part of here [at The Austin Stone.] ... You sweat together every week, multiple days a week, pushing one another beyond the limits of what you thought you ever could, and that naturally builds bonds that many other environments can't."

Wright explained, "You go through a CrossFit Renew workout, and it's shared suffering. The product is true, deeper relationships. Can we do something with CrossFit to change some of these families' [habits], and on top of that ... have an opportunity for discipleship because the bonds of the CrossFit community are so strong?"

As participants endure physical pain and exhaustion, they are confronted with their own weakness, but also with the power that raised Christ from the dead. Allman commented on how the grueling workouts give him opportunities to encourage participants.

"It's oddly pastoral. You're talking to people who don't want to do it and who don't think they can do it, and you ... give them the gospel."

The intention is to live out the gospel with people who've never experienced it.

"We want to have the folks out here discipling each other. Our goal is to [let people] see how we live ..., meet some of their needs and [provide a context for discipleship]," Wright said. "This is really about building community, and changing community, and doing it on multiple levels in places people need it without any pretense."

for the city
total city sports