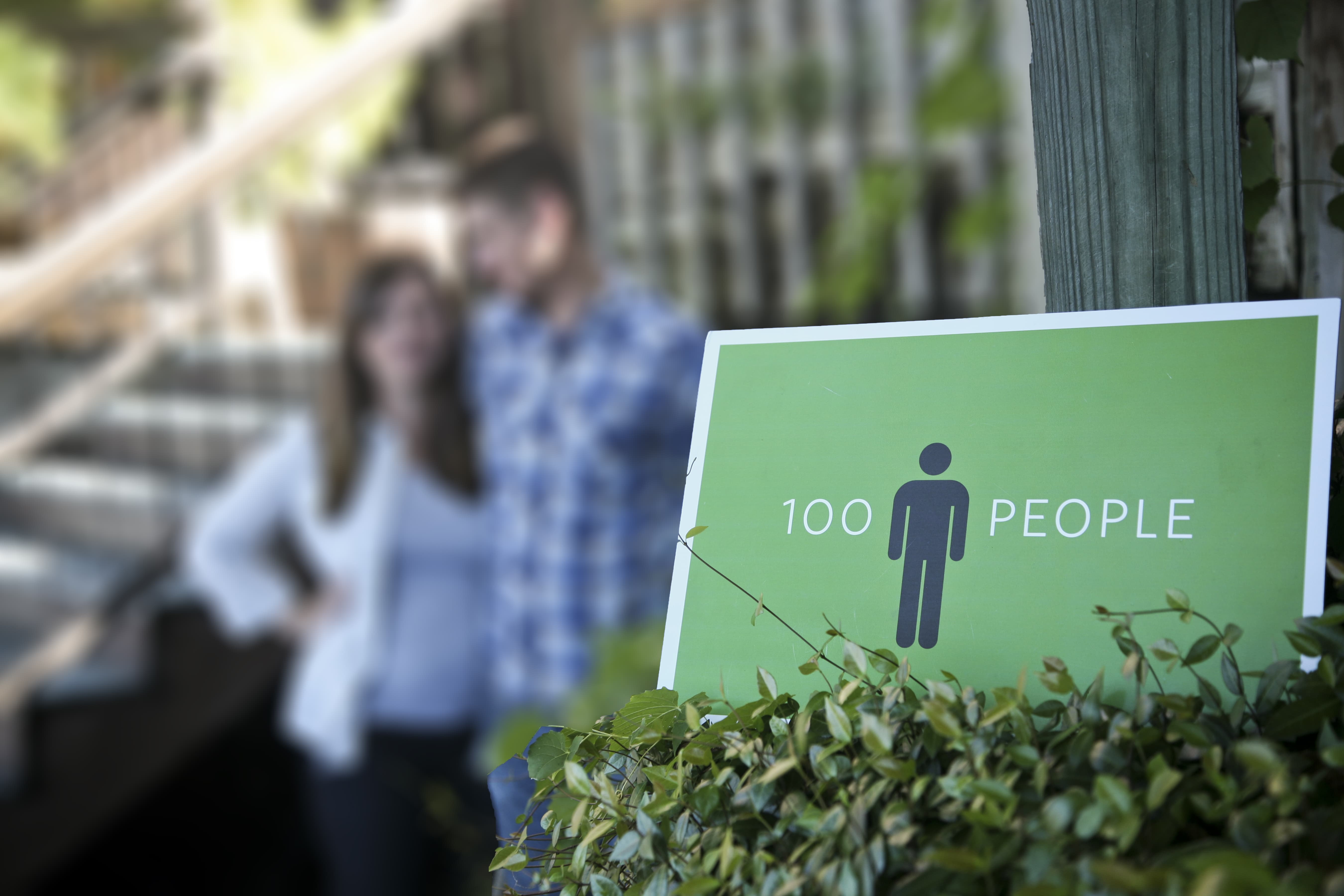 When you meet Tanner and Savannah for the first time, you notice not only their love and support for each other, but this uncontainable love and devotion to their first love, Jesus. They speak of him as effortlessly as they do of their own families, which they are saddened to leave.

This young couple, as part of the 100 People Network, is about to embark to southern Asia for the next three years, with the possibility of never returning to the States. And the more they meditate on the Lord asking them to stay there, the more excited they get about their future.

The biggest struggle so far isn't the fact that they are going to a part of the world where everyone is spiritual, but no one knows the name and love of Jesus. Their struggle is that they have family here that they are leaving behind who do not know the love and satisfaction that only Jesus can bring. But it is so evident that this has been the Lord's plan for Tanner and Savannah—to bring them together, and then to send them to reach the nations.

Four years ago, before Tanner and Savannah were married, Tanner was driving alone to Houston, listening to a sermon preached by Matt Carter. The sermon had nothing to do with reaching the nations, but the Lord used it to give him clarity in a way he had never experienced before. The Lord told him that he had prepared Tanner through all the trials of his life to be adaptable and flexible for the Holy Spirit to use him in going to the nations. And that was it. No more details… just that.

Tanner later met Savannah, who was a nursing student at the time, and had always had a love and passion specifically for south Asia.  On their first date (what they refer to as their first “interview”), Tanner grilled Savannah about her future, whether or not she was willing to go live in other unreached nations, and if so, possibly for a week, or even forever. And without a hesitation, Savannah said she was open to it, but the Lord would provide a desire to go and serve if that's what he wanted. Tanner thought that was the perfect answer.

Now their future is upon them. And though, they have been waiting to head to southern Asia for a few months, they now see the purpose. Tanner and Savannah have been spending quality, intentional time with their family and friends, which has been a sweet experience. Yet, their family still struggles to trust the Lord and let them go, which is heart-breaking to a young couple who still wants the support and approval of family—especially their parents. Another hard part of leaving long-term is missing out on getting to see their younger siblings grow up. But the Lord is providing for Tanner and Savannah, as they receive a great deal of love and care from support teams through the 100 People Network and their friends who are already in southern Asia. They are resting in the promise of Matthew 28, the great commission to go and make disciples of all the nations.

As Savannah and Tanner talk about the last trip they took to southern Asia, their eyes light up and the joy and excitement for their new home is evident. For the first few months, they will work on their language skills and prepare for their new jobs. After their move there, they will began to build programs that empower the physically disabled to be fit to work and provide for themselves.

But their true job will be to tell the lost about the love and saving grace of Jesus. Tanner and Savannah are praying fervently and asking for a movement in the people—that they themselves would have a passion to see the lost become found and for Jesus to return.

There's no telling what the Lord will do with this young, yet incredibly wise, couple who are madly in love with their Savior. But whatever it is, it is contagious.