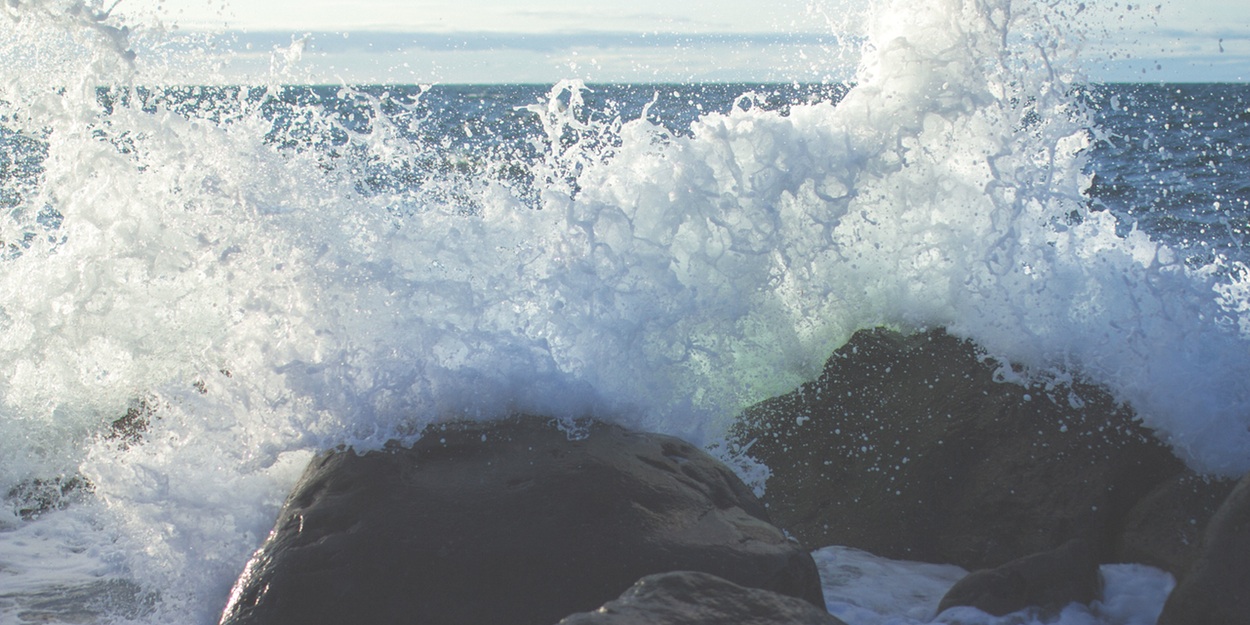 Have you ever had a Sunday that you just feel overly prepared for? Like, for the five or six songs you’re leading, you feel as though your band has led those at least 1,000 times. The transitions from song to song or between various elements of the service could be done without you even having to discuss them with your band. Or maybe a Friday night at summer camp, where you’ve led all week and you put in all your best songs into one set list, your best transitions all in one service?

All is well right?!

I am a huge advocate for being very well prepared anytime I lead. I believe worship leaders should be so prepared that we eliminate as many distractions as possible that could hinder those we are leading.

But what happens when chaos hits? How are we to respond when things don’t go as planned – when we are so prepared and the unthinkable ends up happening?

I’ve been leading worship for about 13 years. I have witnessed and even been the cause of tons of distractions. I’m sure many of you have witnessed some of the craziest, most distracting things that would trump any story I could tell…(leave it in the comments people)

When distractions do come, like the power going out …

or when chaos does happen, like a bandmate or sound guy not showing up …

or when our overly prepared services get thrown for a loop, like randomly forgetting all of the lyrics …

How do we respond? What do we do? All of these have happened to me–yes, all of them.

I’ve never seemed to get over myself in those moments. I tend to get upset and all bent out of shape because my overly prepared Sunday didn’t go my way.

I was recently reading through Matthew and noticed how Jesus responds to what could’ve been one of those very chaotic moments. It’s a moment where His plans get interrupted not just once but twice and He still has a better way of handling it.

“At that time Herod the tetrarch heard about the fame of Jesus, and he said to his servants, “This is John the Baptist. He has been raised from the dead, that is why these powers are at work in him” For Herod had seized John and bound him and put him in prison for the sake of Herodias, his brother Phillips wife, because John had been saying to him, “It is unlawful for you to have her”. And though he wanted to put him to death, he feared the people, because they held him to be a prophet.

But when Herod’s birthday came, the daughter of Herodias danced before the company and pleased Herod, so that he promised with an oath to give her whatever she might ask. Prompted by her, she said, “Give me the head of John the Baptist here on a platter.” And the king was sorry, but because of his oaths and his guests he commanded it to be given. He sent and had John beheaded in the prison, and his head was brought on a platter and given to the girl, and she brought her mother. And his disciples came and took the body and buried it, and they went and told Jesus.

Now when Jesus heard this, he withdrew from there in a boat to a desolate place by himself. But when the crowds heard it, they followed him on foot from the towns. When he went ashore he saw a great crowd, and he had compassion on them and healed their sick.

Now when it was evening, the disciples came to him and said, “this is a desolate place, and the day is now over; send the crowds away to go into the villages and buy food for themselves.”

But Jesus said, “they need not to go away; you give them something to eat.” They said to him, “we only have fives loaves and the two fish, he looked up to heaven and said a blessing. Then he broke the loaves and gave them to the disciples, and the disciples gave them to the crowds. And they all ate and were satisfied. And they took up 12 baskets full of the broken pieces left over. And those who ate were about 5,000 men, besides women and children.” (Matthew 14:1-21 ESV)

So Jesus receives word that His dear friend, a close relative, the very one who baptized Him, is in prison and has been beheaded, murdered in an ugly way. This isn’t chaos like, “overly prepared Sunday set gone bad” or a power outage. It’s much greater than that. It’s much heavier than that. And notice how Jesus reacts.

Jesus is going about His day. He had been going from town to town healing people and doing His ministry, then chaos erupts when He hears of John’s death. He immediately decides to get away. He retreats to a solitary place. Most likely to grieve, I’m sure to think of His and John’s relationship, and maybe even to ponder the cross, knowing that’s why He came…

If you’ve ever lost a loved one or a dear friend, you could imagine the pain He must’ve felt and the need to be alone.

Once Jesus decides to retreat, the crowds notice Him and follow Him on foot. Now, is that not the strangest and most inconsiderate thing you’ve ever heard? Jesus on a boat, trying to be alone and grieve, and these people notice Him and just start following Him?

Stop and think about this for a moment. Think about losing a loved one, wanting to grieve and be away. Then looking over your shoulder and seeing 5,000+ people just staring at you. More chaos.

My immediate reaction would be to say, “Go away! Leave me alone!” or to turn my boat around and head back out, but Jesus doesn’t think this way. When chaos shows up on a Sunday, I usually retreat for sure, but not the retreating that Jesus does here. I tend to head to the green room and get alone because my insecurities and my comfort idol are getting bounced around like a basketball. I want to be far away from the chaos.

The chaos doesn’t even faze Jesus. Jesus doesn’t even make the chaos something to be talked about. Rather, Jesus comes into shore, looks at the people — 5,000+ men, women, and children–and has compassion on them.

“Jesus saw a great crowd, and he had compassion on them and healed their sick.”

Not only does Jesus turn the attention off of Himself and on to those looking at Him, He has compassion, or a sympathetic pity and concern for the suffering or misfortunes of others.

And–not only does He look at them and have compassion on them, He heals their sick!! Jesus, in the midst of brokenness and sorrow, extends His heart to those looking on and ministers to them.

If that wasn’t enough, His disciples seem to want to clear the place out and get these people back to town where they can get some food. You know, to sort of extinguish the chaos. However, Jesus turns five loaves of bread and a couple of fish into a lawn party and feeds 5,000+ to the point of satisfaction. All ate. All were satisfied.

Earlier in Matthew, Jesus is going from town to town, He’s healing people, and in Matthew 9:36 it says, “When Jesus saw the crowds, he had compassion for them, because they were harassed and helpless, like sheep without a shepherd” (ESV).

Friends, this is who we are leading. We are leading people who might be alcohol and drug addicts, going through a divorce, or just found out they have cancer. We are leading broken and busted-up sheep who have been harassed and are helpless, like sheep without a shepherd.

Are these things important? Yes! Are they everything? No!

So no matter what our services end up looking like–overly prepared, comfortable, and easy to lead or chaos at every turn–may we look at our people and lead, pointing them to Jesus who pursues, who heals, and who satisfies.

May we have compassion on them.