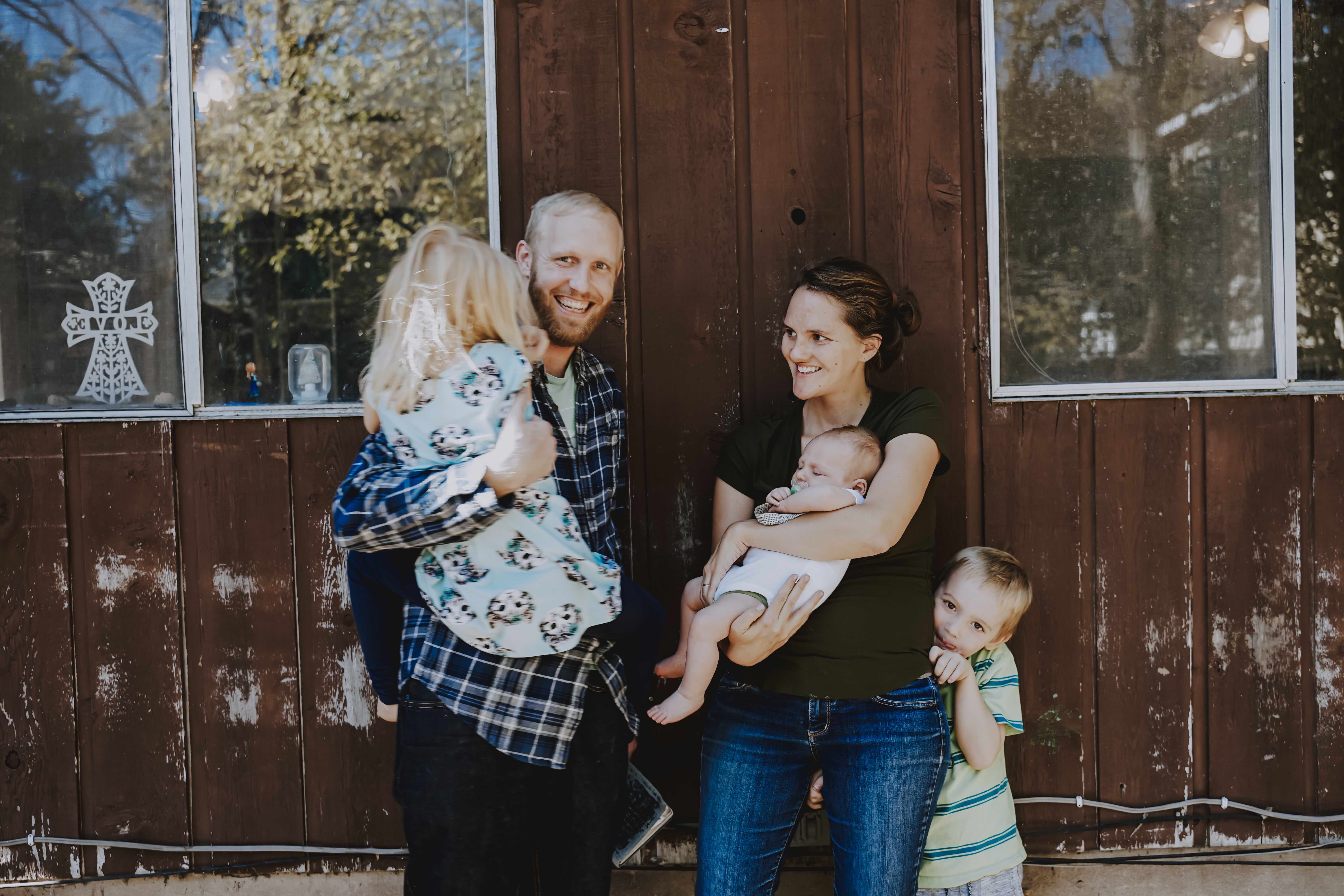 “I see that God was working all along. He was always with me. It feels so evident now, even though I felt alone at times.”

This work began in Mercedes’s life as she grew up in Colorado with her mother and sister. Her parents divorced when she was three, and she spent every other weekend with her father. When she was eight, her father disappeared for 10 years. She thought about him a lot, as well as her extended family on his side whom she loved but did not see.

Her mom remarried when she was 12, and Mercedes loved her stepfather, Roy. The family moved and began attending a large, multiethnic church on Sundays. When Mercedes began asking questions about God, her aunt helped her find answers in the Bible, which became a fascinating book to her.

As a teenager, Mercedes listened to Christian music and had a sense of peace about who God was, but she did not know what it meant to follow Him. She learned about God’s love and forgiveness through the lyrics in the songs, and it also served to comfort her in the absence of her father, softening her heart to feelings of mercy and forgiveness. She hoped one day that her relationship with her father might be restored, but she had peace that God—her Father in heaven—would take care of her, no matter what.

During her first semester of college, she was assigned to write an essay about someone who had impacted her life. Mercedes chose to write about her father, because his absence had impacted her greatly. “After writing the paper, I decided to try contacting him,” Mercedes remembers. The fear of disappointment had held her back before. She obtained his phone number and gave him a call. “Neither of us had words. We just sat and cried. After about 10 minutes of no talking and crying, we decided to hang up and try again another time.”

At winter break, she went home for a family gathering, and her father was invited. She felt nervous with anticipation, not knowing how it would go. She just wanted him to know that she had forgiven him. “I remember just seeing him and hugging him and crying. The whole room got silent,” Mercedes recalls, “and then the conversation and eating just resumed.” It was a start.

Rather than returning to college that spring, Mercedes followed a desire she could not explain and traveled to South Asia for three months to work in an orphanage with one of her roommates. The orphans she served and the poverty she witnessed affected her deeply. Soon after returning, Mercedes met Cael Bean, the brother of a roommate who had just returned from serving as a goer in Africa. They became friends, bonding over their experiences abroad, and their friendship grew into a dating relationship.

They had a lot of open conversations about God, and Cael helped Mercedes again find a love for God and the Bible by patiently listening to her, accepting her questions, and discussing passages from Scripture. Mercedes’ love for God grew, and so did her love for Cael. The two married and moved to Austin, where Mercedes’ aunt now lived, to establish their new life together. Their dream was to one day return to the nations and serve in Africa after they had been married a few years.

Mercedes and Cael began to look for a church in their new city, and one of their first stops was The Austin Stone Community Church. On the day they visited, the worship set included Mercedes’ favorite hymn, “Come Thou Fount,” and the sermon was about going to the nations. The Stone felt like home—with powerful lyrics that stirred Mercedes’ heart to love God and believers who also had a heart to go and serve God all over the world.

Soon they joined a Goer Missional Community group, and Mercedes’ faith grew stronger. “I discovered reading my Bible was not homework,” she says. “It was something that helped my relationship with God feel more and more intimate. These are His words, and they are so special. Once I found that out, things started to click for me. Now I see that God was working this whole time, and I had no idea.”

Mercedes realized that she really believed everything she was learning. She saw a community of people living out their faith and heard stories of God working in the lives of people all around the world, drawing them to Himself. She decided to demonstrate her obedience to God by being baptized.

Though Mercedes and Cael hoped they would become goers and move to Africa, faithfully taking steps in that direction, God had other plans for them. And though God closed that door, Mercedes can see her heavenly Father’s faithfulness and provision around her: a home for them to find rest and healing, three beautiful children, and even reconnecting Mercedes with her father once more.

Two years after moving to Austin, Mercedes’s father moved to San Antonio for work, and they were able to connect and spend Christmas together. Her father expressed regret over the decisions he made earlier in life, and Mercedes offered him forgiveness and invited him not only to be a part of her life, but also to be a grandfather to her children. Now, as they move forward in building a relationship, she rejoices in the text messages, holiday visits, and life updates they are able to share with one another.

Looking back, Mercedes sees how God provided for her over and over again: a stepfather when her father was absent, people who taught her about God and His Word, an experience that revealed the brokenness of this world, and a community that fought for faithfulness together. She sees God’s gifts to her in cultivating faith, mercy, and forgiveness from a young age—fruits that have come naturally for her, even when she did not fully understand God. Now understanding God’s forgiveness toward her, she cherishes the depths to which she has been forgiven and what a gift it is to offer it to others.