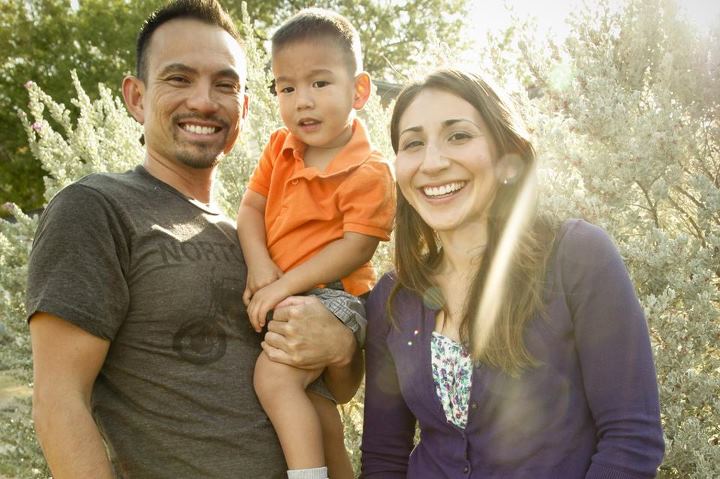 The first time Lupita Duong was ever invited to church, she politely declined the offer. She wanted to wait for her husband Hai to go with her. However, after a few minutes of talking with a friend, she sent Hai a quick text letting him know she was going to go.

"Change of heart," the text read.

Less than a year later, Lupita and Hai were both baptized at a First Tuesday service, and that text message sums up the journey of their radical transformation into Christ-followers.

Hai and Lupita met in a karate class in Austin 12 years ago and neither had any relationship with Jesus when they were first married. Lupita had been raised Catholic. Hai, a Vietnamese refugee, had no faith at all. In 2008, they had their first child, a boy named Mateo.

After working in finance and marketing, Lupita began a career as a personal trainer. In the fall of 2010, she began training a new client named Pat, who first shared the goodness and freedom of knowing Jesus.

"There was something about her. I found myself really comforted by her," Lupita said. "She would share with me about her breast cancer and family struggles, but she always did it with a smile and talked about God."

Pat gave Lupita a devotional book and she started to read it, despite not even owning a Bible. Eventually, Pat invited Lupita to a Bible study at her church. Lupita agreed to go, but still felt unsure.

After a few weeks of attending Bible study, Pat invited her to try out a church service. At first, Lupita turned it down. However, Pat persisted and Lupita changed her mind. She sent a text about her change of heart to Hai, and joined Pat and her husband at church.

"I remember the first time hearing the Word of God spoken. I was so convicted. I was so interested in these words that I had always known were there," Lupita said.

Pat's husband was a pastor and later invited Lupita to a baptism service. It was there that Lupita accepted Christ and experienced the washing away of the old that had defined her – pessimism, worry, ungratefulness and selfishness.

"It was the first time I ever worshipped. I remember singing. I was overwhelmed and began to cry," she said.

Prior to this new work happening in her heart, Lupita said, after six years of marriage, she and Hai had grown apart. The combination of work and taking care of Mateo left little time for the couple to spend together. After becoming a Christian, she says Hai was supportive of helping her "turn over a new leaf."

Soon, the Holy Spirit began to work in Hai. For two years, they had lived next door to a pastor and never met him. They invited him over one night and he talked with Hai about what Christians believe. That night, through trembling and shaking, Hai confessed and gave His life to Jesus.

The change in Hai was as radical as it had been in Lupita.

"Now we're praying together and have fallen more in love with each other," Lupita said. "We're able to understand how glorious God is and how indescribable He is."

Hai assumed the role of spiritual leader in their family and decided that The Austin Stone would be their church home. They are now partners at Stone, are involved in a missional community and recently served at Hopefest at Reagan High School.

The Duongs are yet another example of how God creates a change of heart.