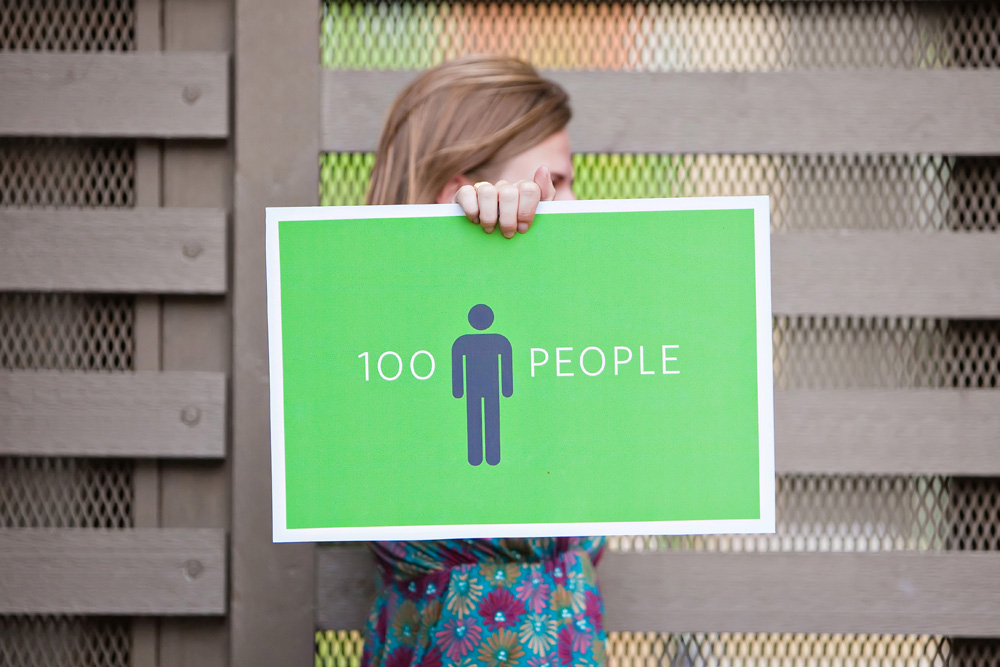 When Brianna walked through the door of the quiet coffee shop, she brought a breath of fresh air and sunlight in with her. Friendly and warm with the essence of someone who knows herself well, she began to share about the call that God has placed on her life to reach out to people of central Asia ... a call that she's accepted and embraced with courage.

As a native Texan born and raised in the Fort Worth area, she is passionate about athletics and community, both of which she carried with her to the University of Texas where she was involved in Young Life and intramural sports. After a semester of studying Spanish in Seville, Spain, she caught the travel bug and has always assumed that if God ever chose to utilize her skills overseas, it would be in a Spanish-speaking country.

But when the Lord confirmed that she was headed to serve in Central Asia instead, Brianna listened intently. A long-time partner of The Austin Stone Community Church, she first heard about the 100 People Network in September 2009, but it wasn't until April that she felt the need to pursue this opportunity that had been heavily weighing upon her heart. After attending the Muslim World Conference, she began to realize that the Lord's desire is for all nations to hear the good news of Jesus ... not just one specific people group.

So, why Central Asia? In a country that is 99 percent Muslim, Brianna sees a world of opportunity to connect with youth and show them what it truly means to be a follower of Christ. Although the area where she'll be serving is widely known as a daunting and dangerous place, she's not scared. Her loving and supportive parents have been diligently praying over her efforts, despite their initial fears for her safety. "Satan's done an excellent job of scaring Christians away," Brianna says. Regardless, she is confident that God has led her in the exact direction she should go.

Brianna will be teaching English with other Christians at a university while making concentrated efforts to connect with the local community. Her first priority is to truly serve the people she meets, even at the expense of her own comfort. Her hope is that when people witness her lifestyle, they will recognize the love of Christ in her and be drawn to Him.

As she prepares to leave her home, family and friends for two years, Brianna often struggles with feelings of inadequacy that she says Satan uses to cripple believers. However – looking back and seeing what the Lord has done through her life and in her heart over the past few years – the fact that God has been preparing her for this particular journey is undeniable. Her confidence lies in the fact that the One who has called her to this journey has already prepared the way and equipped her for the task ahead.

Brianna beckons believers to pray that she would continue to be molded into an instrument usable by God to impact lives in central Asia.