Calling Them to Himself 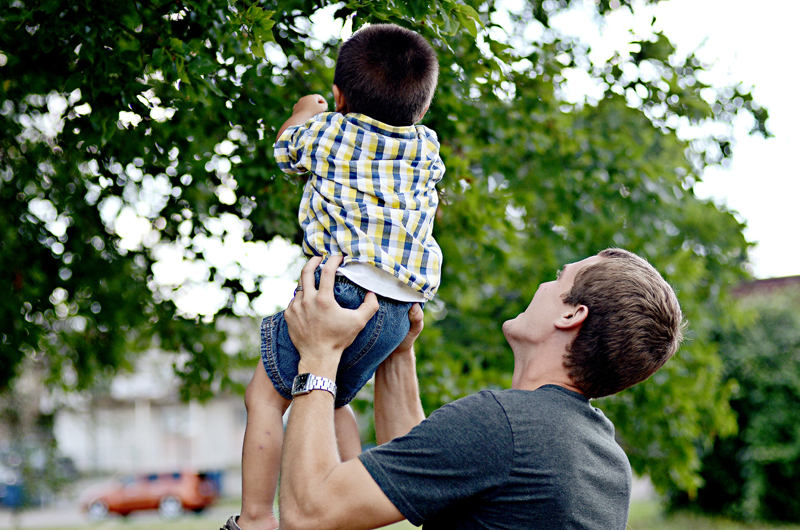 Aaron and Shauna Mullins were about to be first-time parents.

"I was sitting at work eating lunch at my desk. Shauna called me to tell me," Aaron says. "By 7:30 that night, CPS was at our door."

Being thrown headfirst into a two-child "insta-family" was overwhelming, but Aaron and Shauna knew it was exactly where they were supposed to be. High school sweethearts, Aaron and Shauna waited about three years into their marriage before trying to have children. They were surprised when nothing happened. Doctors, not finding anything unusual, offered them several solutions.

"We really felt like that wasn't God's plan for our lives," Aaron recounts. "It wasn't a coincidence, God was telling us that he had something else in mind for us."

After a massive earthquake struck Haiti in 2010, their missional community heard that the state was offering a 30-hour whirlwind of accelerated training through the foster care system to help people prepare to care for children with medical needs who would be brought here for care. The stories and case studies shared at the training shook the Mullins.

"At that point we talked and said 'I don't know what God has in store, whether the kids from Haiti come or not, this is what we're supposed to be doing,'" Aaron recalls.

After the opportunity with the Haitian children fell through a red-tape loophole, the couple faced a choice. Would they stop, leaving the training behind for now, or would they press onward, taking local children from the foster care system into their home instead?

"We had always thought about adoption, but never foster care up until that point," Shauna explains. "It wasn't that we were against it, it's just that we knew nothing about it."

They had to face the fact that, as foster parents, they might not necessarily have the opportunity to adopt. When Child Protective Services receives a documented report of abuse or neglect, children from the family are placed with a foster family and biological parents are given a year to meet requirements to get their children back.

"When you tell people you're a foster parent, that's the first thing they say. 'Oh, I could never do that, because I could never give them back,'" Shauna says.

That certainly is the hardest part, but the Mullin's response is clear: "What do you say for the kids who are out there with no homes. [The difficult aspects of foster care] don't mean that kids should be living out there without a loving family. It's not their fault."

Aaron and Shauna have learned a lot about loving your enemy through their experiences. "I don't know that we've ever been in a situation where we truly wanted to hate someone. Then you read the history of the kids... You read what happened and why they were removed and you think, How could anyone do that? We struggled for a long time."

That struggle continued until they met the parents of their foster children. Seeing them, each in their late teens, and realizing that these were the types of kids who they saw labor beside them through high school – being made fun of, struggling to make grades, and desperately lonely – they realized that these young parents were not monsters. But they were just as in need of redemption from a broken world as they themselves were.

Ultimately, Aaron and Shauna realize that the foster care system is not the solution to the problem. "It's the government intervening, which never works out right. If the church were doing its job, we wouldn't have this problem," Shauna remarks.

But until that day comes, the Mullins see the church's role as an opportunity to come alongside the broken system to care for the orphans in our city. They realize that foster care and adoption are a beautiful reflection of their own adoption into God's family. In the meantime, their son and daughter have the precious and unique opportunity to see God's love for his children play out in a very real and tangible way in their lives.

The Mullins pray that their love for these two will play a part in God calling them to himself.