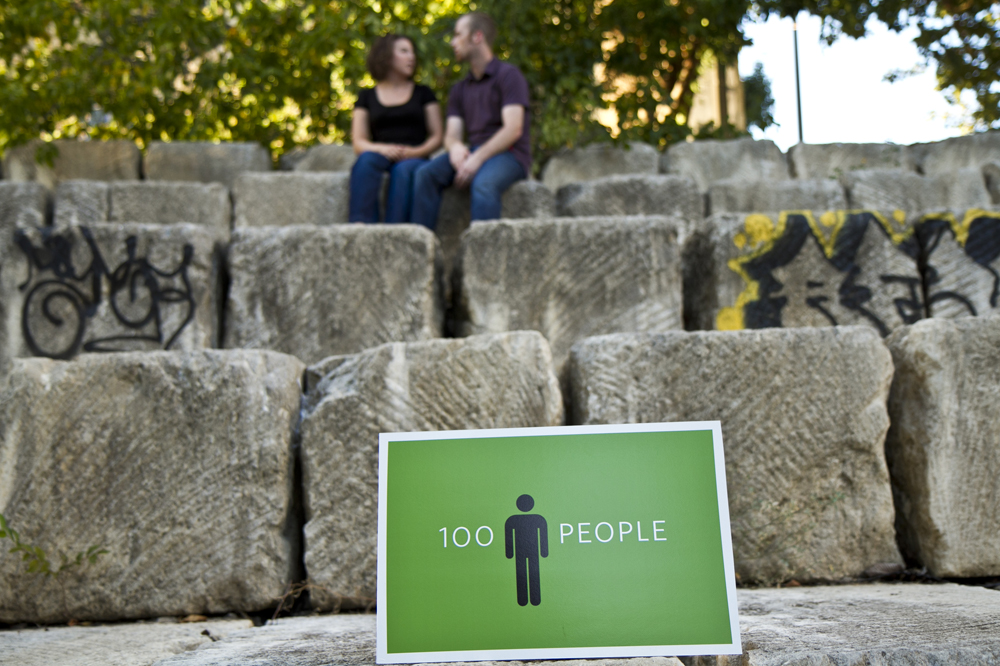 Grant and Brandi Duncan enjoy playing obscure European board games and are particularly fond of one in which the object of the game is to build railroads that connect faraway places. As self-described planners, they delight in working together to develop a strategy to solve the problem and win the game. In a twist of beautifully divine irony, the Duncans will soon be serving as the real-life pieces that connect the unreached people groups of Southeast Asia to Christ and his message of love. There they will have the opportunity to help translate the Bible into many native languages.

Coming from Christian families, Brandi's grandfather, aunt, uncle and sister were long-term missionaries, and Grant had participated in several short-term mission trips in college. The two had foreseen short-term missions as a definite part of their married future, but it wasn't until a year ago when they moved to Austin and took a Perspectives course that they began to consider the idea of long-term service abroad. Their introduction to the 100 People Network also served as a means for God to reveal to them his heart for the nations and the reason they were called to go.

"What we've realized is that there is an obligation, a responsibility, for us as believers to share the gospel and we are gladly accepting that responsibility."

Reflecting on their history, they see God's careful detail in bringing them together to ultimately glorify him in their lives and in their marriage. They met while serving together at a Christian organization on campus at a college in California and, as it turned out, Grant lived only one floor beneath Brandi. He pursued a career in pharmaceuticals and Brandi completed her Master's Degree in Speech Language Pathology. They spent the first two years of married life in California and learned about the Austin Stone before their move last year; they listened to sermons online and were convinced even before their arrival to Austin that this was to be their new home church.

As missionaries, they're constantly confronted with the ever-popular question, "When did you feel called to go?" They candidly struggle with an emotionally impacting response as their personal decision never involved an earth-shattering sign from above, but rather a steadily strengthening confirmation of where they were supposed to be and what they were supposed to be doing.

"We're very logical people, and we believe God gave us logic to make this decision. This makes sense for us."

The blessing and calling that God has personalized for the Duncans is his undeniable creation of their availability and a freedom to make such a sizeable change. This has manifested itself in a number of ways: Grant's contract with his employer just expired, their apartment lease is up, and Brandi has just completed school.

Just having returned from training with their sending organization, God has magnified their passion for the mission at hand according to his impeccable timing. They have learned about the dire need for Bible translation in an area of the world in which Islam, fear and darkness permeate the culture. Grant and Brandi have seen the potential for their willingness to submit to the call stirring in the hearts of others, like the couple in their missional community that have prayed with them step in their process and are now making initial preparations for long-term service as well.

Their fear of learning new languages is far outweighed by their conviction that they'd have much more to fear if they abstained from this calling of God on their lives. Brandi takes comfort in her mother's old adage that proclaims, "The safest place for anyone is alwayswhere God wants them to be."

There is no doubt they'll miss many things about life in Austin, but they radiate with excitement when considering what a blessing it will be for their full-time jobs to be so directly glorifying to God. The Duncans are uncertain about how long they'll stay, only knowing it will be until God is properly introduced and his power is demonstrated to a people that need to know him. They plan to stay until the message of his unending love and complete omniscience is communicated to the people in this region in a language that they can understand.

All the while, Grant and Brandi will make it clear that none of the victory in this real-life quest is of their own effort. They long to live in such a way that it's said of them, "God must be with them, because there's no way they could do any of that on their own."