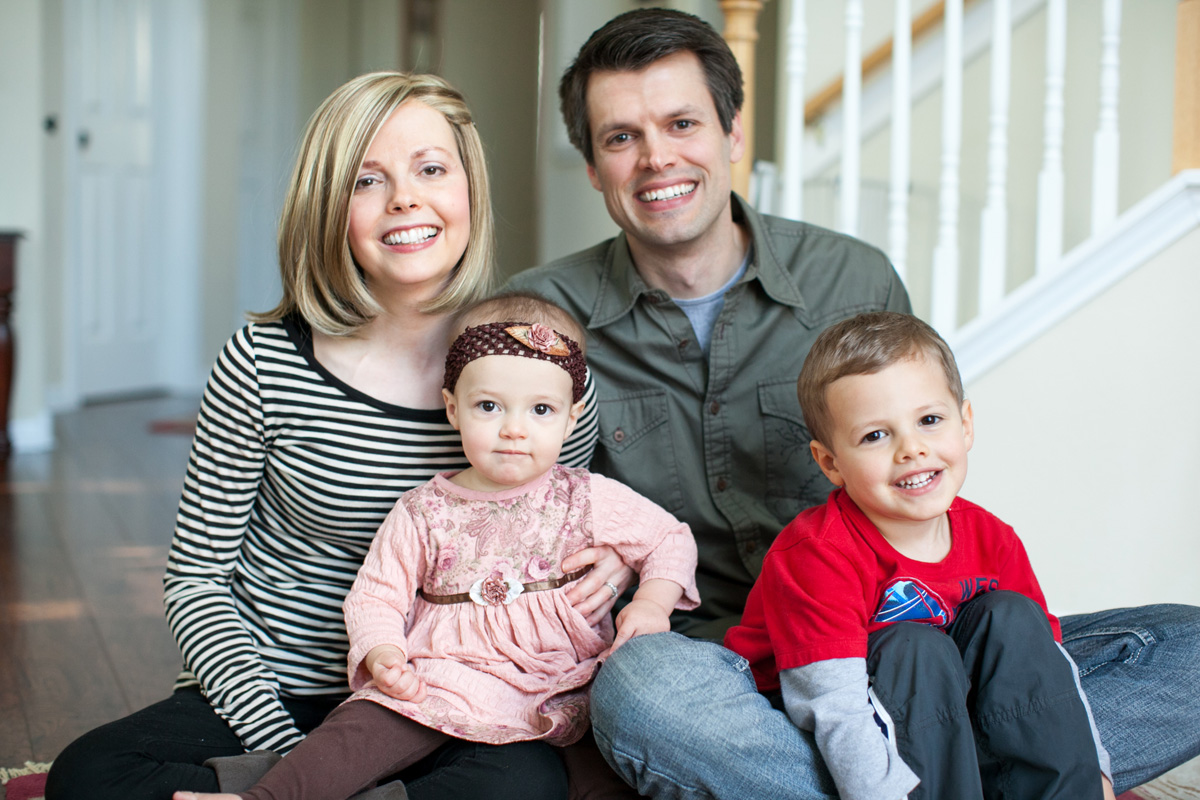 “Is it cancer?” Heather asked. “It looks very, very suspicious,” the radiologist said as she looked deep into Heather’s eyes before turning once more to the images on the ultrasound. “Heather, it’s everywhere,” she said, studying the mass.

Three days later, the biopsy results were in and the diagnosis was confirmed: Invasive Ductal Carcinoma – the most common type of breast cancer. It was already at stage 3 and had migrated beyond the breast into many lymph nodes.

Heather Walters and her husband, Drew, had a young and growing family. They had a 3-year-old son and an 8-month-old daughter. Now they had to overcome cancer.

“The reason I beg for healing is my kids,” Heather confessed. “I want to raise them with my husband. I want to teach them to glorify God in all they do. And I think they need a mom, so I’ve been begging for healing, of course.”

Stage 3 breast cancer is intimidating and the statistics aren’t necessarily in Heather’s favor. But Heather believes she’s not just a statistic; she is a beloved child of God.

Early in their journey, Drew and Heather claimed the words of Jesus in Mark 5:36 just before raising Jairus’ daughter from the dead when He said, “Don’t be afraid, just believe.”

Heather compares her journey to a GPS in which God has already put in the final destination, and they are just following along. She counts her blessings, including connections at MD Anderson in Houston, a hospital known for its advanced cancer treatments. Even Drew’s work has been supportive in allowing him to take off as much time as he needs. Incredibly, one of the best oncologists in the United States is located just a mile from the Walter’s home, making chemotherapy more manageable.

Through this trial, Drew and Heather have had the support and prayers of family and friends. Their Missional Community group, which they affectionately refer to as their “Austin family,” has also been a living picture of sacrificial love. In addition to continually praying and supplying the Walters with meals, they helped provide breast milk as Heather was forced to wean her infant daughter earlier than she wanted to.

“To hear your daughter screaming for hours and knowing that you have the cure right there, all you had to do was nurse her and she’d be fine, but no, I had to quit. Of all this cancer, that was the hardest part, but our community group really helped us through it,” said Heather.

The Holy Spirit has ministered to the Walters through daily devotionals and prayer. Miraculous healing has been Heather and Drew’s prayer from the beginning.

“I can’t do anything, except take care of my body,” Heather said. “But God is in control, He knows.  We believe in healing and we believe that He is using my story of healing to glorify Him.”

Five months after she was first diagnosed, Heather’s follow-up appointment with the radiologist produced nothing but good news. “I don’t see anything,” her radiologist said as he marveled at the absence of cancer.  He warned her, however, that there could still be microscopic amounts of cancer remaining that couldn’t be detected in the imaging study.

Heather still had to endure surgery and doctors warned her that there would likely be some cancer cells left in her body. Along with Drew, she trusts in God’s sovereignty regardless.

“Whether there is a little bit of cancer left in me or not, he’s taking care of me,” she professed.

Heather underwent surgery for a double mastectomy in February of 2013 and pathology reports following the surgery indicated an 85 percent reduction in cancer.

Although they know there is a long road ahead, Drew and Heather are assured that God will be there with them every step of the way. After all, “He got me through this with so much joy, and I’m happier now than I’ve ever been in my entire life,” Heather said.