An Artist's Guide to Managing Schedules 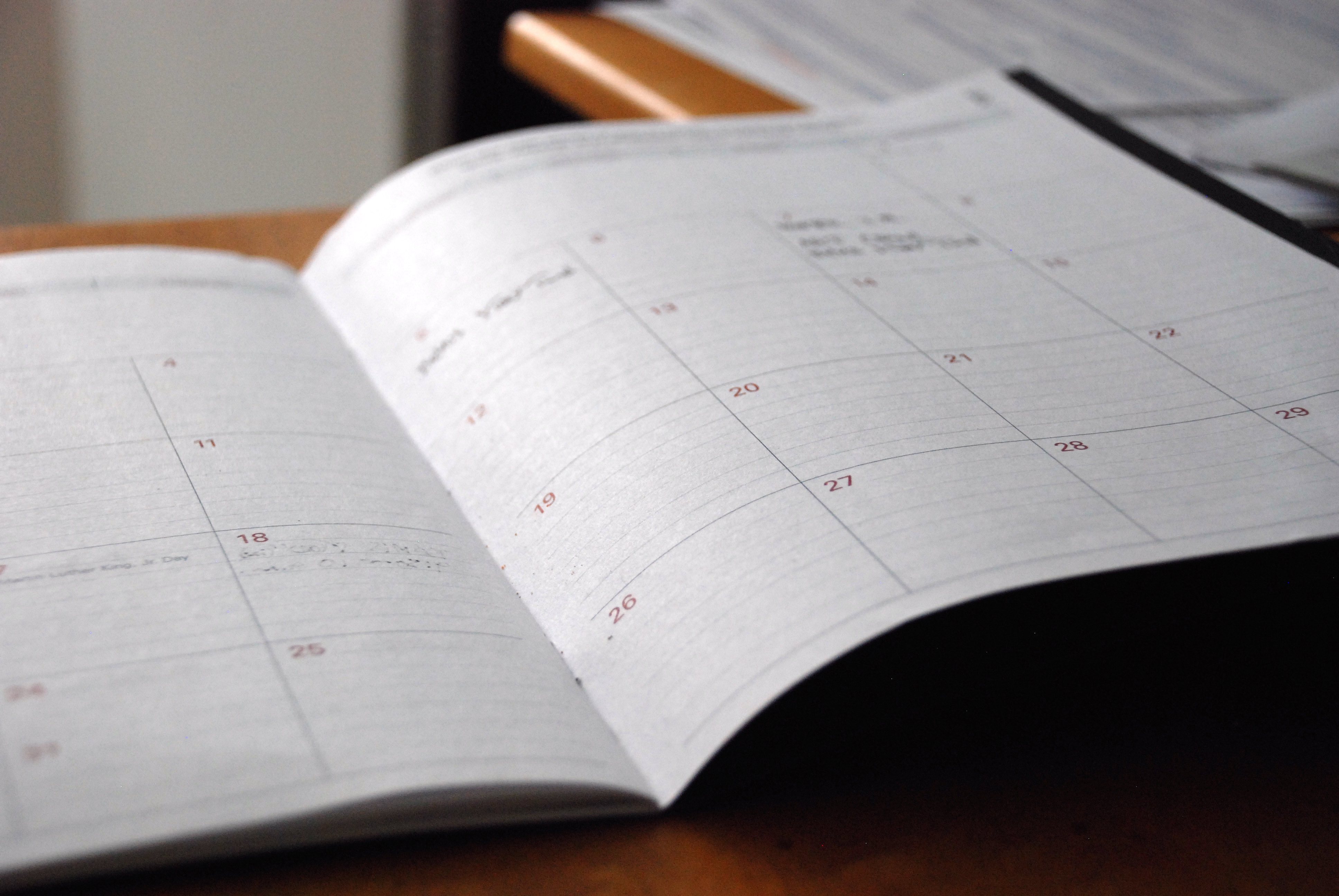 If you are a typical working artist, or an artist who gets paid to make art, chances are you struggle with organizing your week in a way that allows you to do all the things that you need to do while also allowing time to create. This is a common problem for working creatives! Since most of us—although certainly not all—tend to buck against a solid, structured schedule, the result can often be an aimless, mental wandering. And then, somehow, the week is over, and we haven’t created anything.

This post is mainly for myself. I struggle with this time and time again. The cares and other “busy work” items of the week crowd my schedule and, before I realize it, five more days have passed and I haven’t done anything that an “artist” should do.

If part of your job is to be creative and make new things, I want to offer some super practical advice I’ve learned in 15 years of being a “professional” artist. That’s not to say this advice is always a part of my weekly routine—in fact, I usually fail more than I succeed—but here are a few things I aim for.

So I hope this will be helpful for those who struggle to be an artist, even in their “creative” job. (Again, this post is not primarily for artists working at other, non-artistic jobs, but rather those of us who have some element of “creating” as an assumed part of our jobs.) Striving to implement a little bit of structure into your work week will not, as our instincts tell us, hinder you, but instead will help free you up to make things.

Fight for Time to Create

First of all, let me say that I understand that many of us have jobs that do not currently allow for space to simply be creative and create. Sometimes that’s just the nature of the job we have. A million different things push and pull for our attention, and the first thing to go is any time to create. If that’s you, don’t be discouraged! That may just be your stage of life right now.

However, I will say that if you consider yourself an artist, and if that’s part of your job in any capacity, you’ll have to fight for the time to create. It might take a slow and steady change, but if you care about creating, you need to fight to have some time to do it.

This also means fighting your own apathy to create. To my horror, I recently realized that I’ve been packing my week full of meetings and tasks with the assumption that, ‘I’ll write in the down times.’ I’ve been approaching it completely backwards—I haven’t been fighting for time to create! Instead of scheduling everything else around my times of writing, I assumed I’d write whenever I found free time. Which means I’ll never do any writing—because there’s always something waiting to fill up every free second.

Instead of the write-in-the-downtimes approach, I’ve begun striving to schedule creative time, and then to build everything else around that. It’s so tough to do this, and most weeks I fail more than I succeed, but I’m trying! If you’re like me, everything inside of you hates the idea of a specific, set time to create! “Schedule” creative time? What if I don’t feel inspired during that “scheduled” creative time?

I’m reminded of something that Mason Currey relates in his book, “Daily Rituals.” He quotes author William Faulkner as saying, “I write when the spirit moves me, and the spirit moves me every day.” George Balanchine, the famous choreographer, similarly quipped, “My muse must come to me on union time.” In other words, if being an artist is your job (or even part of your job), you should be creating routinely, whether or not you “feel inspired.” A surprising majority of the artists profiled in “Daily Rituals” say something along the lines of, “Inspiration is for amateurs.”

For me personally, I schedule creative time for at least a couple of hours several times a week, always in the morning (usually 9am-12pm). I’ve learned that I’m at my best and freshest in the morning. My mind is rested, my senses are more alert, and maybe because I’m still waking up, I tend to not overthink it. I just create and let it be what it is. I can edit later.

Schedule Everything Else Around Creative Time

Another reason I prefer creating in the morning is that I’m not encumbered by the things that pull my focus and attention away from the freedom of writing. Meetings, email, and even necessary to-do list items crowd my brain if I do them in the morning, and I’ll be thinking about them the rest of the day.

That means that, as much as possible, I do my best to be proactive in setting my schedule around times to create. There will always be things that interfere, which is just part of life. But as much as it is in my power to do so, I try and follow a few “rules” for scheduling my week to keep as much creative time as possible.

These are uber-practical ideas to keep other jobs’ tasks in their place and allow my creative time to be free and without stress. They are general ideas for time management. Here they are, in no particular order. Take what’s useful for you in your context.

A common theme in most of the above considerations for time management is to archive. In layman’s terms, archiving something means “forget about it until you need it.” It’s the concept of putting something in a place where it can be found, but can also be forgotten for the time being. Jotting down something you need to do in Wunderlist allows you to free your mind up until it’s time to do that. Snoozing emails cleans up the stress of a growing inbox until it’s time to handle that particular email. Taking notes and archiving in Evernote means you can free up mental space for that subject until you need to go look at it again one day. Be like a librarian who knows where things are stored and can pull a specific book when need arises.

I think we could go on and on, but hopefully this sets the stage for you to examine ways you can begin to structure your work habits to free up significant blocks of time to create.