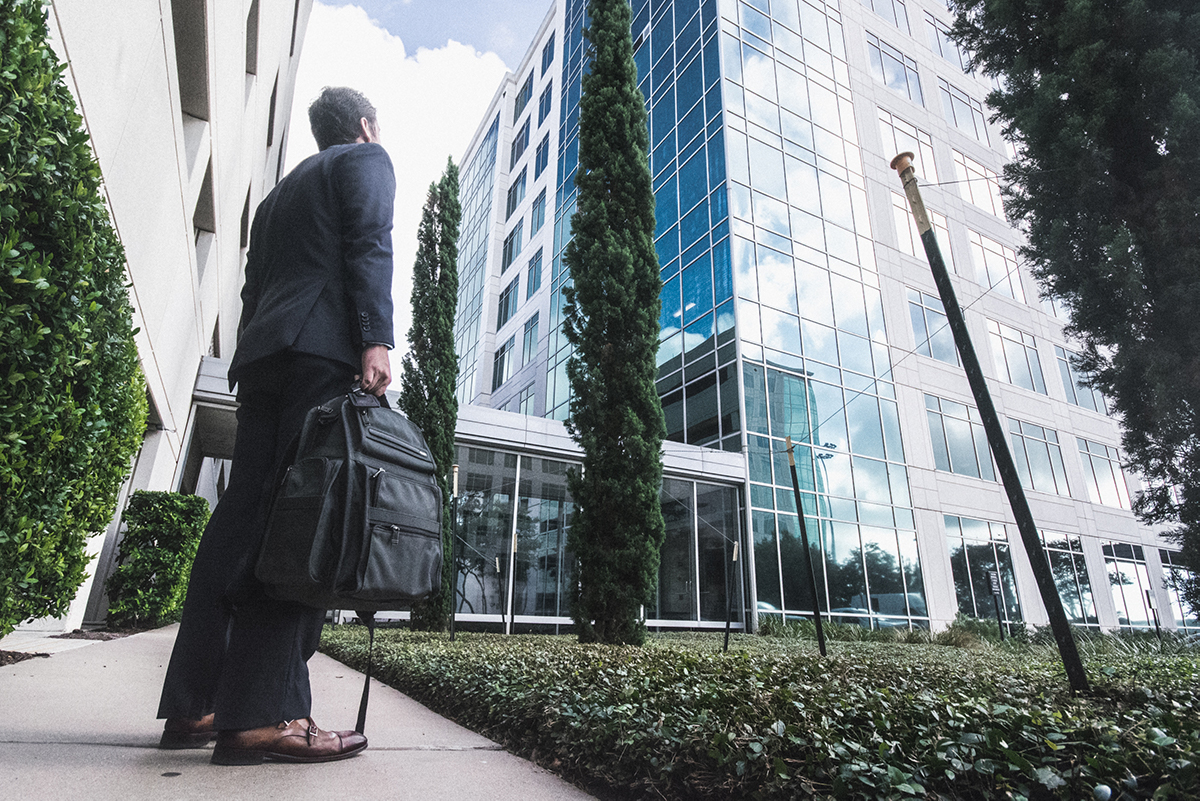 Over a year ago, Van Putman sat in a high school gym in downtown Austin, listening to a preacher teach about reading the Bible with people who do not believe in Jesus. Van held a single sheet of paper in his hand. On it were simple instructions, questions to ask, and a list of passages to study. On it he saw everything he needed to start a Bible study.

Van was part of a new team at a financial planning company, and he wanted to ask some of his colleagues to read the Bible with him. So the next morning he approached Hunter Lloyd, his boss and one of the company’s co-founders, and asked him about starting a Bible study. Hunter, who is also a follower of Jesus, was completely on board. Hunter and Van agreed to start asking people on their team if they wanted to read the Bible. “I just remember going to some of the guys, showing them the guide, and asking, ‘What do y’all think about getting together for 30 minutes and reading the Bible?’” Several people were interested, and they decided to meet the following Thursday morning.

Van was excited and looked forward to their first meeting. But at the same time, he was a bit nervous. In college he led a Bible study, and that experience still weighed on his mind. Back then, he felt like he had to know all the answers, that he had to do everything right, and that the pressure was on him. But the words of the preacher echoed in Van’s mind: “You and I can’t screw up somebody’s salvation. God’s the one who does the work of saving.”

On that first Thursday morning, Van was leading the meeting alone, because Hunter was out of town. Seven people showed up, and they read chapter seven from the gospel of Luke. Right away, Connor Greenberg got very excited. Not realizing what passage the group would be studying, Hunter had shared Luke 7 with Connor just the night before. Van recalls Connor’s reaction: “He started sharing the truth of Luke 7 with us. And then he said, ‘Guys, I grew up my entire life believing that a relationship with God was going to church and doing all these things for Him. I just realized that I didn’t know the weight of what He’s forgiven me of.’” Van was shocked at this immediate response. He had done nothing but open the Bible and ask a few questions. Yet it was clear that God was already at work preparing hearts to hear His Word.

Van, Hunter, Connor, and many others from their team began to study the Bible every week. Today the group has grown to over 20 people, and they have made their way through the gospel of John and then into Romans. “We’ve got some people who I know have not stepped into a church in a very, very long time, who are all there just reading the Bible together,” Hunter shares. “It’s a place where they don't feel judged, and nobody is there to speak over them and show how much knowledge they have.”

What is remarkable to Hunter is the change he sees in the culture of his team. “It’s created a team camaraderie and a place where we actually know each other’s life stories,” he explains. “I’m able to speak and coach in an entirely different way—that’s gospel-centered—because they come to the Bible study. They know what we believe, but then they actually get to see it applied.”

This culture developed because of the simple idea in the sermon Van heard: read the Bible with others, and ask them what it means. “We’ve tried different resources,” Van says, “but from the get-go, our group has benefited the most from just opening up God’s Word and seeing what we can learn.”

But they see more good in this than just a better team culture. Connor has discovered what it means to follow Jesus and to have a community of believers encouraging him. “Because of this Bible study, I try to read my Bible every single day,” he says. “Van and I have check-ins on a weekly basis about how our weeks are going and how our walks with Jesus are. It’s been awesome having people like this in my life.”

Van has discovered a ministry in his workplace in which the pressure is not on him to perform at a certain standard for God. He now sees the kind of disciple-making that Jesus invited him into, one with a burden that is easy. “This is about God and His name going forward. God has given me a sense of freedom to know that it’s not about how you perform. He’s taken the pressure from me.”

It was not the small sheet of paper with simple instructions, a few questions, and a list of Bible passages that changed a culture and helped people see Jesus clearly for the first time. No, these eternity-shaping changes came from the power of the Holy Spirit working through normal people who were willing to be obedient and proclaim the gospel.