All Things In Common 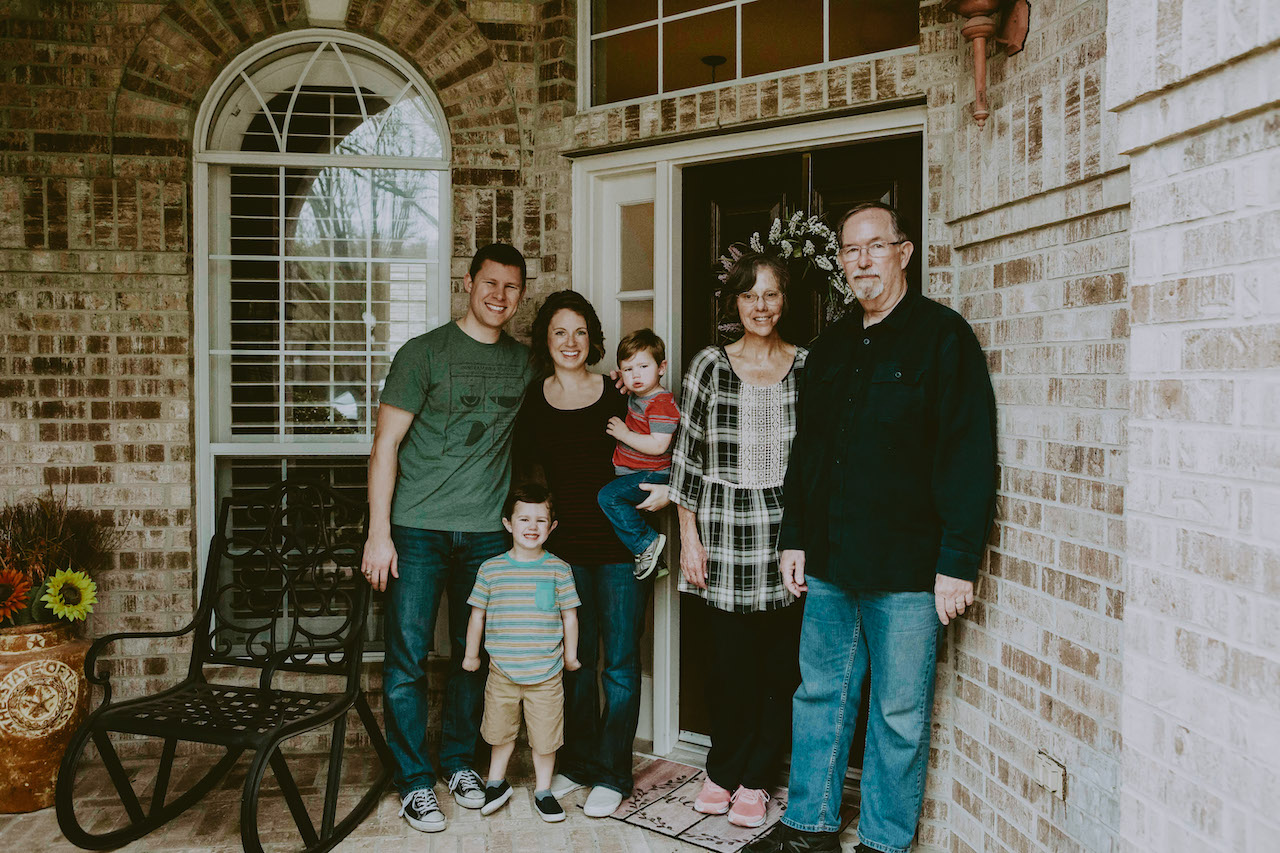 A little over a year ago, Allison and Craig Jennings stood on a plot of dirt in Leander, Texas, where now a cozy home has been erected in its place.

But as their family of four transitioned from living in Round Rock to their new home in Leander, the Jennings needed a place to stay for three months. Another family from The Austin Stone Community Church decided to meet that need. Though they had never met, a kind woman named Benny Evans reached out to Allison on Facebook and invited the Jennings to come stay with her.

Benny and John Evans lived alone in a big house with plenty of room. They bought it specifically to bless others, including goers, and they always loved to serve. In fact, they refused to accept any payment when the Jennings inquired about paying them rent. “This is free of charge. You’re family,” Allison recalls them saying. She remembers that tears streamed down her face as she stood in their kitchen. “I was amazed at their hospitality—that they would do that for us.”

It was a simple decision for the Evans. “We would never charge anybody rent,” Benny says. “After all, the early church in the book of Acts shared what they had. They were a community.”

The Evans welcomed the Jennings family with open arms—clearing out half their pantry and cabinets, offering their swimming pool for the children to splash in, and making a spot for the Jennings’ car in the garage. Things that the Jennings forgot in the scramble to move, like towels and laundry detergent, were thoughtfully provided. Nothing was off limits. Benny and John only requested that the two families sit down to a meal every night. “I appreciated the evening meals, because eating together is what a family does,” Craig says. “The Evans made it clear that we were all family.”

As time passed, Allison and Craig realized that becoming family also meant revealing their messier sides. Craig admits that it took time for him to adjust to living in a completely new environment, and Allison struggled with a self-imposed pressure to present herself as perfect.

“Because the Evans were so hospitable, I wanted us to be good houseguests,” she says. “I thought there must be something they expect from us in return, so I imposed standards on myself to meet.”

Yet as the two families deepened their friendship, Allison and Craig came to understand that the Evans had no pretenses. Like the early church’s model, the two families had “all things in common” (Acts 2:44). They shared everything.

“We knew that this was God’s house,” Benny says. “It was never ours. We wanted this place to be a house on a hill, a light. God immediately opened our hearts, and we found it easy to accommodate others and serve them.”

She and John insisted that anything in their home was a free gift. They even rearranged their schedule around the Jennings’ activities. When Allison and Craig could not hide their family’s everyday drama—disciplining the children, arguments, stress—Benny and John simply accepted them as they were. The Jennings saw so much of the gospel manifested through the Evans’ love, and the walls fell between them.

“My perfectionist, approval-seeking self realized that I don’t have to live this way,” Allison remembers. “A lot of the time, that’s how I see my relationship with the Lord. What are the standards that I need to meet to maintain my standing with God? That is not the gospel. Jesus fulfilled all those expectations and standards on the cross.”

She and Craig believe that the Lord worked through Benny and John to encourage them to show Christ’s love and empathy to other neighbors. As the Jennings have settled into their new house, they have made greater efforts to reach out to their neighborhood. Each house might have a neat exterior, but community forms when people peel back the layers and get to know the neighbors inside.

“There is a mess happening in every single home,” Craig says. “We need to spend enough time with people so that we can’t keep the masks on and our messes are exposed. But then it’s also important to show each other that God is the one who takes care of our messes.”

“Because of the gospel, people don’t need to pretend anymore or hide from who they are,” Allison adds.

The Jennings have sought to follow the Evans’ example, inviting a woman named Laura to live with them in their new home. They are seeking to share “all things in common” with her and ensure that she feels at ease with them. Experiencing the Evans’ selfless hospitality taught them that home does not necessarily mean the four walls of a house that they can claim as their own. “Home is the space where we feel comfortable being ourselves,” Craig says.

The Jennings firmly believe that creating that sense of home for others helps them experience God in radical ways. To love their neighbors means to accept and love them as they are, just like Christ does.