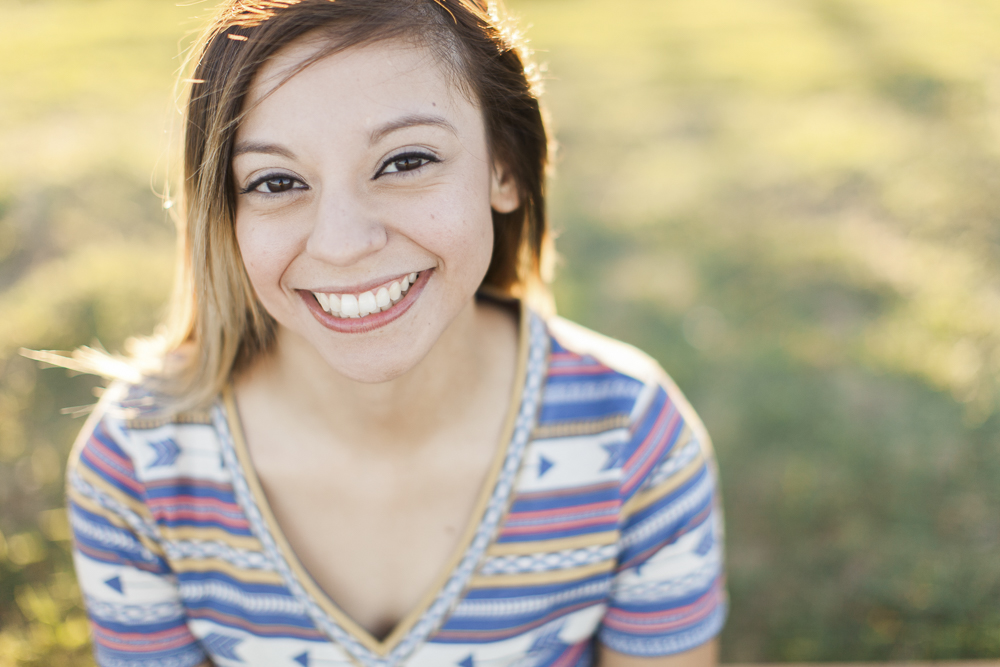 Building walls and submitting to fear is how Anahi Garcia remembers growing up.

Raised in a devout Catholic family, Anahi always believed that good works and moral behavior would earn favor for her in God’s sight. After 18 years of trying to be perfect,  memorizing the Ten Commandments and finding her identity in religious sanctions, the fear that she could never be good enough for God took root in Anahi’s heart.

As she continued to build walls around her heart and fail to measure up, Anahi felt worthless. With nowhere to turn for hope, she began to rebel against the rules that once gave her an identity. Her desire to be adequate was replaced by apathy. Anahi became defiant in an effort to push people away and protect her heart from truly being known.

“I felt like I had to keep myself from getting hurt,” recalls Anahi. “So, I hid behind an attitude of not caring.”

In the midst of her rebellion, Anahi’s best friend, Adly, saw through her hurt and invited her to church. For the first time, Anahi heard about Jesus and learned that he wanted more than good works—he wanted a true relationship with her.

Through developing relationships at church, Anahi’s heart began to soften. She felt like she belonged in her community and believed that her life had purpose. She was learning more about the Bible and even taught Sunday School. Still, Anahi realized her identity continued to be found in doing good works.

“I was so involved that I would forget why I was doing those things, and for whom,” Anahi remembers. “I was so into church, but not really into knowing God.”

God began revealing the true freedom he desired for her through a book called Jesus > Religion. As Anahi was reading the author’s story, she realized that true life doesn’t come from doing good works, but from knowing the God who created her and loves her even in the midst of her sin. As God showed her his true desire to be in relationship with her, the belief that she had to earn his love was shattered. In its place, God set a new foundation for Anahi that was based on a hope in Jesus’ righteousness and his unfailing love for her.

The love of Jesus freed Anahi to love others and released her from her works-based faith. Though she once pushed people away out of fear, Anahi now intentionally pursues relationships with her family and coworkers in the hope that they will experience the freedom she has been given in Jesus. Her once apathetic heart now believes that God has a purpose for her life. Though it’s easy for Anahi to slip back into a works-based mindset, she clings to the truth in God’s Word and is reminded that her hope in Jesus gives her true life, freedom and identity.

‍“We have this hope as a sure and steadfast anchor of the soul…” (Hebrews 6:19).