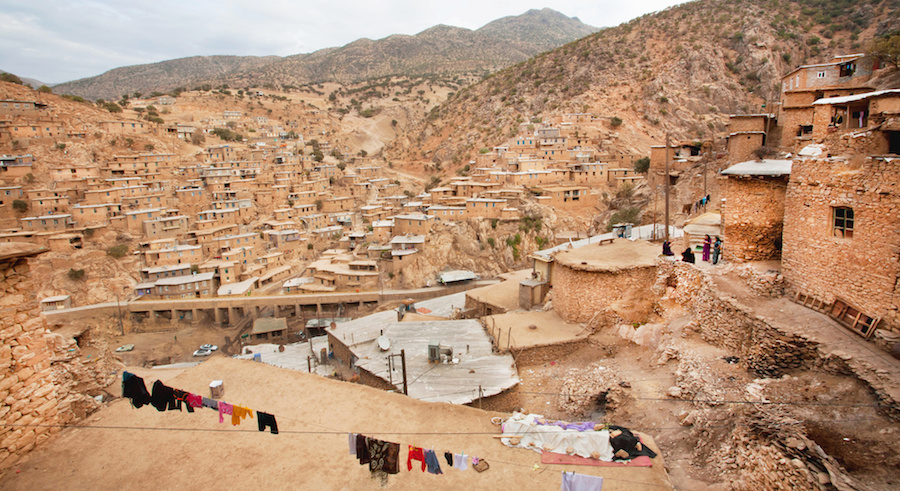 The work of sowing is hard and slow. When a farmer wakes up and looks out at the field he planted the day before, he may not see even one green sprout poking through the blanket of freshly tilled soil. But he does not think, What a waste of time! Rather, he puts on his boots, grabs some seed, and heads out to the next field.

Every morning, Blake wakes in a strange land, surrounded by food, language, and customs not his own. Every morning, he looks out across vast fields of lost souls, each field marked by idol worship and myriad false gods. Some days, the depth of need threatens to overwhelm him. Nevertheless, Blake goes out to sow. Even when the fruit of his labor seems absent, he continues to practice what he preaches: obedience.

Blake was never a reckless, storm-the-castle kind of guy, but when God spoke, he was faithful. Early in college, he was a hard-partying frat boy who only made time for God on Sundays. Then one of those Sundays at The Austin Stone Community Church, Blake saw a film of a goer who had been killed while serving overseas. He was so touched by the story of sacrifice that he called his roommates to tell them about it and went to two more services just to see the film again. Soon after, Blake heard a sermon by Andy Kampman on going to the nations and signed up for a missional training program that same day. He also began to notice the numbers four and twenty appearing in tandem with irregular frequency. He felt this was the Spirit drawing his attention to Mark 4:20: “Others, like seed sown on good soil, hear the word, accept it, and produce a crop—some thirty, some sixty, some a hundred times what was sown.” He knew obedience to this verse might mean a long-term commitment to serving overseas and began pursuing the idea.

In the training program, Blake worked with dedicated mentors to gain firsthand experience sharing the gospel in everyday environments. Though quiet, he was observant and eager to learn. As he grew in knowledge, he also made some big changes, including quitting his fraternity, finding new roommates, and going on a short-term trip to Southeast Asia.

Blake landed a steady job, but instead of throwing himself into his career, he continued to focus on evangelism. He was active in a Missional Community group that regularly engaged in sharing the gospel door-to-door in Austin. After a couple years, he felt the need to expand the ministry and began leading a similar group farther south. Although working full-time, his group dedicated one day a week to worship, another to outreach, and another to following up with the people they had spoken with. “Sometimes all of my evenings and weekends were spent in the harvest,” Blake recalls.

About a year ago, an opportunity arose to serve overseas full-time. God opened the door, and Blake walked through it, even though it meant living in a country about which he had once said, “I’ll never go there.” Now, he is not only sowing the Word there but teaching others to do the same. For weeks at a time, he and a teammate travel to villages in the region where they train local believers in evangelism, equipping them to plant churches which in turn plant more churches.

Four and a half years passed between the day Blake signed up for the missional training program and when he moved overseas. Today, he can see how the experiences God gave him during those years are coming together for a greater purpose. Local believers can be intimidated by the task of sharing their faith with neighbors and strangers alike, but Blake is not asking them to do anything he has not done himself. He can encourage them with stories about sharing his own testimony door-to-door or baptizing several of his own friends and family after months of prayer.

Blake also continues in personal growth as God teaches him peace and patience in the midst of an unfamiliar and chaotic environment. God is providing abundant opportunities to visit and train regional pastors. His team is learning to be flexible and adapt to the needs of those they serve, seeking balance between reaching new areas and strengthening existing disciples. His team is also learning to better understand and support one another, daily asking tough questions like, “Have I done anything to hurt you?”

Blake sees himself as a weak vessel being used for God’s glory. He has yet to witness the hundredfold harvest of Mark 4:20, but he is seeing progress. Most importantly, he is faithful to keep sowing, trusting that God is at work and that seeds are taking root beneath his feet.