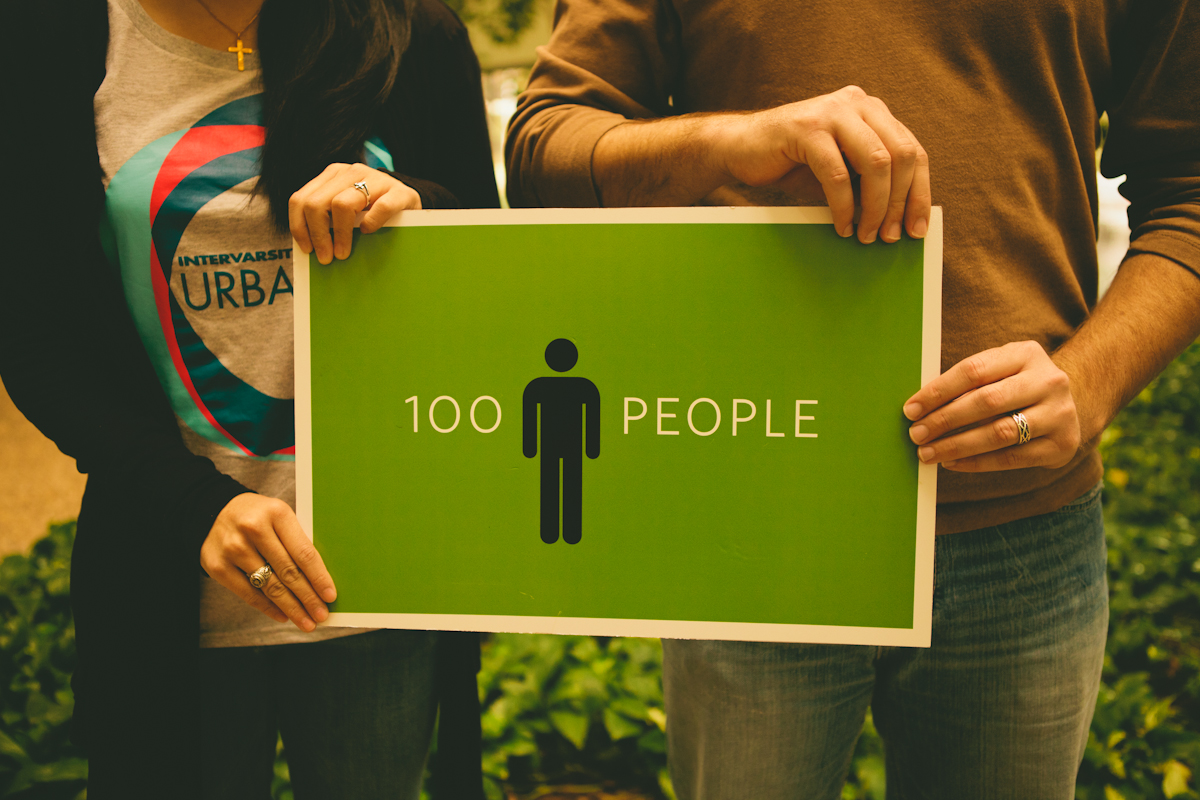 From day one, the Smiths weren’t your average couple. Within a week of their first date, they were already talking about a future as missionaries abroad. On their wedding day 19 months later, the two shared their dream by presenting a video to their awestruck guests, detailing their story and calling to go overseas.

But at that point they had no idea when or where God would be sending them.

“It’s a very big piece of our marriage and our dating relationship,” Saul said. “There was a sense of joy knowing we both had the same calling. God has really given us a burden and a heart to fulfill the great commission. We feel the call on our life is to go to the people that have never heard the name of Jesus and see the gospel planted.”

The Smiths knew they wanted to dedicate themselves to sharing the gospel, but they didn’t know the specifics until an opportunity arose for Saul to coach football in Asia, in a country where there is a high demand for American football coaches.

After taking a family vision trip in March and feeling a natural connection to the area and culture, they decided that Saul would take the coaching position and they’d move their family over 6,000 miles from their home in Austin, Texas.

“I have two passions in life – one is football and one is the unreached,” said Saul, a former high school football captain. “Being a football coach in Asia will provide a natural relationship with the athletes. There will be an instant respect with the 50 guys on the team and I’ll be able to have a father-figure role in their lives.”

While Saul is working with the athletes, Jamie’s ministry will be with their neighbors and at playgrounds while she takes care of their nine-month old son, Todd.

“It’s gotten more and more real with buying a one-way ticket and selling our cars,” Jamie said. “I’m excited to get to know their way of life. While we are over there, we want the people to realize that we truly love them. We have a deep passion for these people.”

When their son was born, Saul and Jamie’s friends and family believed they would cancel their missionary plans. Instead, they remained solid and turned their focus toward God’s plan in Romans 8:31-32.

“What, then, shall we say in response to these things? If God is for us, who can be against us? He who did not spare his own Son, but gave him up for us all – how will he not also, along with him, graciously give us all things?”

“These promises are secured because of what Jesus did for us on the cross,” Saul said. “With us moving to a semi-dangerous place, we can know and trust that if God sent his only son to the cross… how will he not give us all the little things we will need?

“I know it’s hard and people think it is risky. They might even think we are bad parents, but we believe it is worth it. God will provide and take care of Todd better than we ever will.”

The Smiths have committed to two years with the 100 People Network, but they said that if it takes five years or even their whole lives to share the gospel with those who need to hear, they will stay.

“Our goal during the first year is to get a handle on the language,” Saul said. “We will be taking 30-40 hours a week of language learning. Next, we want to see a long-term church planting movement happening to the point where missionaries like us are no longer needed.”

For the Smiths, they are ready to fulfill their calling that they’ve been dreaming about since they first started dating. “We’re looking forward to finally being at this place that God has been leading us to for so long.”