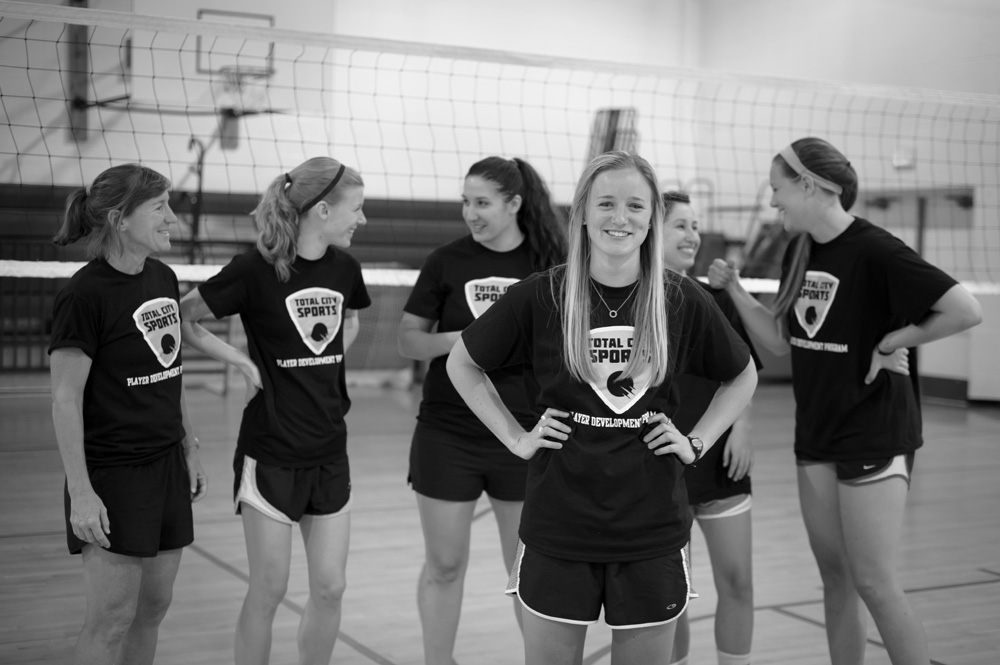 After a few months, Kate started to question what she was doing and why she was doing it. She enjoyed the fast-pace and competitive nature of her work, but she longed for more. "I needed community. I needed involvement. I needed to be plugged into a ministry," Kate said.

In May 2011, Kate found all those things. During announcements at The Austin Stone Community Church, Kate learned about an interesting opportunity--Total City Sports. The organization exists to develop Austin's next generation of athletes and leaders by increasing participation in sports. That summer, Total City Sports was looking for coaches and mentors.

Kate grew up playing sports, and she remembered the pivotal role coaches and mentors played in her own life. They directed her toward Jesus and encouraged her to be a leader. She wanted to be that person in someone's life.

The next few months were busy, busier than any other time in Kate's life. She worked from 7 a.m. to 6 p.m., coached a team from 6:30 p.m. to 9 p.m. and then played volleyball with fellow coaches from 9 p.m. to whenever they chose to quit playing and go home. Although Kate should have been exhausted, she wasn't. She was filled with joy that she hadn't felt in several months. She and five female coaches grew so close they even formed a Missional Community.

Kate also noticed the positive impact of the time she spent coaching. The girls on her team were less angry, and they began to trust Kate and the other coaches. One of the young players even said, "I never realized how much anger I funneled into volleyball. These coaches have helped me to deal with it."

By that fall, Kate didn't hesitate to apply when she learned there was an opening for a summer internship at Total City Sports. However, the internship required Kate to leave her job.

"That scared me out of my mind," Kate said when thinking about the process of raising support for her salary–something she had never done before.

Kate moved forward with the internship, but at times she was so filled with fear that she questioned the new endeavor, completely. She turned to God and cried out, "I don't know how to walk through this process of raising support." God calmed Kate's fear by encouraging her that He was in control and could be trusted.

God's comfort was freeing for Kate and gave her courage to turn in her two-weeks notice at her job. Every time she answered questions from her boss and co-workers about her internship, she became more confident in sharing her story about what God was calling her to do with Total City Sports. People around her even began sharing their own failures and successes, and they encouraged Kate to follow her passion.

Now, Kate describes her journey as a, "continuous state of beautiful refinement."

Kate Terry couldn't have guessed just how much her life would change when she moved to Austin. She had just graduated from Texas A&M University and was starting a new job at a local winery.