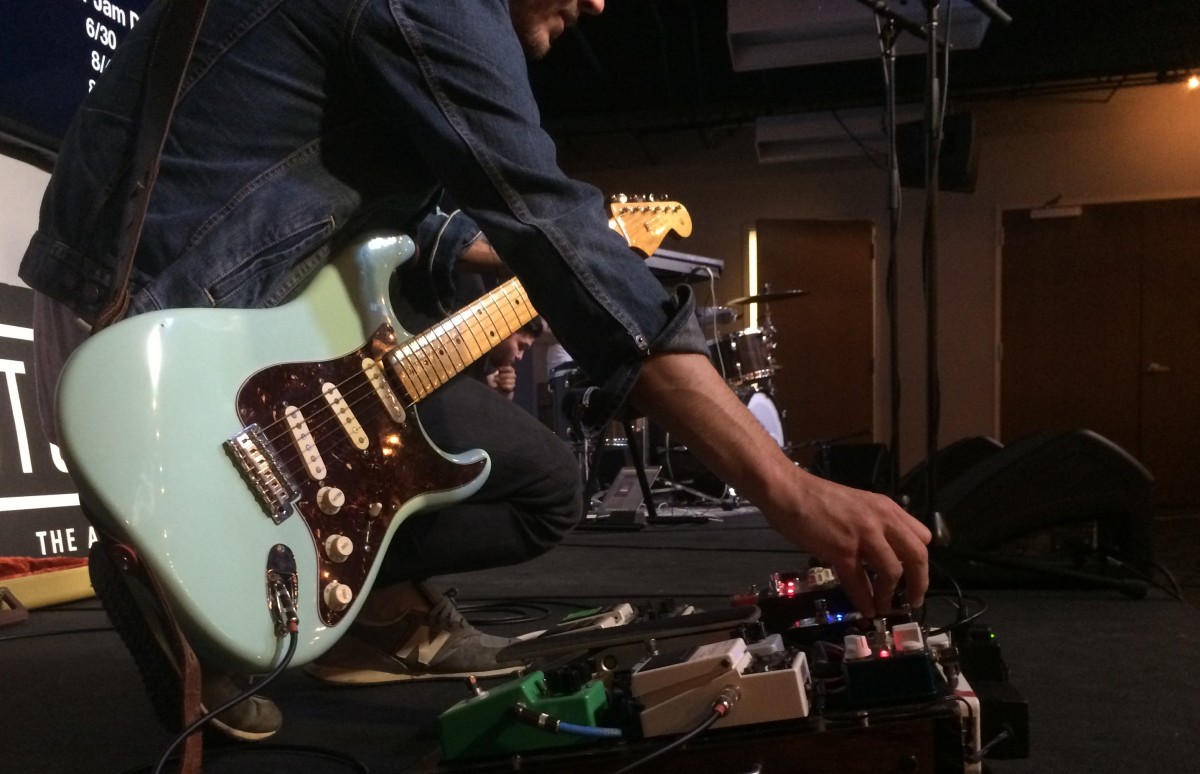 Even during worship services, we are constantly tempted to worship ourselves instead of Christ. One of the hardest times of this temptation for me is while I’m padding under a prayer, or playing music during an offering, Scripture reading, etc.

Here are some of the actions I’ve seen this temptation turn itself into. Whether you play guitar, keys, french horn, or whatever, and you “pad” underneath certain segments of a service, you’ll relate to some of these.

1. Not Knowing When to Pad

The times I’m supposed to pad or not pad are pretty sporadic and change every week. Do I play during the closing prayer, introduction, Scripture reading? If I don’t stay on top of it, I can end up padding at some awkward times. I could blame it on someone else, or I could admit that my selfish laziness before the service kept me from caring enough about the body of Christ to ask a few simple questions.

Pre-service production meetings are so easy to zone out on, but they’re the best time to get these questions answered. Does the pastor want me to pad through his announcements? Will the parent-child dedication be sans-pad? What about when they light the Advent candle?

2. Not Knowing What to Pad

The style and sound of your padding should say the same thing the speaker is saying. Your padding should be adding gravity to their words, not distracting from them.  Every time you pad should be tailor-made for the circumstance. For instance, don’t play all major chords on Good Friday, or all minor chords on Resurrection Sunday.

3. Seeing yourself as a summoner of the Holy Spirit

I hear jokes about this just often enough to start taking it to heart. “…then Wes, play the Holy Spirit intro music…” or something like that. What I hate to admit is there’s a part of me that believes this. Deep down I think that some people would leave feeling less of the presence of God if I weren’t playing my reverb-soaked refrains. Test your heart and see if this is even slightly true in you. If it is, avoid making, or listening to, jokes like these. When I believe this lie, I’m trying to be my own Jesus, because sending the Holy Spirit is His job. Music moves people, and that’s okay, but its power is no substitute for God’s.

This might seem insensitive, but hitting an off-key note during padding will, without fail, distract people from worshipping Christ. I’ve done it more times than I can count, and I’m not above anyone. But we should take this very seriously. If this is you on a regular basis, you’re either A, not yet fluent enough on your instrument to be padding, or B, need to play less busily. I try to keep all my padding at ⅓ of my skill level or less. This keeps me from being a distraction, either in the direction of flashy playing or sloppy playing.

Here’s the key — go unnoticed. You may need to decrease as Christ increases in your heart for your congregation. Decrease in stylistic hard-headedness, tonality, busyness, flashiness, laziness or a million other ways. If someone comes up to you this week and says, “Wow, that sound you were making behind Pastor Ted was terrible”, you clearly need to reevaluate. But if someone says to you every week, “Wow, your pads during that prayer sounded awesome!” that is just as much of a failure. The best music for a prayer is never remembered, but always felt. Never distracting from the truth, but always bringing it into focus.