3 Ways to Keep Kingdom Over Country 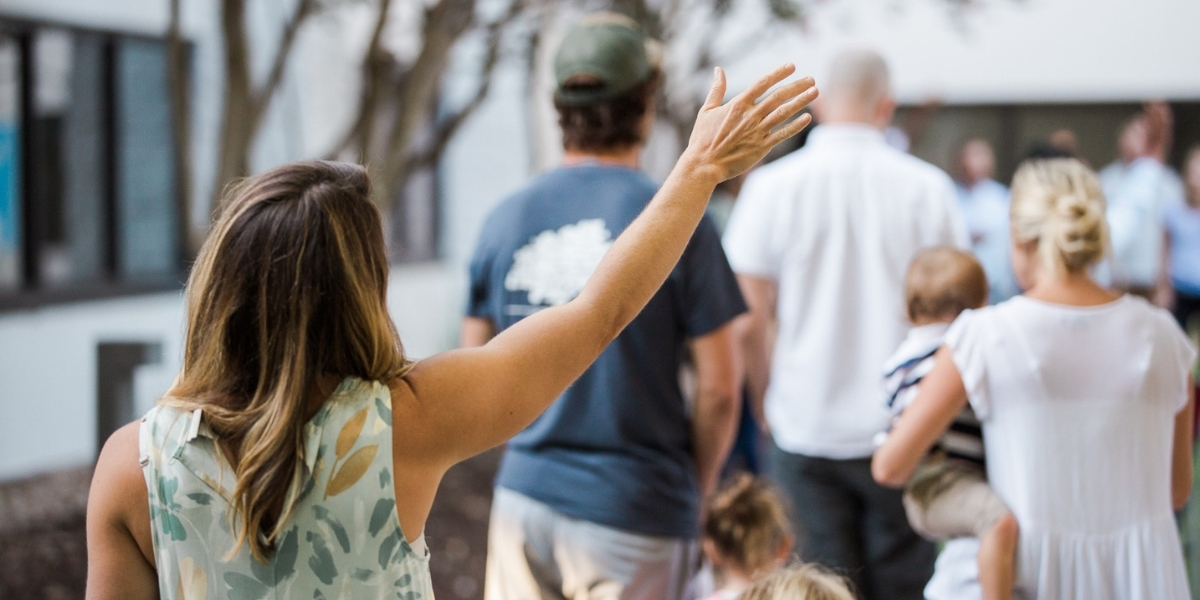 Although we have elections every year all over the country, the presidential race always brings our political ideas, conversations, and dialogue into sharper focus. It’s during these times where tensions tend to rise and our perception of each other’s differences shift from idiosyncrasies to threats that jeopardize the society we desire. Every opportunity to vote for Christians and non-Christians alike comes with the need to weigh and discern between various values, policies, and candidates. But there is one value and goal that is very specific to followers of Jesus. Christians uniquely have the responsibility to not merely consider who to vote for, but to do so in a way that honors our ambassadorial role to represent who Jesus is and what He is like to the outside world. Who we vote for certainly says something, but in a broken world with imperfect candidates, we will always have to choose between lesser evils and readily admit that we had to look past issues that pain us in order to cast a vote.

But I believe that even more important than who we vote for is how we participate in the political process. Re-read that last sentence. Who we vote for is not unimportant in our representation of Jesus to those who don’t believe, but it is less important than how we come to our conclusions and then express that to others. Political candidates and policies that serve over 300 million people are incredibly complex, but the way you act as you participate is much more clear. Deciding policies is complex, but expressing godly character is not.

Our greatest desire is not that the world would share our votes, but our faith. We don’t want our friends and family to have another Caesar as lord, we want them to know Jesus as Lord. Our Spirit-filled character in our politics gives credence to our Spirit-filled speaking about the gospel in our relationships. The church is always meant to be a prophetic peacemaker and a peacemaking prophet to the culture around her, but for what ultimate end? For specific policies? Sure, but that is far too small a target for the people of Jesus. Our greatest aim that extends over every other must be for new found faith in Jesus for more people. I want to give you three ways to keep Jesus’ kingdom over our country during this election cycle.

“Put on then, as God’s chosen ones, holy and beloved, compassionate hearts, kindness, humility, meekness, and patience …” (Colossians 3:12 ESV)

“I therefore, a prisoner for the Lord, urge you to walk in a manner worthy of the calling to which you have been called, with all humility and gentleness, with patience, bearing with one another in love …” (Ephesians 4:1-2 ESV)

The identity, standing, and relationship of love that we have with God in Christ is followed by a certain character. Interestingly enough, Paul writes to the church in Ephesus to honor their calling from God by walking in humility as he is a prisoner of the state. Even under political persecution, Paul, by the Holy Spirit, calls the church to be characterized by meek and compassionate hearts. Kingdom posture is rooted in humility, not self assurance; patience, not outrage; gentleness, not harshness.

We give weight and significance to the gospel of Jesus when we’re humble towards one another and humble about our political persuasions. We’re humble because the gospel we believe is the eternal reminder that our blind spots are so massive that Jesus died for us before we ever loved Him or knew we needed Him. We’re humble because all of us have changed our minds over the last 5 years on all sorts of topics and will continue to do so every 5 years in the future. We’re humble because every policy and position is limited in its ability to bring about the greatest possible good. Humility doesn’t remain silent, but it also listens. Humility doesn’t fear being wrong because it knows how often error clouds our judgement. Humility also doesn’t assume God’s Word is wrong because it knows where truth and authority truly reside. This kingdom posture sets up the world to see where faith in Jesus begins—in humility and repentance before God.

“Now who is there to harm you if you are zealous for what is good? But even if you should suffer for righteousness’ sake, you will be blessed. Have no fear of them, nor be troubled, but in your hearts honor Christ the Lord as holy, always being prepared to make a defense to anyone who asks you for a reason for the hope that is in you; yet do it with gentleness and respect, having a good conscience, so that, when you are slandered, those who revile your good behavior in Christ may be put to shame.” (1 Peter 3:13-16 ESV)

If you sacrifice the means of gentleness and respect for other people for the sake of the ends of political justice and righteousness, you’ll actually end up losing the very kingdom you’re attempting to bring. What I mean is that following Jesus is not a zero sum game where all that matters is bringing His Word and values to bear on the world around us no matter how we get there. The path is essential to the destination. This is not code for us to minimize the outcomes of justice and love, but it is a recognition that the ways you engage an issue end up setting the course for where you arrive. Paths of half-truths that feed our narrative, quick anger from suspicion, and unwillingness to listen patiently will not allow us to arrive at His kingdom because we used the tools of the very kingdom of darkness we’re attempting to overthrow to get there.

The means of God’s kingdom in a political season is to speak the native language of our Heavenly Father. His speech is truth in love, it is seasoned with the salt of good intent to build up the person in front of us, and it honors His very image placed on even the most rebellious worshippers. When we follow His lead in the way we speak about politics and elections, it sets up others to understand the kind of speech that is required to enjoy the love of God in Christ. No one enters the kingdom of God by yelling insults and demands at Jesus. They enter in by speaking the most gentle and humble words of confession of the deepest sort. It’s always scarier to speak in the ways of God because we can’t hide behind a hard exterior of pride, but instead embrace our limitations and need for love ourselves. But this is the way home to the Father and we want our words to cheer people on that path.

“What good is it, my brothers, if someone says he has faith but does not have works? Can that faith save him? If a brother or sister is poorly clothed and lacking in daily food, and one of you says to them, ‘Go in peace, be warmed and filled,’ without giving them the things needed for the body, what good is that? So also faith by itself, if it does not have works, is dead.” (James 2:14-17 ESV)

In so many conversations around faith and politics, it is easy to pit spiritual and physical realities against one another. A bit more nuanced approach may be to rank them in order of importance, with spiritual being ahead of the physical, but this is not the approach of the Scriptures. The categories are less neat and tidy with the physical and spiritual constantly overlapping and informing each other. In what has been a much disputed passage in James, it’s at least clear enough to see that spiritual faith is expressed in very earthly realities of need. This is why disengaging from thoughtful political conversations and voting should not be an option for us. It’s not that the government is the answer to every social need, that’s an entirely different article, but whenever we’re placing people into power who can affect the real needs of people, Christians should thoughtfully wade in. Though we’re the first to recognize the limitations of any human institution, the church included, we should desire to shape the way needs are met and resources stewarded to bless as many image bearers as possible. Again, this will be very complicated at a policy level, but we need not dismiss the potential for good in it.

Our engagement in seeking the common good communicates clearly that we have vested interest in this world because Jesus is going to make it brand new. Eternity will not be devoid of governing authority, it will simply be the only right, good, and lasting governing authority over us. Humans aren’t inconsequential beings with no future or meaning, but we know better than anyone the heights of joy or depths of sorrow that await every individual when they stand before God. Politics, like everything else in our life, should be done with the name of Jesus being honored above all. Not above all to crush our political enemies to the right or the left, but His name above all to lift everyone up in His love to join His kingdom that’s coming down forever. 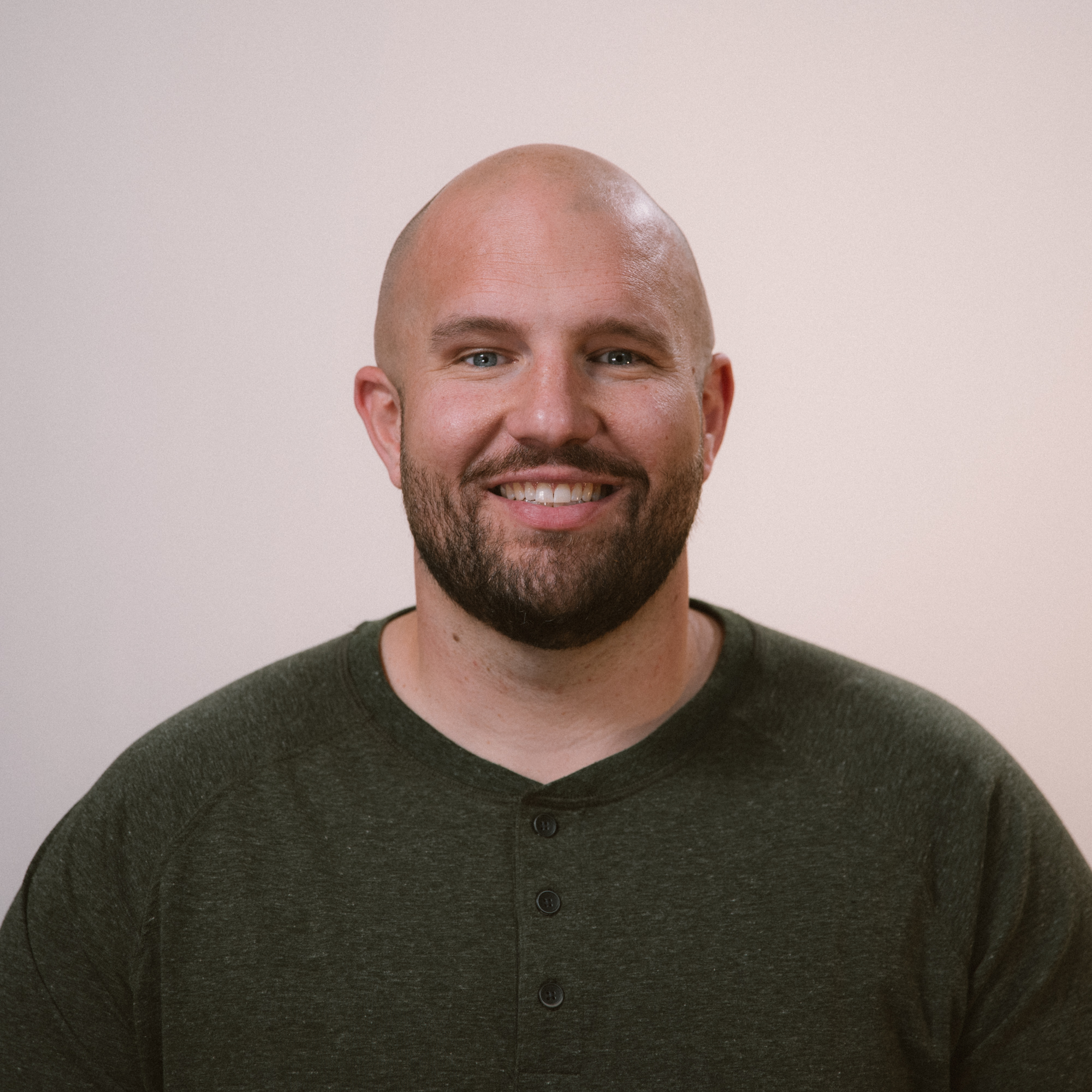