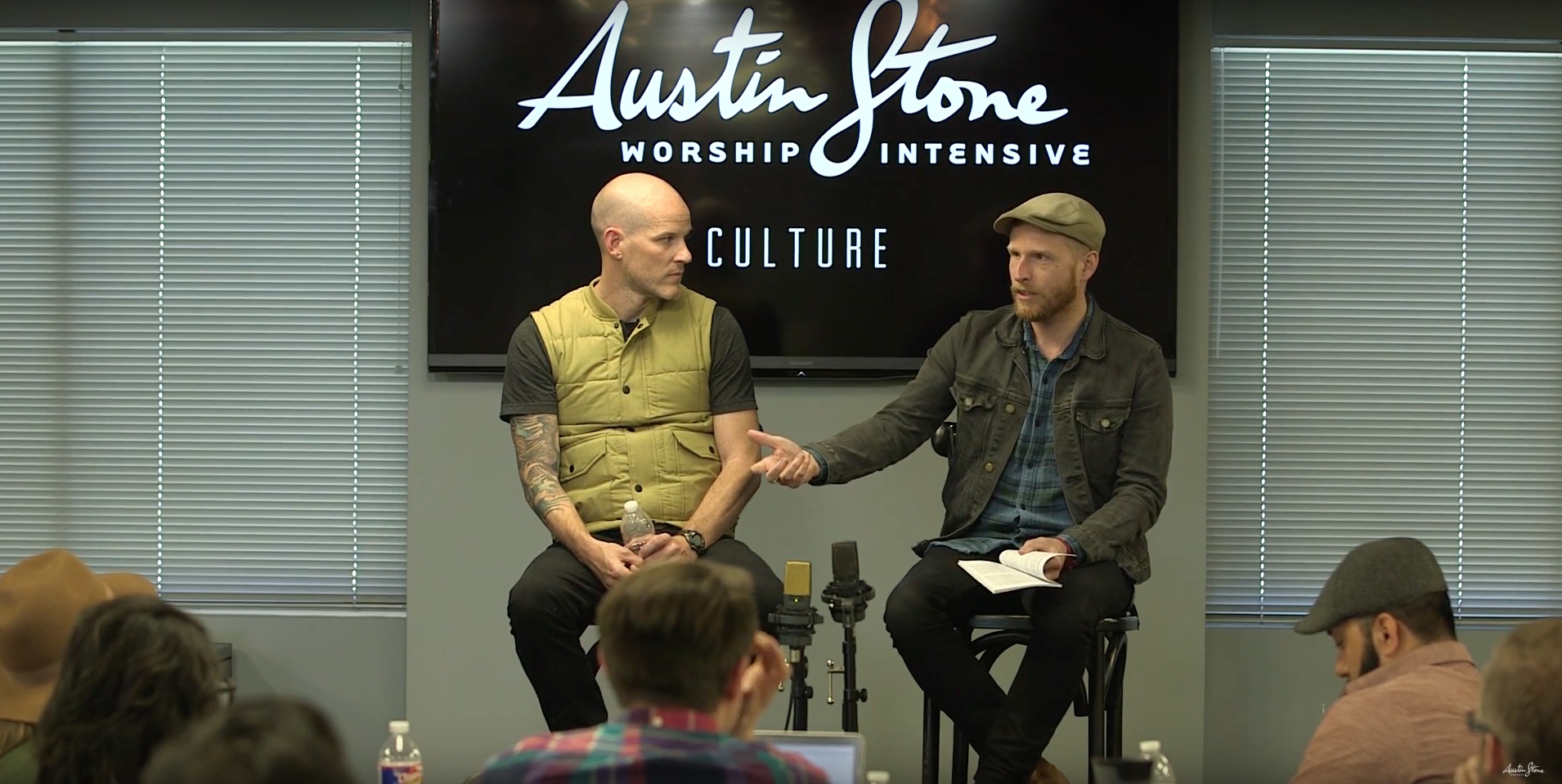 Aaron Ivey and Chris Collins explain how worship leaders set the level of engagement in the room so that worshipers have something to follow.

Aaron Ivey: A lot of this really starts with you guys. Your church will naturally follow your lead, whether you realize it or not. You might be saying, “No, I’m just this lowly worship leader, and the other pastor and elders do their thing,” but you’re just massively underplaying your influence on a given Sunday.

Think about it – on any given Sunday, if you’re the primary worship leader on that platform, you usually have the most amount of time that you’re in front of people. Usually worship sets are as long as, if not a little bit longer than, the sermon. You’re usually visibly up there from the beginning until the sermon and then after the sermon, so your influence is so much more than you might give yourself credit for. Things that you do, naturally your church is going to feel that.

For example, if you are known visually as this person who is engaged in worship, what you’re doing is freeing people up to follow you.

We had one of our campus pastors give one of our worship leaders a critique one time. He said, “Man, I felt like you were a little too expressive in the room. You didn’t really match the temperature in the room.”

Here’s the problem with that: You guys, we as worship leaders should always be more expressive than the most expressive person in the room. Why? Because you’re the leader. Leaders lead people to where they should go.

Your engagement with the Lord shouldn’t be fake or put together, but your natural overflow of engagement is what leads other people to also have the freedom to be engaged with the Lord. That’s why we like to see lots of people on stage.

We put microphones in front of almost every single person on the stage, not necessarily because you’re gonna hear them (because you can’t), but you see them being engaged, not just looking down playing their guitar. You see them engaged. Or when we have a choir, again, that’s an engagement call. That’s not an audio call. We want to visually represent as pastors: Here’s what it visually looks like to be freed up, to engage God, to run after Him, to be open, to be completely uninhibited in pursuing him in this short amount of time that we have.

Chris Collins: Countenance is a visual invitation, and whether you call it fake or not, you may not be feeling it. The other day my youngest son fell off of a tricycle and busted his lip, and I didn’t freak out with him. I mean, he’s bleeding out of his face, and the first thing I did was picked him up and smiled said, “Hey buddy, was that crazy?” And he just smiled, and he’s got blood all in his teeth, and he’s like, “Uh huh daddy.” And I’m thinking, “Do I have to drive him to the hospital?”

But he matched my countenance. I gave him an invitation to smile, to actually be joyful when inside of him he had dread. He just had this horrible experience. Guys, you may discount it, but that’s what you’re doing every Sunday.

If you get up there and you look like your cat died and you’re frustrated that nobody is smiling, nobody is engaged, nobody is raising their hands, I would say, “What are you doing?” Because they’re probably going to match what you do.

Sometimes you’ve got people out there with busted lips, and all they need is for the guitarist in your band to look them in the eye and smile. We’re singing about the joy of Christ, not passive-face playing a lead lick.

You can’t discount the importance of your engagement, your physical countenance, what you say, the accessibility of your songs, the melodies. If you’re having a hard time singing the song, nobody else is following you. Are you singing songs where the lyrics are rich but the melodies are easy to grasp onto and able to be sung? It all plays into that engagement piece.