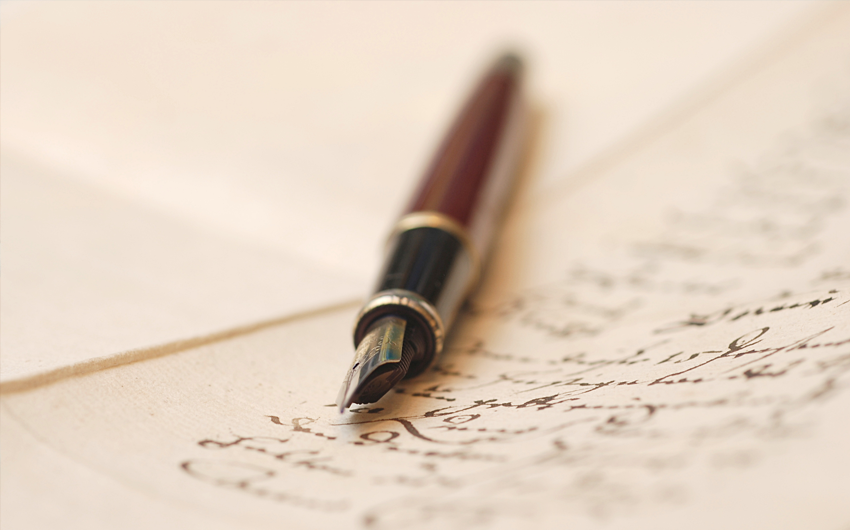 (This is the first post by Aaron Ivey in a 3 part series about songwriting.)

Let me start by saying that I feel really inadequate to be writing about songwriting, especially when I know so many of you reading this are great songwriters. I have learned a lot over the past 10 years of writing songs as a job, but I still have so much further to go. Songwriting is a skill that has to be constantly shaped and refined, and I, like you, want to keep getting better at writing. As ambassadors for the Gospel we are always compelled to grow in the talents God has given us.

I don’t know if you know much about World War II, but I ran across an interesting story about Adolph Hitler. We all know Hitler as one of the most devastating characters in our history. He was responsible for starting a world war, killing millions of innocent men, women and children, and many other horrific things.

What I didn’t know about Hitler was the story of him growing up. Hitler was an avid fan of art. He loved painting, architecture, and music. When he was 17 his dream was to become a famous painter. He studied paintings, he loved paintings, he dreamed of becoming a painter. In 1907 he applied to the prestigious Vienna Academy of Fines Arts to be a painter. He didn’t get into the school, but many years later we all remember his military stripping the museums and art galleries of all their beautiful art and adding it to his personal collection.

Hitler was a lover of art and painting…and early in his life (possibly through most of his life) historians suggest that what he wanted most was to paint. But do you know how many canvases Hitler painted on? Do you know how many paintings he started? Zero.

Historically, Hitler was crippled by fear. He never created anything because he was terrified. He couldn’t even pick up the paint brush to start a painting. Steven Pressfield, the author of The War of Art wrote, “Dare I say that it was easier for Hitler to start a world war than it was for him to pick up a paintbrush and face humiliation of creating something people would reject?” Now, I realize this story of Hitler is an extreme one, but it does make me think: Some of us are so scared to fail that we never create anything at all.

Some of you have fantastic desires to write, and have God-breathed skill, but are so scared of rejection that you’re crippled to write anything at all! Think about it this way: we were created in the image of the Creator. You were created in the image of the same One that designed stars and oceans and valleys and babies and centipedes. That sort of imagery calls us to a life of creativity. And as a leader who is intertwined with creative…you are called to lead by creating.

Our Role When Writing Songs

I believe it is a crucial part of our role as worship leaders, by following the Spirit’s leading, to place words on the lips of worshipers that they may use to ascribe worth and value to the King, Jesus. This is not the entirety of your role but it is a crucial piece. We need to take words and phrases and theology and arrange it in a way that it can be placed on the lips of worshipers.

In part 2, we’re going to look at how we can write songs that are Christ-centered, gospel-focused, and honest regarding the human struggle versus the sureness of God’s character.