Moms and a School in Need of a Savior 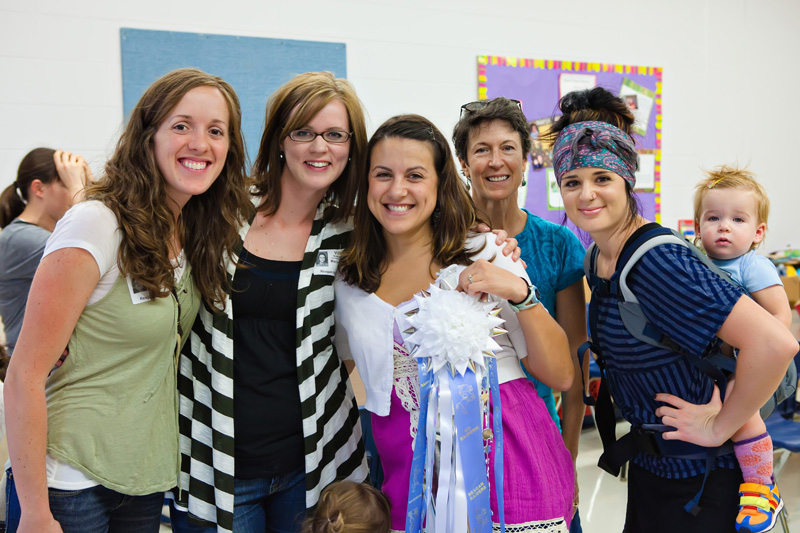 "We'd just moved here and we were looking for a way in," recalls Maris Bush.

Three years ago, Maris, a mother of two, and Jamie Ivey, a mother of four, attended task force meetings to find out how they could get involved at Reagan High School to help prevent the school's imminent shut down. Both women had adopted in the past, making teen pregnancy an issue they felt passionately about. "We had adopted, so we had a heart for teen moms anyway. We saw this as an open door," Maris explains.

Maris, Jamie, Chelsea Frazier, and a few others from The Austin Stone founded Moms for Moms, a group of women whose goal is to minister to teenage moms at Reagan High School. According to Maris, assistance from The For the City Network has proven essential as Moms for Moms has developed over the last two years. "They've really talked us through things, given us advice on leadership. They've been support for us and huge in helping us process through stuff," says Maris. "They post our needs and have been real cheerleaders for us."

As their ministry has grown and developed over time, so have the students who have come in over the years. The young moms (and sometimes dads) who come to the weekly meetings are a mixed group of freshmen through seniors. The meetings, which take place during lunch hour, consist of anything from doing arts and crafts to learning to prepare healthy snacks for their kids. "The goal is to, yes, point them to Christ, but also help them in day-to-day motherhood," Maris explains. "We want it to be a fun environment for them to be girls and have fun and feel like they can let their guard down and talk."

But this can take months of patience. "It takes a long time to chip away, to get them to trust and get them to talk," says Jamie. "Being there every single week has been something we've really had to commit to. They need consistency. They almost need you to prove your love to them." The consistency and commitment have been no easy task for the women involved. "It's hard," Jamie adds. "We've been there once a week for 35 minutes for the last two and a half years. But there have been a handful of girls that we've gotten to know well and still keep up with after they graduate."

Though the mentoring relationship starts in meetings, the group has seen the most development outside of the school setting. "We've had girls graduate. We've gone to birthdays, baby showers, hospital visits. We just find ways to take care of them," says Maris.

The mentoring relationship goes both ways, though. "They help us," says Maris. "That's what's so beautiful about our relationship. They encourage us - their fight, their lives, their kids - it's encouraging."

"I've learned it's really easy to live in this neighborhood and feel like you have it together and have a lot to offer," says Jamie, "but the truth is I'm just like them. The same struggles, same need for a savior."

Though they don't always see the results of their commitment and efforts, Jamie says they aren't discouraged, "We don't always see a lot of fruit from it, but when you serve, do you just want results or do you want to see God glorified?" Fruit or no fruit, she says, "I always feel like it's worth it. It is worth it."